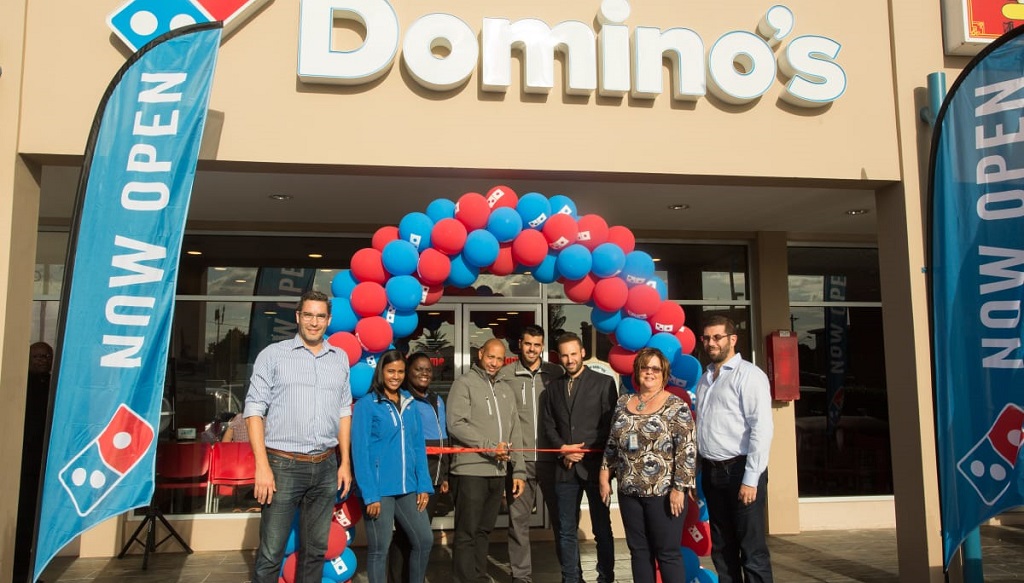 Domino's has opened its fourth branch at Piarco Plaza as the company continues to grow in Trinidad and Tobago.

In a statement issued following the branch's opening on March 22, 2019, head of the Domino's Pizza franchise, Daniel Fakoory and his partner Omar Hadeed, under the Quick Service Holdings (QSH) management company, said the pizza industry has been transformed.

“When we commenced operations, we were committed to offering improved customer service, faster and more reliable delivery, a superior product, a modern pizza theatre and smart technology. And in less than two years, we’re already being seen as a trendsetter for other pizza chains in the country,” says Fakoory.

Fakoory also referred to recent advertisings by a popular pizzeria claiming to have installed pizza theatres – an exclusive feature of Domino’s that allows customers to see their pizzas being made.

“Domino’s pizza theatre, a feature we first installed in the Ariapita Store in January 2018, is designed for speed, efficiency, transparency and most importantly fun! It’s setup along a chain from the moment an order comes in to the moment it goes out so it’s understandable that others would want to adopt this method, but nobody does it like Domino's,” he added.

The company said it has 'cornered the market' for online ordering, receiving, on average, 40 per cent of its monthly sales from its website www.dominos.tt and app, Domino’s Pizza Caribbean.

Fakoory said it shows that people prefer efficiency and comfort even when deciding on what to eat.

“Our short term goal for the website is to start accepting online payments through debit and credit cards, a feature we are very close to rolling out. However, even with the existing ability for payment with card-on-delivery via wireless Linx machines, we were miles ahead of our competition and our consumers appreciated this,” he added.

The francise is also in the final stages of completion for branches in Tunapuna and San Fernando.

The company added that for a limited time, customers of the new store will get 50 percent off their orders when they place it online for carryout only at the Piarco Plaza store, using the promo code GOLOTT.