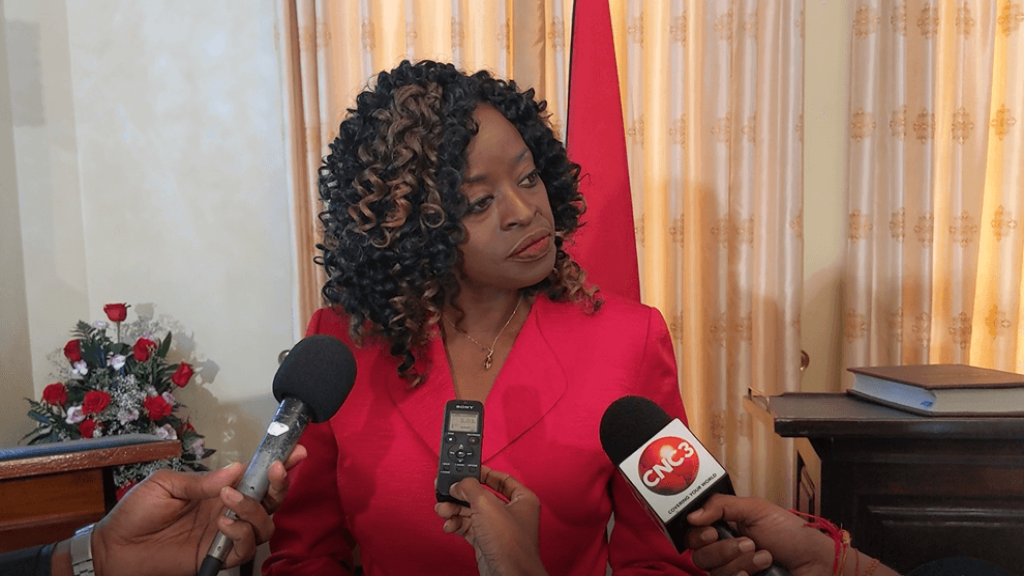 Communications Minister Donna Cox speaks with reporters after being sworn in on July 22, 2019. Photo: Darlisa Ghouralal.

Newly-appointed Communications Minister Donna Cox has pledged to ensure greater transparency and public education on the work of the Ministry.

This, as she said too often citizens are unaware of all that’s taking place in the background, while public spending is in the forefront.

Cox made the comment while speaking with reporters at The Cottage at the President’s Grounds, following her swearing-in on Monday.

The announcement of her appointment came via a media release around 8.30 pm on Sunday. 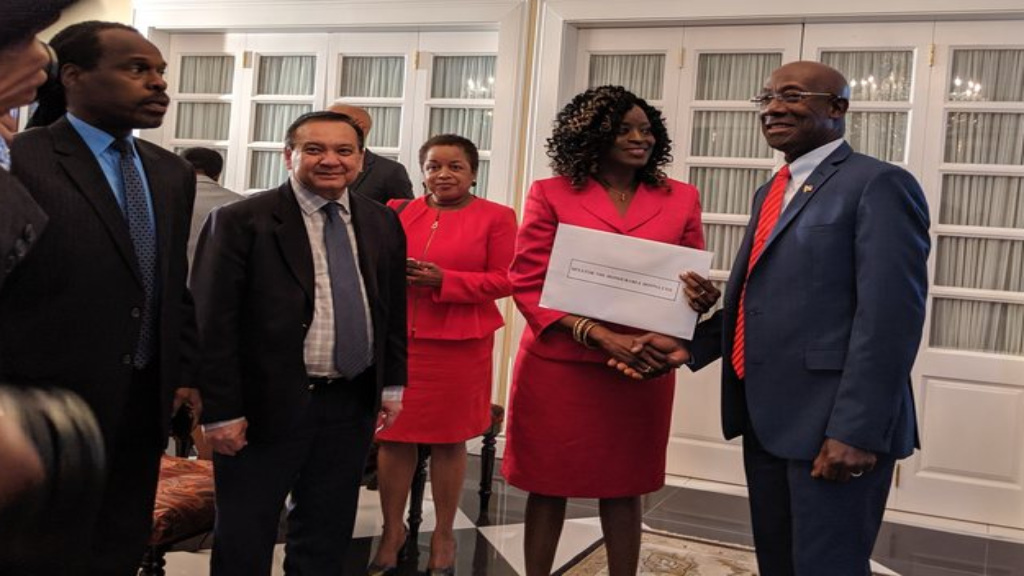 Young, who retains his National Security portfolio as well as his portfolio as Minister in the Office of the Prime Minister congratulated Cox on her appointment.

"I welcome the addition of Ms Donna Cox as the new Minister of Communications and pledge my continued commitment to serve the Country as the Minister of National Security and Minister in the Office of the Prime Minister," he said.

Cox believes that her background in communications makes her the right fit for the job.

Asked whether she felt that Young was overwhelmed by the additional portfolio and could not give his full attention to Communications, Cox acknowledged that the National Security Ministry is an enormous responsibility, especially given the current state of crime.

Regarding the upcoming election, Cox could not shed any light on what role she would play. 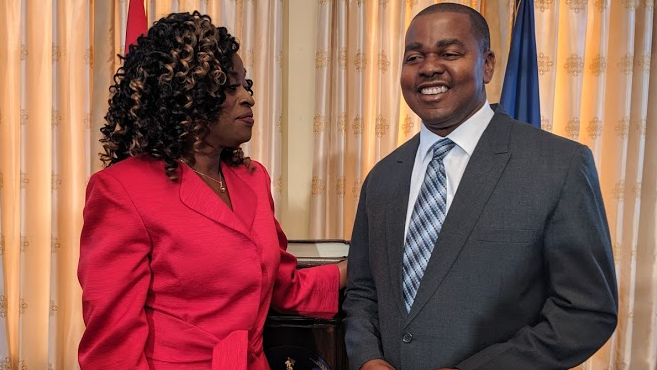 Meanwhile, Cummings, who will be replaced by Cox in the Senate, and was also in attendance at the swearing-in congratulated his colleague on her new appointment.

He said his focus will now be on the upcoming Local Government and General elections, given his role as General Secretary of the People’s National Movement (PNM).

“The focus right now is on the two elections, and that is what we are doing."

Asked whether a role in the House of Representatives is in the cards, he said, “I don’t know that it happens that way. There’s a screening process. Let’s see what the future holds.”