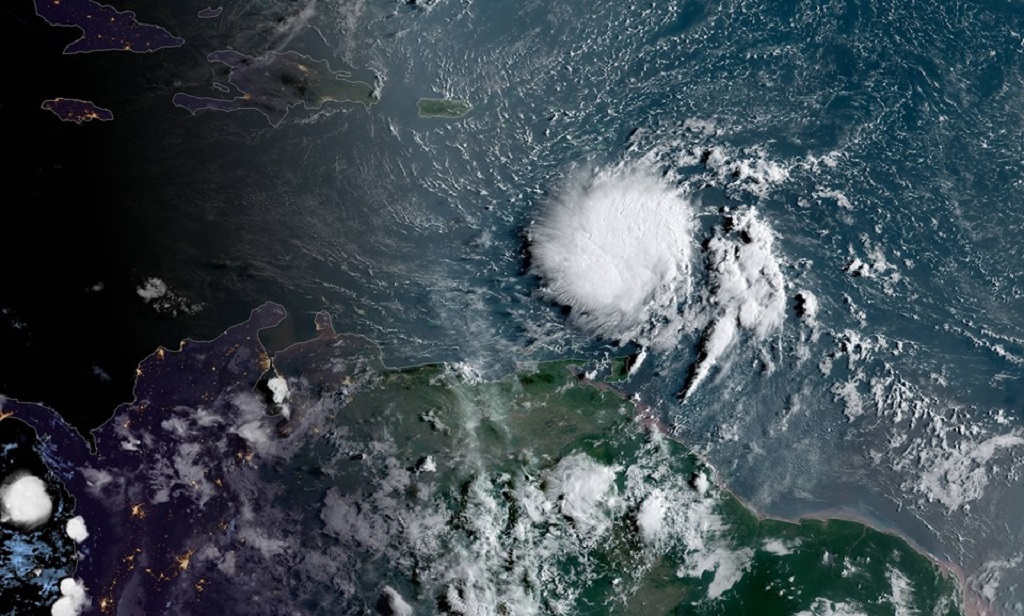 Although Barbados has been given the all-clear, Puerto Rico and the Dominican Republic are on hurricane watch as Tropical Storm Dorian continues to make its way over the Caribbean.

The storm passed over St Lucia on Tuesday morning, which was shut down from Monday evening at 6pm in preparation for the storm. However, the country has since discontinued its tropical storm warning.

In an update at 5am Tuesday, the NHC said that the storm, which was located about 45 kilometres southeast of St Lucia, is moving is moving west-northwest at 20 km/h. 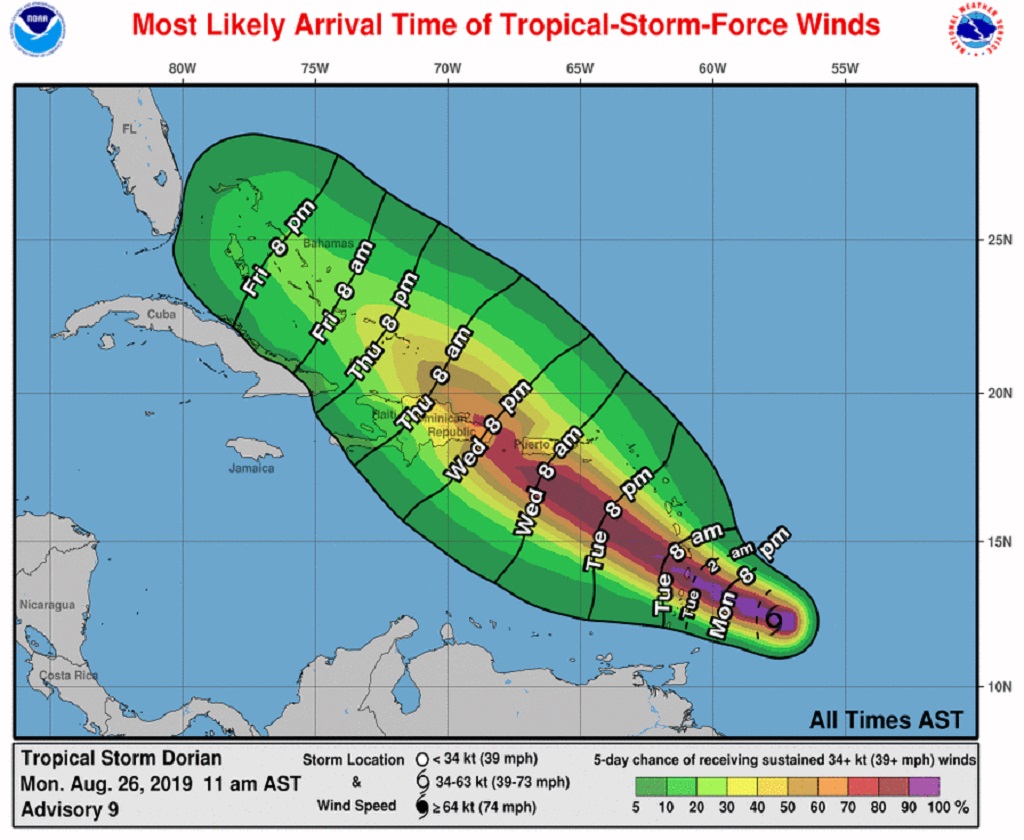 The centre of Dorian is expected to move across the Windward Islands and into the eastern Caribbean Sea during the next several hours. Slow strengthening is forecast during the next 48 hours.

The NHC said Dorian is forecast to grow to hurricane strength within the next few days, passing near or south of Puerto Rico on Wednesday, move near or over eastern Hispaniola Wednesday night, and move north of Hispaniola on Thursday.

The following is a summary of watches and warning in effect as of 5am Tuesday:

A Hurricane Watch is in effect for...

A Tropical Storm Warning is in effect for...

* St. Vincent and the Grenadines

* Grenada and its dependencies

All clear given for Barbados following passage of TS Dorian

St Lucia PM's message on the passage of TS Dorian