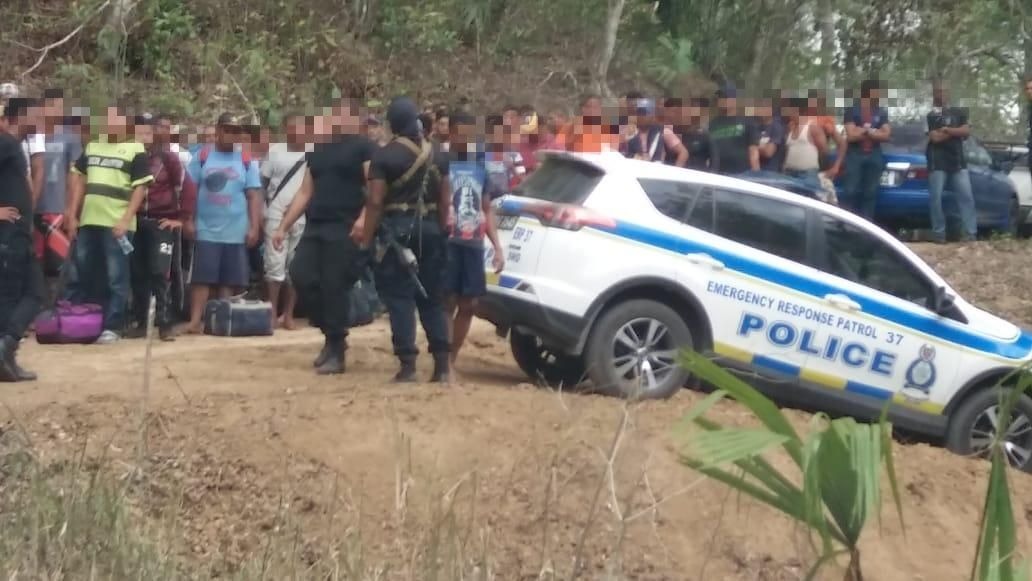 101 Venezuelan nationals discovered in an illegal camp in a Palo Seco forest on Wednesday, have all been processed by officers of the Immigration Division. They were reportedly given doubles, soft drinks and sandwiches after being documented.

The citizens from the Bolivarian Republic were detained by officers of the South Western Division at 1:00 pm during an Emergency Response Patrol in the Palo Seco district.

Two officers reportedly received information about the existence of a camp along Beach Road. They called for backup from the Santa Flora Police Station and proceeded to National Trace, Beach Road, where they discovered the camp in a forested area. There were 65 men, 21 women and 15 children.

Assisted by Leading Seaman Hinds of the Coast Guard, the officers secured the foreign nationals.

All detainees, with the exception of one man, have received an Order of Supervision document from Immigration Officers which permits them to leave police custody but make routine visits to Immigration Offices on specific dates in July 2019.

The sole person not granted an Order of Supervision did not have any form of identification and will remain in the custody of the Immigration Division.

Police officers reportedly purchased doubles and soft drinks which they gave to the foreigners.

All of this occurred as in just eight days, there will be an amnesty permitting ID cards for Venezuelan nationals who will be al­lowed to work for 1 year in the coun­try