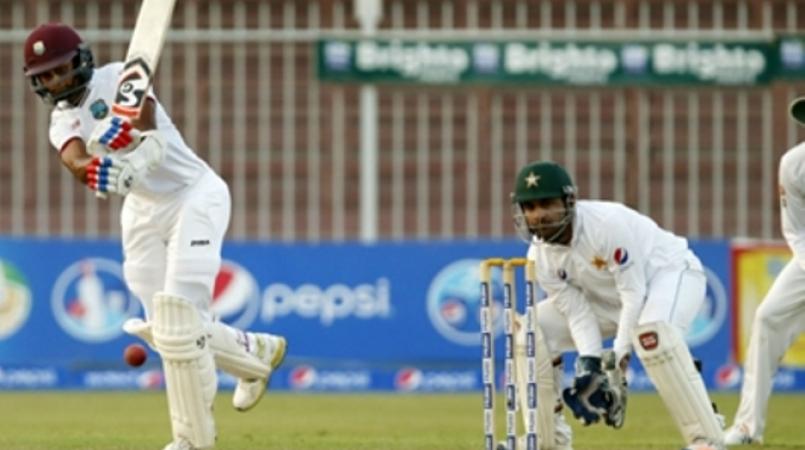 West Indies capitalised on an unbeaten 125 from Shane Dowrich and three late wickets on day two to seize control of the first Test against Sri Lanka.

Sri Lanka were left 31-3 at stumps in the Port of Spain, still 383 runs adrift of the Windies on Thursday.

Resuming on 246-6, Dowrich benefited from the support of tail-enders Devendra Bishoo and Kemar Roach to steer the Windies to 414-8 before captain Jason Holder declared in the final session.

Left to face a tricky spell against the new ball before the close of play, Sri Lanka lost Kusal Perera – who sliced a cut-shot to backward point off Roach (1-2) to depart for a duck – to the second ball of their reply.

Opening partner Kusal Mendis (4) also fell cheaply, caught in the slips during a hostile spell from paceman Shannon Gabriel (1-17), before West Indies struck a crucial blow in the last over.

Angelo Mathews was caught behind for 11 off the bowling of Holder (1-5), who gained the benefit of any doubt when the third umpire checked replays for a front-foot no-ball, as the tourists lurched to 31-3 at stumps.

The dismissal of Mathews, such a key cog in Sri Lanka's middle order, confirmed West Indies' position of strength, though they owe a debt of thanks to a dogged knock from the determined Dowrich.

The wicketkeeper-batsman faced 325 deliveries, carefully seeing off the new ball in a rain-hit first session as he and Bishoo (40) shared a seventh-wicket stand worth 102.

Roach continued to frustrate Sri Lanka's bowlers by contributing 39 as he added a further 75 with Dowrich, who reached his second Test ton on the stoke of tea in Trinidad.

Windies to face Sri Lanka in three Tests next June

Sandals are the new sponsors of the West Indies cricket team