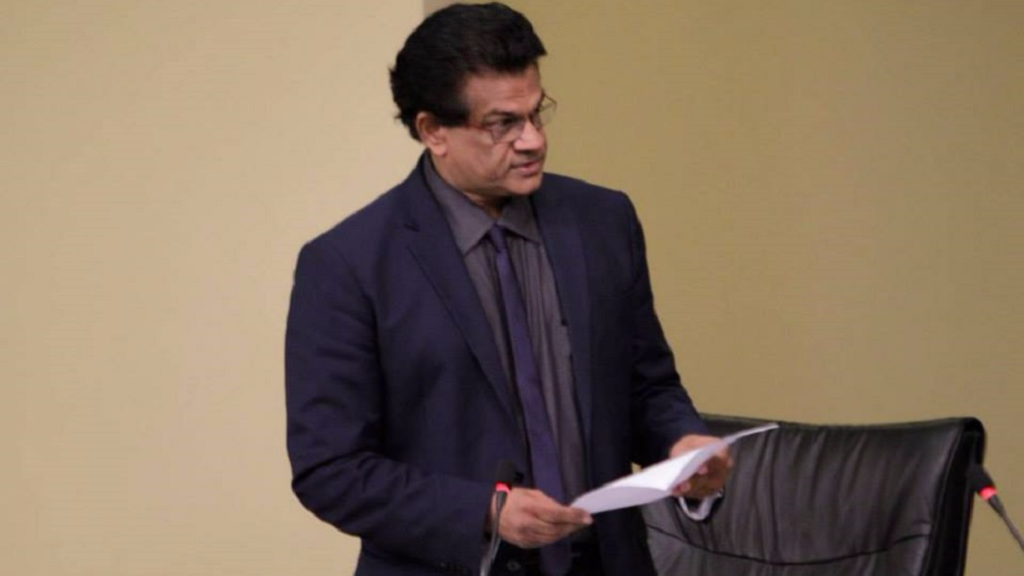 Former health minister and Barataria/San Juan MP Dr Fuad Khan is calling for a serious re-evaluation of the laws pertaining to marijuana and prostitution in Trinidad and Tobago.

In a statement, Dr Khan said after speaking out on the benefits of decriminalising marijuana in Parliament last week, he was inundated with calls and messages of support from citizens.

He said the decriminalisation of marijuana for medical and/or personal use has the potential to clear up the court system.

"Following my contribution to the 2018 Appropriation Bill in Parliament last week, I have been inundated with calls and messages from citizens who support the suggestion for the decriminalization of marijuana (cannabis)."

"As is the case with all psychotropic drugs, both legal and illegal, marijuana has the ability to lead to debilitating addiction and all of the fallout associated with that."

"But in small doses marijuana also has many applications in medicine and presents a healthier alternative to persons who consume other narcotics, both legal and illegal. Under the current law however, the lowest fine and sentence for the possession of marijuana is twenty-five thousand dollars ($25,000) AND five years imprisonment. For context, the lowest fine and sentence for larceny is three thousand dollars ($3,000) OR six months imprisonment," he said.

He said as a result of these infractions, families are broken and lives destroyed.

"There is very little consideration given to the life of these prisoners after they are released into society. Many of these persons have families who were forced to carry on their lives and their households bereft of them for months, years and decades, at which point they return to each others as strangers."

"But the harshest response to their release comes from strangers in society who stigmatize them as criminals for life, and actively prevent them from returning to work or actively participating in events reserved for law-abiding citizens."

"As a nation we need to decide if we should continue destroying the lives of thousands of people through punishment that no longer fits their crime," he said.

Similarly, he commented on the issue of prostitution, where sex workers are exposed to sexually transmitted diseases, abuse and worse.

"These persons who may be living on the earnings of prostitution are liable on conviction to imprisonment for five years. Being prosecuted is a small risk compared to the range of Sexually Transmitted Diseases that these persons are exposed to however, and the lack of regulation increases not only their chance of infection but also the potential for them to become carriers of these diseases."

""For this reason, organizations such as the Joint United Nations Programme on HIV/AIDS, the United Nations Population Fund, the World Health Organization and Amnesty International have all supported the decriminalization of sex work in an effort to stop the spread of the HIV/AIDS epidemic and ensure sex workers' access to health services," he said.

Dr Khan pointed to developed countries like Canada, Sweden, Denmark and Australia, who have decriminalised prostitution to some degree.

"Every day in our country, dozens, or even hundreds, of persons infringe upon the law in some manner while operating their vehicles and are summarily fined as a penalty, however, these infractions are not used to prejudice the perpetrators in any way."

"In the same way, illegal activity such as marijuana use and prostitution, which poses no real threat or danger to society, should not be used as an excuse to oppress and humiliate thousands of people by branding and prosecuting them as criminals."

"By decriminalizing these actions it provides the government with the ability to put regulations in place and weed out any criminal elements that may be entangled within them. But more importantly, it will protect thousands of citizens from being sent to jail unnecessarily and preserve their lives, which would have been destroyed as a result," he said.