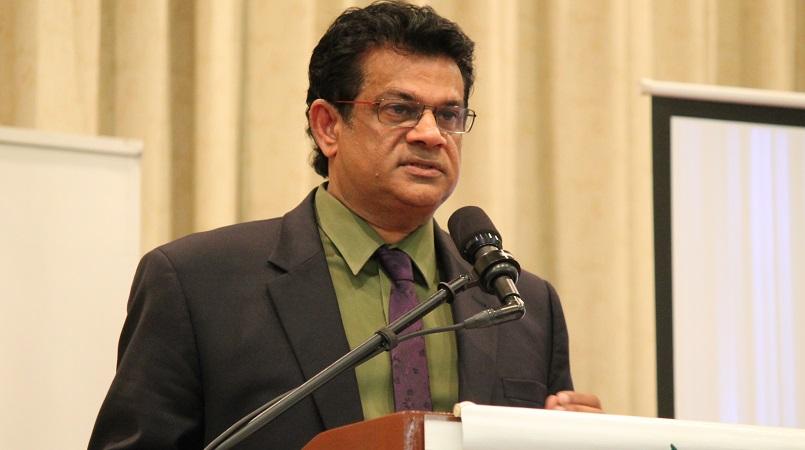 Former health minister Dr Fuad Khan said the country’s nurses continue to be overlooked and is calling on Government to pay stipends to student nurses.

In a statement released Tuesday, Dr Khan said the issue must be urgently addressed.

“While Mr. Deyalsingh and the Minister of Finance were explaining to the Standing Finance Committee their reasons for allocating forty million dollars to the construction of the new Arima Hospital, despite them also having negotiations with the Government of China, who were willing to finance the facility, student nurses at the College of Science, Technology and Applied Arts of Trinidad and Tobago (COSTAAT), San Fernando campus were protesting for not being paid their stipends.”

“According to news reports, these student nurses are complaining of not only the unwillingness of the institution to compensate them for their work, but also the shortage of clinical instructors who not only guide them in their duties but also assign grades on their courses.”

“This means that not only are these students not afforded the opportunities to perform their duties but they are also unable to progress and graduate without the requisite training.”

“This is all occurring at a time when public health facilities are experiencing a shortage in qualified nursing staff, and the failings of this institution is now preventing these students from filling this void.”

“I am therefore calling upon Mr. Terrence Deyalsingh to look into this as a matter of national urgency, as these staff shortages create an environment in which employees are not only over-worked but the hospital is also under-staffed, which is exactly what the Nursing Programme at COSTAAT was meant to prevent, however, due to the reduction to their allocations and a lack of government supervision, this institution is not only failing their students but also the nation at large.”

“The PNM government has spent the past year fervently cutting expenditure in all public institutions, using the excuse of declining oil and gas revenue from the global market as their justification.”

“While there are areas and offices in which such cutbacks can be made with little consequence however, the Ministry of Health is not one of them.”

“In only twelve months we have already witnessed the result of the government's unwillingness to pay distributors for critical medication and drugs which caused countless numbers of patients to suffer after the public dispensaries had depleted their supplies.”

On Tuesday, student nurses of the College of Science, Technology and Applied Arts of Trinidad and Tobago (COSTAAT), San Fernando campus, protested for non-payment of stipends which had been promised to them, as well as issues with the curriculum and a lack of instructors.

Students complained that COSTAAT administrators have not been providing students with the assistance required for their programmes.

Some also accused the institution of deliberately dragging their programmes over a longer period than was necessary, for periods of five years and more.

Students are demanding that these issues be addressed.