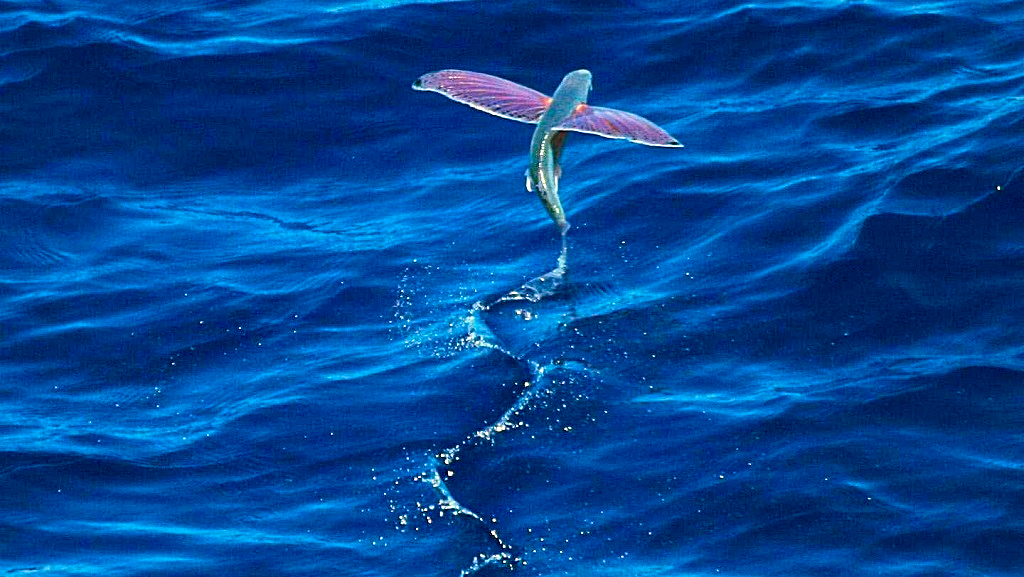 Photo via Wikipedia/ the US National Oceanic and Atmospheric Administration.

Dr Rowley was speaking with Barbados Prime Minister Mia Mottley at a meeting in Barbados on February 17, 2020 to sign a unitization agreement to allow for the exploration of hydrocarbon resources which straddle the maritime boundary shared between both countries.

Mottley said the revised Treaty of Chaguaramas would allow access to each other's territories including fishing rights and regulations.

Dr Rowley said during his visit to Barbados he was offered local dishes but there was no flying fish, then said that often, fishing was done during the spawning period which would result in a decreased catch and smaller fish.

Dr Rowley said: “This fishing issue becomes very testy when we don’t have the (cross-border) private sector investment and we’re hoping that somewhere along the line that kind of exploitation between Trinidad and Tobago’s fishermen and Barbados’ fishermen would be joint efforts.

“I came here a couple days ago and I was offered very delightful sweet potatoes but no flying fish with it so I know there’s room for improvement.”

“One of the things we worked on was how much fish we could extract and of course you know they’re caught when they’re spawning…how terrible. You’re getting your best catch when the fish are breeding. We were warned then that if we continued to extract the way we were that we’ll get down to these little ones, and that’s where we are.”

Mottley acknowledged that a lot of flying fish caught in recent times were very small but said it was a climate crisis issue.

She said the same issue exists regarding other regulatory fishing issues. Both leaders said management of fisheries should be a ‘multi-territory exercise’ in order to be effective.

The signing of the unitization agreement is the second phase of a process which began with a Memorandum of Understanding between the two nations in August 2019.

At the signing it was also announced that Trinidad and Tobago and Barbados agreed to enter into a Memorandum of Understanding which would allow them to establish joint commissions in several countries in an effort to increase its diplomatic presence.

According to the US National Wildlife Federation, flying fish are able to propel themselves out of the water at speeds of more than 35 miles (56 kilometers) an hour. Once in the air, their rigid “wings” allow them to glide for up to 650 feet (200 meters). The winglike pectoral fins are primarily for gliding—the fish hold the fins flat at their sides when swimming. Their streamlined bodies reduce drag when the fish are “flying.”

There are roughly 40 species of flying fish. Flying fish are tropical and temperate marine species that can be seen off both the Atlantic and Pacific coasts of the United States. They are also found in the Atlantic, Pacific, and Indian oceans. Open oceans provide a habitat for most flying fish, but some live instead on the outskirts of coral reefs.

Spawning takes place in the open ocean, near the water’s surface. A female deposits eggs, which are attached by sticky filaments to seaweed and floating debris. Newly hatched flying fish have whiskers near their mouths, which disguises them as plants, thus protecting them from predators. A flying fish lives for an average of five years.

Flying fish are attracted to light and are relatively easy to catch because of their tendency to leap into small, well-lit boats.