Dredging crews working around the clock as rainy season approaches 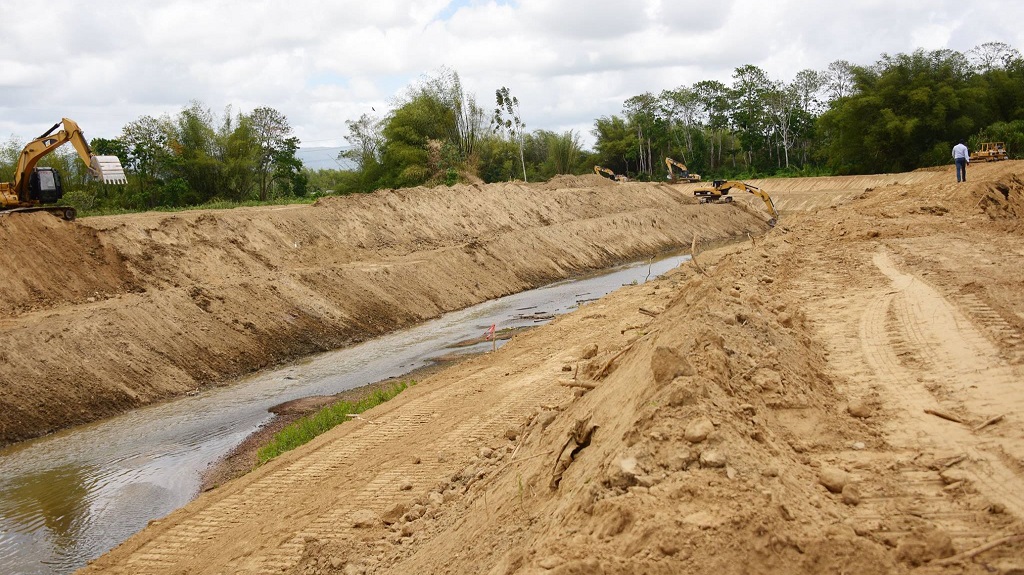 Minister of Works and Transport, Rohan Sinanan, said work crews have using the dry season to their advantage, working night and day throughout the country to clear waterways and drains while the dry weather lasts.

Speaking to LoopTT, Sinanan said drains and waterways across Trinidad, which were besieged by catastrophic flooding in 2018, are being cleared, and the work is ongoing.

"We are trying to get as much work done during the dry season, we have several projects throughout Trinidad, we’re also looking at areas prone to landslips,” said Rohan, who said he met with the head of the Highways Division on Monday to discuss the Lady Young Road.

Sinanan said while the public is focused on water shortages, the Ministry is preparing for flooding.

“What we’re trying to do is to utilise the dry season to get as much work done and to clean as many rivers as possible.

“We have a very active Drainage Division acting right now, we have about 300 projects that we’re working on throughout Trinidad.”

Dredging teams work around the clock as rainy season approaches

Sinanan added that flood-prone areas in Bamboo #1 and 2, as well as downtown Port of Spain, are being focused on.

“We’re working all over, we’re working at night in Port of Spain to clean all of the underground drains that lead out into the ocean. Every night we have teams out there, we’re also doing work on weekends, most recently cleaning a major culvert that was blocked by the lighthouse. This weekend we have even more work taking place there which will help to alleviate flooding during the rainy season,” he said.

The Ministry shared photos of ongoing work to its social media platforms, adding that it remains committed to its mandate to develop and maintain main water courses and irrigation systems across Trinidad, ahead of the rainy season.

The Ministry said the Division has been actively engaged in desilting works to ensure that major watercourses are cleared, prior and during the rainy season.

So far the Ministry has carried out major clearing works along parts of North Trinidad including Greenvale, Guapo River, and the Black Water Channel, which assists and improves channel capacity to accommodate the inflow from the following areas:

Also cleared was the Duck Pond River, which assists and improve the channel’s capacity to accommodate the inflow from the following areas:

Other rivers which were cleared include the Blue Basin River and the Maraval River.

The Ministry said it will continue these works in the coming months.