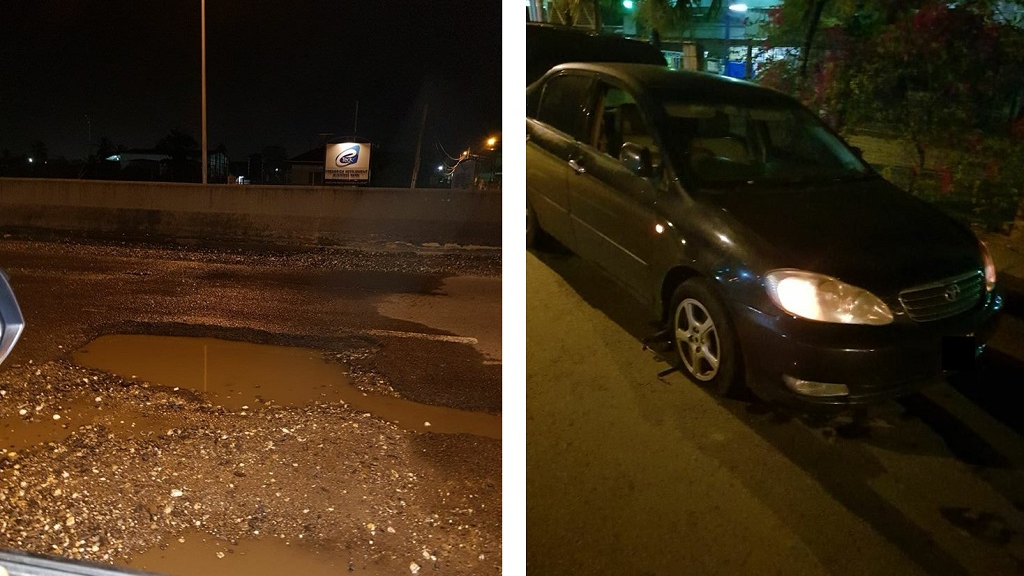 Drivers are being warned of a pothole so large, several drivers have damaged their tyres because of it.

Couva South MP Rudranath Indarsingh shared several photos to social media on Sunday night saying at least six drivers had to replace their tyres after falling into the pothole, said to be along the Southern Main Road opposite Frederick Settlement, Caroni.

Indarsingh said the depressions are the result of recent works by the Water and Sewerage Authority (WASA).

"Massive pothole along the Southern Main Road Caroni. Near the New licensing Office as well as the Caroni Police Station. (Opp. The Federick Settlement Industrial Estate. Because of the negligence of the Ministry of Works and Transport and Public Utilites (WASA) there are (a) constant number of vehicles with burst tyres.There are six vehicles at the moment with burst tyres. Matter reported several times. No fix," he said. 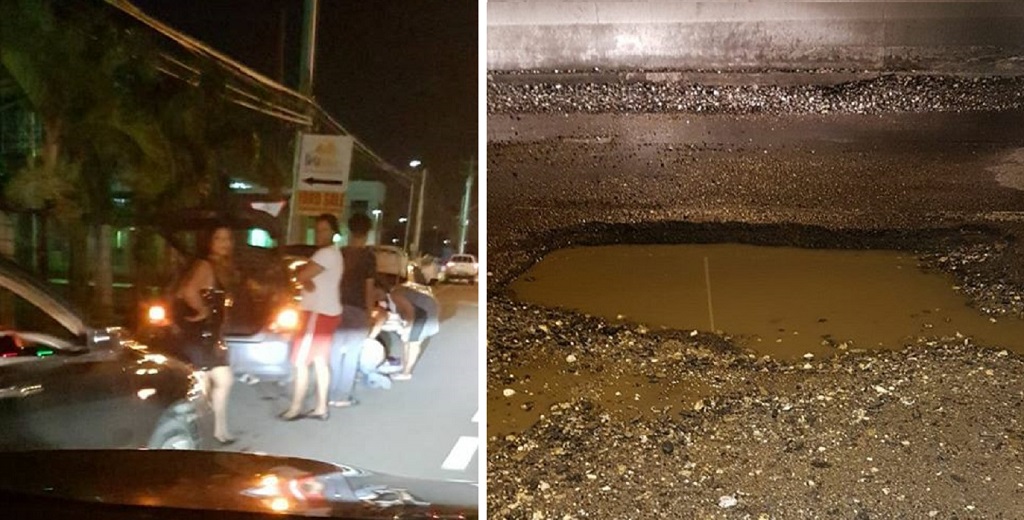 (Photo: Several other drivers were forced to replace their tyres after falling into the pothole.)

Driver Ian Dass also showed video footage of several cars, including his, which had to change their tyres as a result of the giant hole.

"There's a huge hole in the middle of the road just opposite of Frederick settlement, Caroni (on the east-bound lane of the southern main road a bit before Caroni Licensing office). In the time I took to change my spare, 3 additional vehicles got flats as well, 2 of which can be seen in the video. This is a HUGE hazard, especially to those who have no idea the hole is there. Please be alert if passing that route," Dass said.

LoopTT has reached out to the Ministry of Works and Transport as well as WASA for updates.