Drowned migrants return to El Salvador for burial on Monday 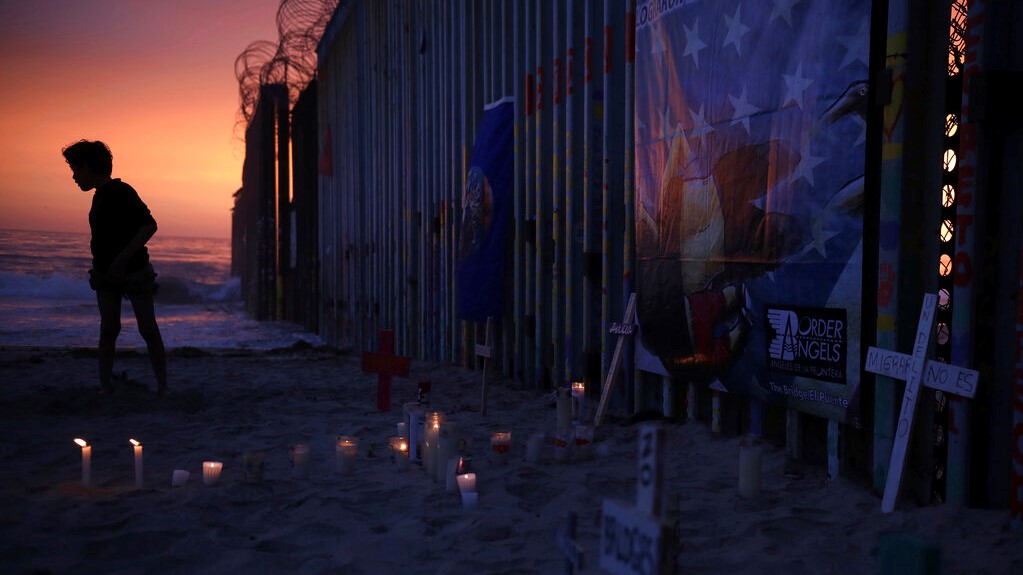 A youth stands by the border fence that separates Mexico from the United States, where candles and crosses stand in memory of migrants who have died during their journey toward the U.S., in Tijuana, Mexico, late Saturday, June 29, 2019. (AP Photo/Emilio Espejel)

The young father and daughter who drowned in each other's arms last week in an attempt to swim across the Rio Grande to the United States have been returned to El Salvador for an expected burial at a private ceremony in the capital Monday.

Their bodies entered the Central American country by land Sunday from neighbouring Guatemala.

Photographs of Valeria, lying face down in the water with her little arm wrapped around the neck of her father, Oscar Alberto Martínez, broke hearts around the world and underscored the dangers that migrants undertake in trying to reach the U.S.

The father and daughter were swept away by the current in the river between Matamoros, Mexico, and Brownsville, Texas.

Martínez, 25, and his wife, Tania Vanessa Ávalos, 21, had been living with his mother and apparently felt that their salaries working at a pizza parlour and as a restaurant cashier would never be enough to purchase a modest home in their suburb of San Salvador.

That dream to save money for a home led the family to set out for the United States, according to Martínez's mother, Rosa Ramírez.

The neighbourhood they left behind in El Salvador is a humble bedroom community where most people live in low-rise, two-bedroom homes with a combination kitchen-living room-dining room, worth about $10,000-$15,000 each.

Residents say violence and extortion have eased in the neighbourhood, but that poverty and ambition still drive many to migrate.

In the Mexican border city of Tijuana, people included a picture of the drowned father and daughter in a memorial erected in the memory of migrants who have died trekking north toward the U.S. The pictures, candles and crosses of the memorial were placed next to the U.S.-erected fence along the border.

A total of 283 migrant deaths were recorded along the 2,000-mile U.S.-Mexico border last year. The official death toll so far this year has yet to be released.

Migrant families have been coming over the border in unprecedented numbers in recent months, reaching a peak in May, when 84,000 adults and children travelling together were apprehended. Nearly 500,000 immigrants have been detained at the border since the start of 2019, resulting in dangerous overcrowding in U.S. holding centres.