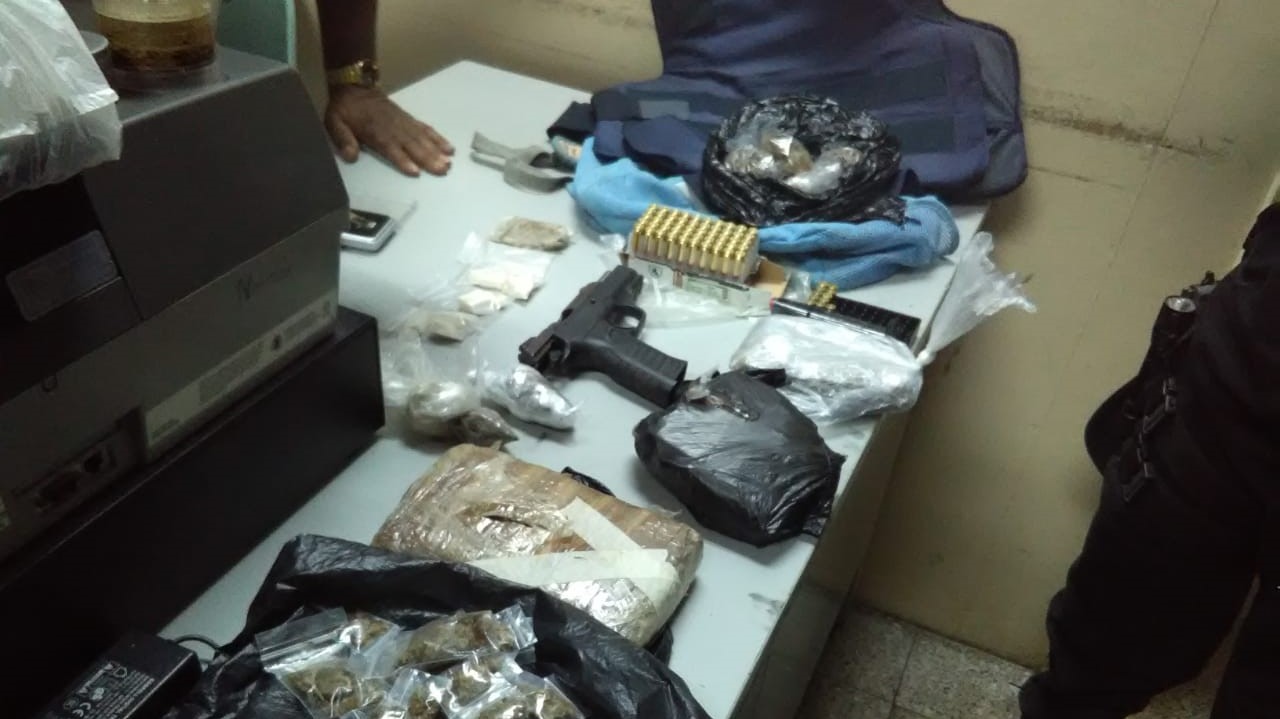 Marijuana, cocaine, a bulletproof vest, a firearm, and hollow point ammunition were all seized on Tuesday night during police exercises by officers attached to the La Horquetta Police Station.

The cumulative finds were made in secluded areas in Phase 2 and Phase 4, La Horquetta.

The finds were made by officers led by Inspector Boodoo and Sgt Waldropt, and included officers from the Criminal Investigations Department, the K9 Unit, and the Crime Patrol Unit.

The illegal items were all seized and are expected to be sent for testing.

Investigators are pursuing several leads with the aim of making arrests in the immediate future.