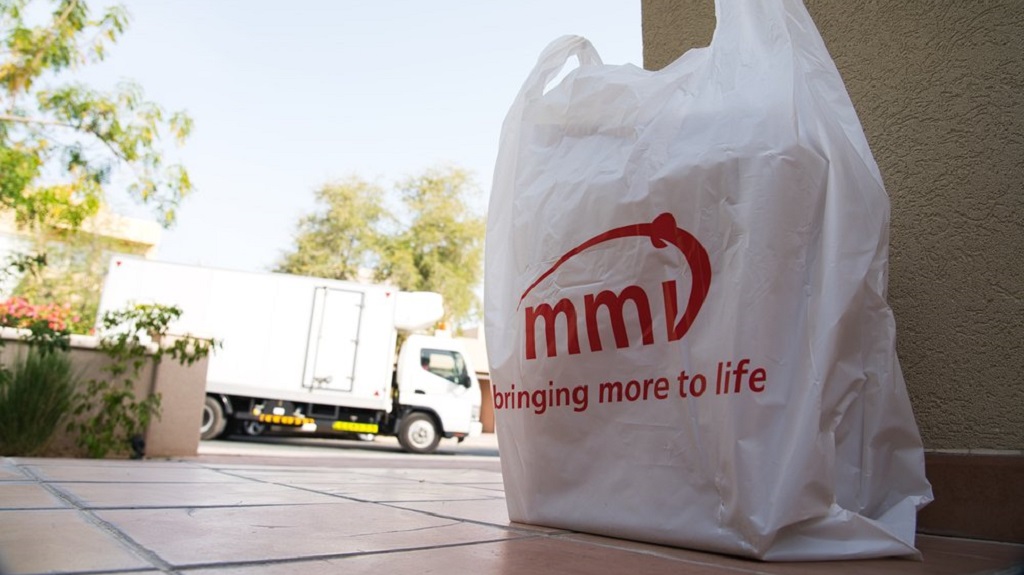 In this Tuesday, April 7, 2020 photo, a delivery truck leaves after dropping off alcohol to a home in Dubai, United Arab Emirates. Dubai’s two major alcohol distributors have partnered to offer home delivery of beer, spirits and wine as the new coronavirus now threatens a crucial source of tax and general revenue for the rulers of this Islamic city-state. The decision marks yet another loosening of social mores in the skyscraper-studded desert metropolis. (AP Photo/Jon Gambrell)

The blaring flat-screen televisions stand silent in the sheikhdom's sports bars. And the city-state's pubs have shrink-wrapped their now-idle beer taps.

This skyscraper-studded desert metropolis on the Arabian Peninsula has long been one of the wettest places in the Mideast in terms of alcohol consumption, its bars and licensed restaurants serving tourists, travellers and its vast population of foreign workers.

Up until the global coronavirus pandemic, that is.

With the virus now threatening a crucial source of tax and general revenue for its rulers, Dubai's two major alcohol distributors have partnered to offer home delivery of beer, spirits and wine, yet another loosening of social mores in this Islamic city-state.

"Luxury hotels and bars have been the worse impacted within the sector and this had a direct impact on the alcohol consumption ... in the United Arab Emirates," said Rabia Yasmeen, an analyst for market research firm Euromonitor International.

Maritime and Mercantile International, a subsidiary of the government-owned Emirates airline known as MMI, and African & Eastern partnered to create the website offering home delivery.

Its products range from a $530 bottle of Don Julio 1942 Tequila to a $4.30 bottle of Indian blended whiskey, with beers and wines in between.

Their website legalhomedelivery.com, a nod toward the online bootleggers long operating in the gray margins of Dubai, describes the service as needed "in these unprecedented times."

Tourists, the few remaining here, can use their passports to buy the alcohol.

Only non-Muslims 21 and older can apply for a license — though bartenders across the city never check for them before pouring drinks.

Text-message alerts give imbibers a predicted delivery time within a few hours, though a crew showed up some six hours early for one delivery Tuesday, wearing masks and disposable gloves.

Officials at African & Eastern, a private company believed to be at least partially held by the state or affiliated firms, and MMI both acknowledged that the pandemic will likely affect their revenues for the year.

Most of their physical stores also remain open, though Dubai now is under a 24-hour lockdown that requires the public to have police permission to go to the grocery store.

"We are in the early days of the service and interest has been high already," Mike Glen, MMI's managing director for the UAE and Oman, told The Associated Press in an emailed statement.

Glen and Sean Hennessey, African & Eastern general manager for UAE and Oman, declined to offer any sales statistics to the AP.

A push to keep alcohol shops open during the pandemic may be surprising to some, especially as drinking is illegal in the neighbouring emirate of Sharjah and the nations of Iran, Kuwait and Saudi Arabia. But alcohol sales long have been a canary in the coal mine — or in this case, the cocktail lounge — for the wider economy of Dubai, one of seven sheikhdoms in the United Arab Emirates.

There's a 50% import tax on a bottle of alcohol, as well as an additional 30% tax in Dubai on buying from liquor stores.

Dubai Duty Free, which is also government-owned, sold 9 million cans of beer, 3.1 million whiskey bottles and 1.5 million bottles of wine to those passing through airport terminals in 2019. Duty-free sales, while limited, never require an alcohol license.

Even before the pandemic, lower global energy prices, a 30% drop in the city's real estate market value and trade war fears have seen employers shed jobs. Dubai now is trying to postpone its Expo 2020, or world's fair, to next year, another major blow.

Those lower sales affect everyone from waitresses to Dubai's ruling Al Maktoum family, which has worked over decades to make the city a major tourist destination, home to the world's tallest building.

That weakened economy may prove to be a threat long after the pandemic. The Mideast's hotel sector took longer to recover from the Great Recession for instance, Yasmeen said. Most bars in Dubai are attached to hotels.

Hoping to boost alcohol sales, Dubai last year loosened its liquor laws to allow tourists to purchase alcohol in state-controlled stores. In 2016, it began allowing alcohol sales during daylight hours in the holy Muslim fasting month of Ramadan, a major decision ahead of the annual commemoration coming into Dubai's winter months crucial for tourism.

The home service also charges 50 dirhams ($13.60) per delivery. That's additional revenue for the stores, even as bars and restaurants remain closed.

While some aid groups have sprung up to offer help to out-of-work bartenders elsewhere, there's been no similar measure here in the UAE, whose waitstaff comes from all across the world.

"We do have a long and significant relationship with the on-trade, that we will be looking to support through what is a trying time for all parts of the industry," Hennessey of African & Eastern said in a statement.

Coronavirus cases in the Caribbean to date: 4,258