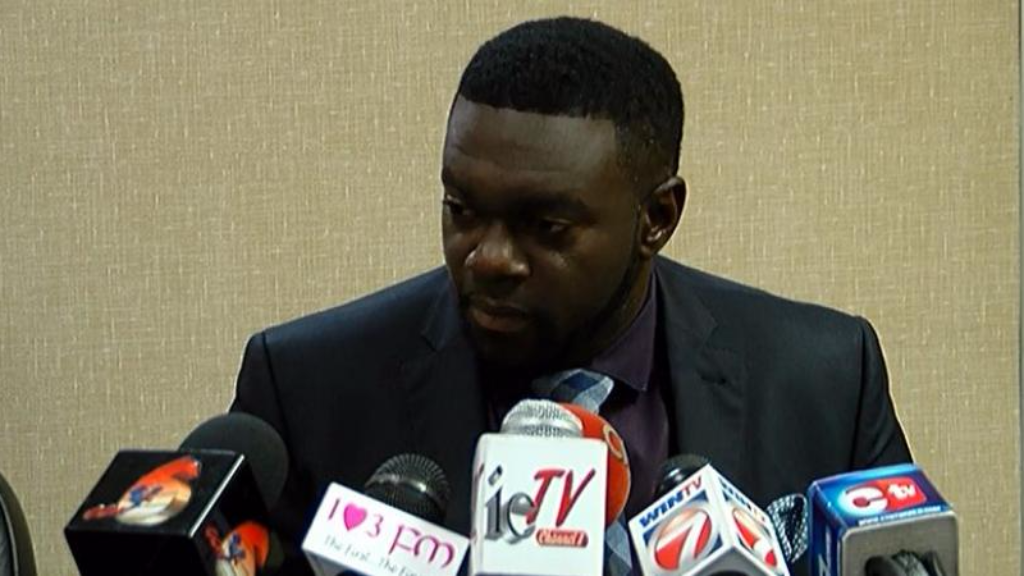 President of the Public Services Association (PSA) Watson Duke is demanding that government pay $10,000 to all PSA members on or before December 15, as a downpayment on arrears owed for the 2014-2016 period.

Duke made the call while speaking at a press conference on Sunday.

The conference, which was called to address the postponement of the PSA elections, was held at the PSA’s headquarters in Port of Spain.

“We will be sending a letter to the Minister of Finance calling upon him to make an advance payment of $10,000 to all members of the PSA. And that is a downpayment on the settlement of negotiations for the period 2014-2016.”

Duke said the $10,000 figure will represent half of what is owed to workers.

He also weighed in on the recent court ruling which ordered that the PSA election, which was carded to take place today, be postponed.

On Friday, Team Fixers, one of the four teams contesting the election obtained an injunction stopping the process from taking place due to alleged irregularities in the voting list, which was prepared by the PSA’s election committee.

Duke said what the court action has done is to allow him to serve in the position as PSA leader, until a new election date is called, hopefully in the near future.

However, the PSA president added that he was taken aback by the action.

Duke told members of the media that he expects a positive outcome on Tuesday, when the matter comes up for hearing in the High Court.

Duke, whose team is called the Game Changers, also declared his team’s innocence in the matter, “we have done no wrong whatsoever, we are in no way compromised by the ruling of Justice Frank Seepersad.”