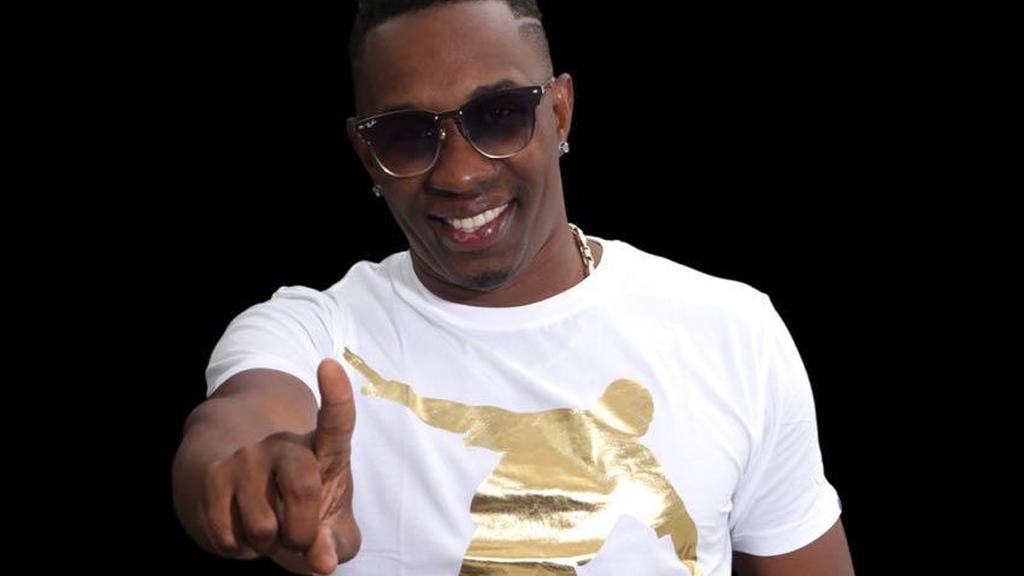 DJ Dwayne Bravo will soon open a recording studio in Trinidad and Tobago.

Dwayne Bravo will be opening his very own recording studio in Trinidad and Tobago.

The studio,47 Production, will be located on Maraval Road, Port-of-Spai, and is intended to be a world-class production and recording outfit that will draw international artistes and provide a platform for collaborations between local producers, musicians and singers with their foreign counterparts.

“From travelling and being around and using different studios around the world I always wanted my own studio and at a quality so when international stars come to Trinidad for vacation they will know there is a first class studio available,” Bravo told Loop.

“I want to be able to get artistes and producers to do collaborations with people in India, Australia and all over. The studio will have facilities where engineers, producers and artistes can work with others and do classes.”

The opening is carded for next month.

Bravo sees the studio as a way of helping to market T&T and its gifts which he says are woefully under-promoted.

“I am very patriotic and people knowing where Trinidad is and understanding our culture is important to me. When it is a lot of people around the world ask where you from and you say Trinidad and Tobago and they say where is that, for someone to understand you have to measure from Jamaica. But when it comes to Caribbean people, Trinidad is up there with Jamaica. I know Trinidad and Tobago is one of the most resourceful Caribbean islands and yet still we don’t know do enough to market and promote our island,” he said.

“This is my biggest drive. Why for an island that have so much for some reason we are not recognised? Artistes have to take the music now on a more serious level but not a hustle. If you want it to be recognised worldwide you have to take it seriously.”

It is no secret that the West Indies cricketer is passionate about music off the field.

Since 2013 he has been putting out songs, hitting a breakthrough in 2016 with ‘Champion’, a song that became a song of celebration from India to Trinidad.

Bravo, who has been a fan of Jamaican dancehall star Beenie Man since he was a teen, credits the artiste for his singing career. The two became close friends after meeting in 2006 and today when Beenie Man comes to T&T, he stays at Bravo’s home.

“I got involved in music because of him. In 2013 I made a joke and said my best friend is the king of the dancehall and I don’t have a song. He took me to his studio and I recorded ‘Beenie man and Bravo’ featuring Tameka Marshall from Guyana. It was the first time I experienced recording a song, I never knew it was so difficult. I didn’t have voice training, I didn’t know when to go high, when to go low, I just wanted to record a song. He said he and all started off like that. We got the final project done, we shot a music video. After doing that song a lot of people knew of our friendship and took me seriously where music is concerned,” he said.

Thanks to his cricketing prowess, particularly in the Indian Cricket League, Bravo has amassed tremendous support for his musical endeavours in that part of the world.

A week ago, Bravo released a video and song in honour of Indian cricketer MS Dhoni.

The song, ‘Helicopter’, was a birthday tribute to his friend popularly known for his shots of that type and less than 24 hours after it was released on YouTube, racked up over a million views. Today, the video has 1.8 million views.

For Bravo, it is further testimony to his fame in Asia.

“Obviously it is a great feeling, I don’t feel any artiste in Trinidad ever get such a response to a song. It reached a million views in 17 hours. I know I have a very big market in Asia and India and depending on the type of song it will get serious traction,” he said.

At home, however, he still struggles to get the recognition.

“Champion paved the way for me but before that I was recording songs and they didn’t get airplay… even today I still experience it.  I will go through the same avenues as everyone else, Lee blast, Julianspromo, social media and for some reason DJs don’t play my songs. I always have to go directly to the top and ask what going on.”

“At the end of the day no matter how much love you get outside for your work you still want to be appreciated and respected at home,” he said when asked why it mattered when he has so much support abroad.

His music, he said, is positive and inspirational, designed for anyone to listen to from children to the elderly.

“I did a song called “We not giving up”. The World Health Organisation took it and made me do it over to add their lines to it. It took an international company to see the song and hear the song and want to partner with it. In the heart of the pandemic I release this song and I have to pull teeth out of a comb to hear the song play in Trinidad,” he said.

“I did a song called “Done the War” two years ago, I shoot a music video here in Trinidad, I had Jack Warner, Abu Bakr, Fuad Abu Bakr, Gary Griffith and Kamla Persad-Bissessar. Mr Rowley wasn’t available at the time. I was able to pull these big heads…it was good song with a good message. Two years later the exact thing I sing about happening. You will release the song, they play it two days and that’s it.”

The lack of home-grown support is not deterring the Santa Cruz native.

He plans to release an album to coincide with the opening of the studio, which will feature recent releases ‘Helicopter’ and ‘Million Gyal’ as well as a collaboration with Jamaica artistes Gyptian and QQ.

Bravo, who also owns the 47 Music Label, is also looking to sign and develop artistes in T&T.

Looking at his career after cricket, he said while he will still be involved as a part time coach, he wants to become a music mogul.

To his fans, he had this message: “Thanks for the love in all I do and I want to encourage people to find their passion and do what they love and not what someone want them to. Live your life to please you.”

Too Much Talent presents Dropped: Arielle and Bravo show love