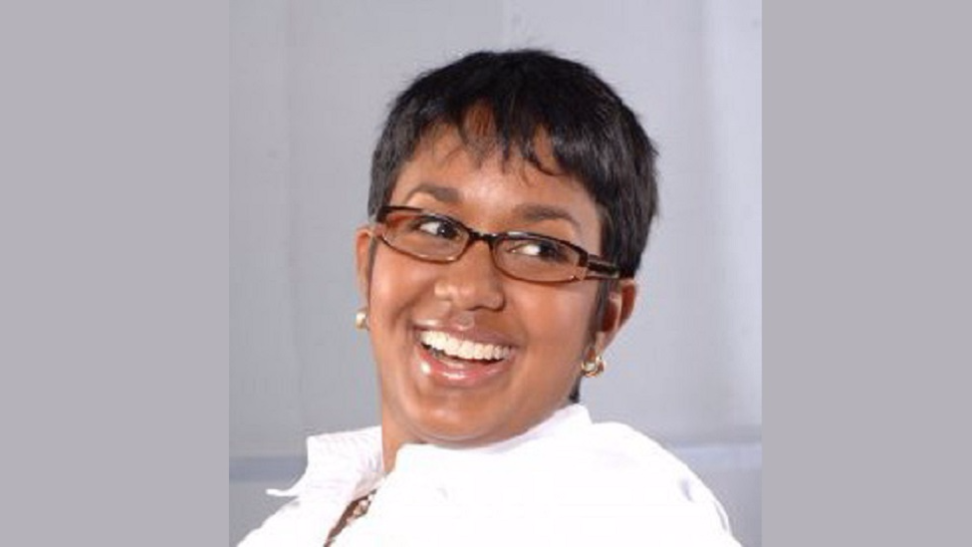 Caribbean economist Marla Dukharan refuted allegations by Finance Minister Colm Imbert who said his comment on a 'sterile debate' was in response to her comment that his Budget presentation was a 'madman's rant'.

Dukharan tweeted her response on Thursday, saying she would never intentionally insult the Minister:

"I would never insult anyone or their work, as the Minister implied. Never. Those who know me &/or were present, know this is not what I said."

Imbert's comments at AMCHAM's post-Budget conference were in turn chastised by PLOTT (Powerful Ladies of Trinidad and Tobago) director, Gillian Wall, who said he should treat attendees with more respect.

"One of the first two invited speakers, Ms. Marla Dukharan, spent most of her contribution demanding an immediate devaluation of the Trinidad and Tobago dollar, as well as huge cutbacks in Government spending and increases in utility rates, among other things, as the panacea that would solve Trinidad and Tobago's economic problems."

"However, in addition to these demands, completely out of the blue, she chose to describe the 2018 Budget Statement as a Madman's Rant.”

"For the past couple of days all kinds of songs have been running through my head...but after I read everything (about the 2018 Budget) last night, another song came to my head and that was David Rudder's 'Mad Man Rant', and I'll tell you why."

Dukharan said the 2018 budget continues a policy of deficit spending and warned that the overvaluation of the TT dollar and repeated fiscal deficits will only create further impediments to recovery and growth for the economy of Trinidad & Tobago.

While economic theory may suggest that higher fiscal spending stimulates growth, Dukharan said this is not the case for Trinidad and Tobago. Citing studies by the Inter-American Development Bank and the IMF, Dukharan pointed out that an increase in fiscal spending in T&T was found to in fact reduce growth.

“In Trinidad & Tobago, not only does the fiscal deficit NOT generate growth, it exacerbates the foreign exchange pressures we would naturally experience during a downturn in the energy sector."

“Higher fiscal spending, and by extension higher consumption, drive higher levels of imports and outflows of USD," she said.

Regarding the overvaluation of the Trinidad and Tobago dollar, Dukharan reiterated that she is not alone in her call for greater flexibility in foreign exchange policy to remove distortions that the current policy has caused in the economy.

“The IMF estimated in 2016 that the TTD was 21-50% overvalued, meaning that it should otherwise trade between TTD 8-10:USD 1.00. At cambios, the USD sell rate is usually between TTD8-9.00:USD1.00, suggesting that the IMF’s calculation is not unreasonable. In addition, a 2016 UN ECLAC report listed the TTD as the single most overvalued currency in the Caribbean and Latin America."

“Furthermore, in the World Economic Forum’s 2017-18 Global Competitiveness Index, ‘foreign currency regulation’ moved up one spot, surpassing ‘crime and theft’ to become our nation’s fourth most problematic factor in doing business. Foreign exchange is now deemed to be an even bigger problem than crime,” Dukharan warns.

Dukharan underlines that devaluation should be gradual, though at a more accelerated pace than is currently being carried out.

“By maintaining an overvalued currency, the CBTT is in effect subsidizing imports, and making our exports more expensive, stifling growth. A depreciation to a more-realistic exchange rate could improve the price competitiveness of our exports, once the import component is not high,"  Dukharan said.

She recommended a more effective approach would entail “a higher degree of flexibility and market determination in the foreign exchange (FX) rate, which once existed when there was an auction component to the CBTT’s FX injections.”

Pointing to solutions, Dukharan affirms that “a private sector-driven growth strategy is the only one that can work. We need to promote investment and exports as a matter of urgency as this is the only viable path to sustainable growth. We must, therefore, remove the constraints to investment (domestic and FDI) and exports that stem from the de facto FX controls and the unpredictability of the FX regime that is currently in place. Preferential FX access / de facto controls only serve to create market distortions, support a black market, and further undermines the TTD.”

Dukharan's full analysis of the T&T Budget Statement and recommended policy stance can be downloaded at http://bit.ly/TTBudget

Dukharan on 'sterile debate': I have no time