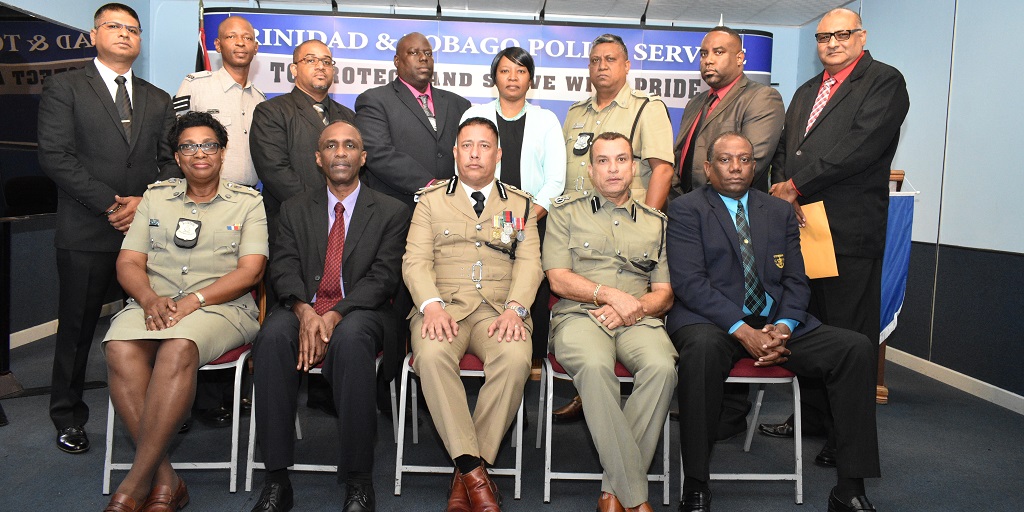 Police Commissioner Gary Griffith has promoted eight police officers; two to the rank of Assistant Superintendent of Police, three to the rank of Sergeant and three to Corporal.

The promotion took place at the Police Administration Building, Port of Spain, on Friday.

Commissioner Griffith congratulated the officers, stating that their new positions were earned through consistent hard work. He added that it should allow for an increase in their morale to be ambassadors on behalf of the Trinidad and Tobago Police Service (TTPS).

The Commissioner further asked the officers to continue to exhibit the pride they felt during training as the organisation is at a transformational crossroads.

“Respect is earned, not worn and all officers must strive to maintain a value system which reflects the vision the mission of the TTPS.”

Acting President of the Trinidad and Tobago Police Service Social and Welfare Association, acting Sergeant Anderson Gonzales, congratulated the officers, encouraging them to continue to effect positive change within the TTPS from their new ranks.

The promoted officers are as follows: