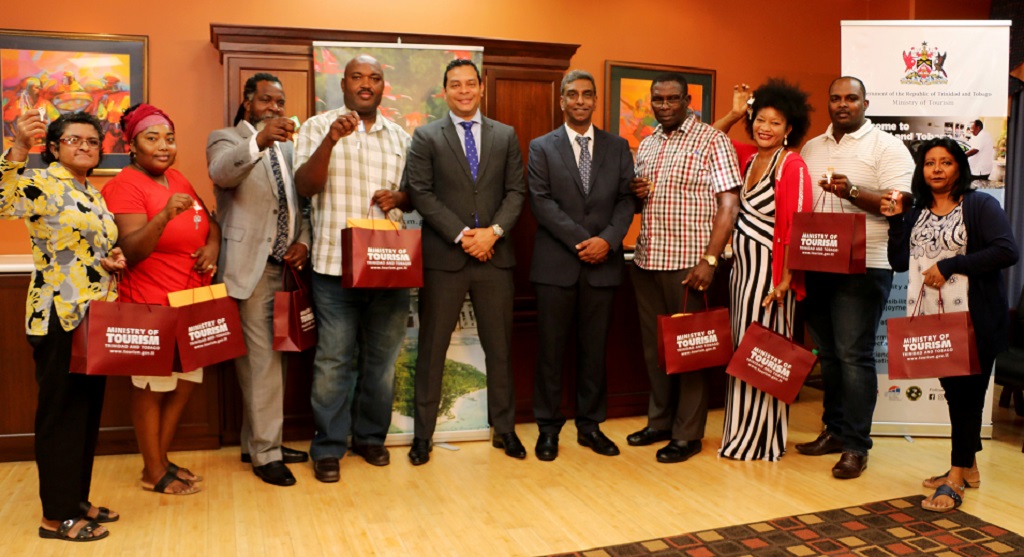 Eight vendors were presented with the keys to their new booths at the Maracas Beach Facility by Tourism Minister Randall Mitchell on Wednesday. These vendors had previously been displaced from locations in the Facility’s car park to facilitate ongoing upgrades.

Expressing excitement about the occasion, Minister Mitchell noted that Maracas Beach is regarded as the home of the “Trini famous bake and shark” and that these new booths will provide the vendors with enhanced opportunities to conduct their business in improved and spacious surroundings.

Minister Mitchell gave the assurance that ongoing construction works were being done to achieve the intended end goal. He added that Cabinet had taken a decision to waive the vendors’ rental fees until September 2018.

Noting the commitment of the Ministry of Tourism to the vendors, Minister Mitchell asked that they continue to work with the Ministry to achieve the shared goal of establishing Maracas Beach as a premier tourist destination.

In addition to congratulating the vendors, Minister Mitchell thanked them for their patience throughout the process, as he expressed gratitude that they continued to operate in less than optimal conditions.

In the first phase of the Maracas Beach Facility Improvement Project (MBFIP); road works, car park and related civil works were executed by the Programme for Upgrading Roads Efficiency (PURE) Division of the Ministry of Works and Transport.

Currently, the car park and newly-constructed washroom facility are both managed by NIPDEC.

The eight vending booths handed over are among 18 completed thus far.

The keys to the 10 remaining booths will be distributed later on.

Minister Mitchell indicated to the vendors that he will meet with Project Manager of NIDCO to discuss the future phases of the MBFIP which will see more booths being made available to the other vendors at the beach.