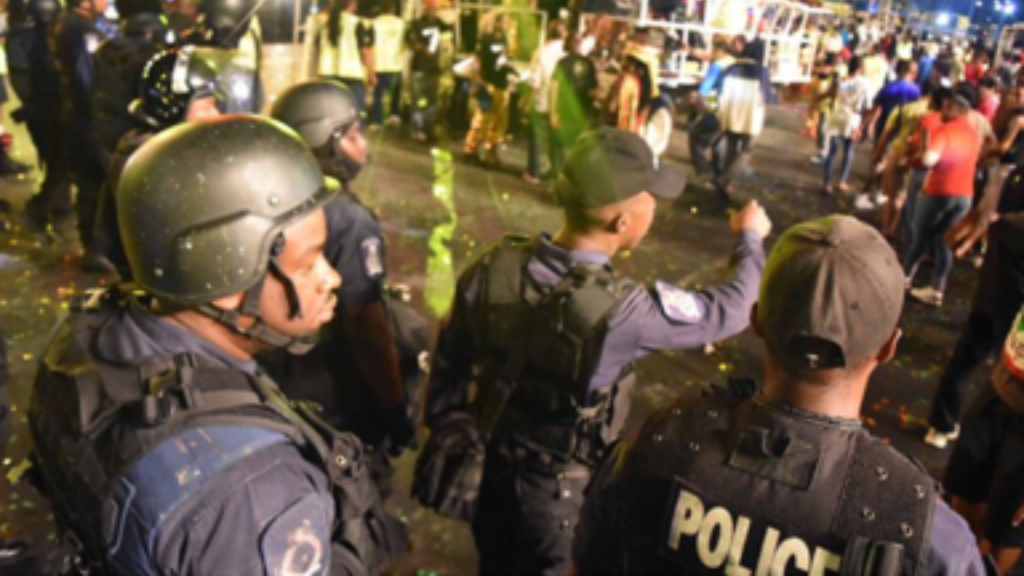 Police officers were out in their numbers overseeing Carnival festivities. Photo via Instagram, The Trinidad and Tobago Police Service.

An eighth person has been detained in connection with an alleged plot to disrupt Carnival.

CNN has reported that US troops played a role in averting a Carnival terror attack in T&T.

He added that contrary to reports, the FBI has not been involved in the interrogation process.

“The FBI is not interrogating anyone in Trinidad and Tobago,” Williams said.

The Acting Police Commissioner also denied that US officials were involved.

He encouraged persons to take part in Carnival celebrations, as he assured that officers will be out in their numbers to ensure the safety of citizens.

Meanwhile, the National Security Minister gave the assurance that all security agencies are well poised to ensure the safety of citizens, residents and visitors for Carnival.

Minister Dillon also noted that the prevention of a criminal threat to disrupt 2018 Carnival activities was a Trinidad and Tobago Police Service led operation.

He said there will be heightened visibility of security personnel throughout the country.

And, Chief of Defense Staff Hayden Pritchard added that the Defence Force is prepared to work shoulder to shoulder to ensure maximum security during Carnival.

“We are well prepared for those scenarios and even for unseen ones,” he said.

On Thursday, mere hours after the Police Service’s announcement of a plot to disrupt 2018 Carnival activities, the US Embassy in Trinidad and Tobago issued a security alert.

It cautioned that an attack is still possible.