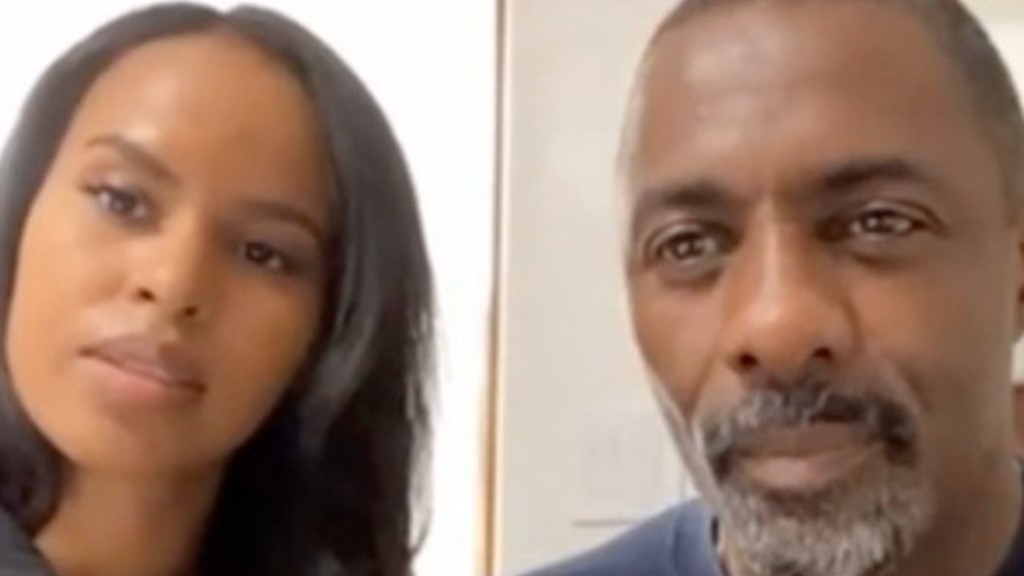 Even though they only had mild symptoms, Idris Elba says he and his wife had their lives “turned around” after contracting the coronavirus, calling the experience “definitely scary and unsettling and nervous.”

"You know, everyone’s sort of feeling the way we have been feeling, but it has definitely been sort of just a complete upheaval,” he told The Associated Press late last week.

But the British actor feels that there are life lessons to be learned, and the pandemic serves as a reminder that “the world doesn’t tick on your time."

“I think that the world should take a week of quarantine every year just to remember this time. Remember each other. I really do,” he said.

The British actor and his model wife, Sabrina Dhowre Elba, spoke to the AP as they began a push with the United Nations to lessen the impact of COVID-19 on farmers and food producers in rural areas.

“People forget that 80 percent of the poor population live in these rural areas.” Dhowre Elba said. “What we are really worried about at the moment, and why we are launching this fund is that those people are being forgotten.”

In their new roles as U.N. Goodwill Ambassadors, Elba and his wife, have joined forces with the United Nations International Fund for Agricultural Development (IFAD) to launch the new $40 million fund. IFAD hopes to raise up to $200 million more from governments worldwide.

The actor believes people in rural and poor areas are likely to suffer more in the pandemic.

“If you imagine being in a village where no one even knows the name of your village or your population, and that you live in a slum where there is one room and six of you live in it," he said. "Social distancing is almost laughable.

Both Elba and his wife have roots in Africa; Elba’s parents are from Sierra Leone and Ghana, while Dhowre Elba is of Somali descent. The pair went to Sierra Leone in December with the United Nations to see how IFAD has assisted people there.

Elba said he was particularly concerned as to what the coronavirus pandemic could do on the continent in countries already suffering economically.

“We have to think about forward planning. What’s the fallout going to be?” he said.

The couple has been recovering in New Mexico, where the actor was filming when he became sick, but plan to return to London as soon as they can get a flight. Elba said he had to miss his six-year-old son’s birthday because of the lockdown but he’s “hoping to see him as soon as I can.”

“We’ve been fortunate,” he added. “We have been staying in a lovely place that’s been very comfortable for the time. But we’re looking forward to going home.”