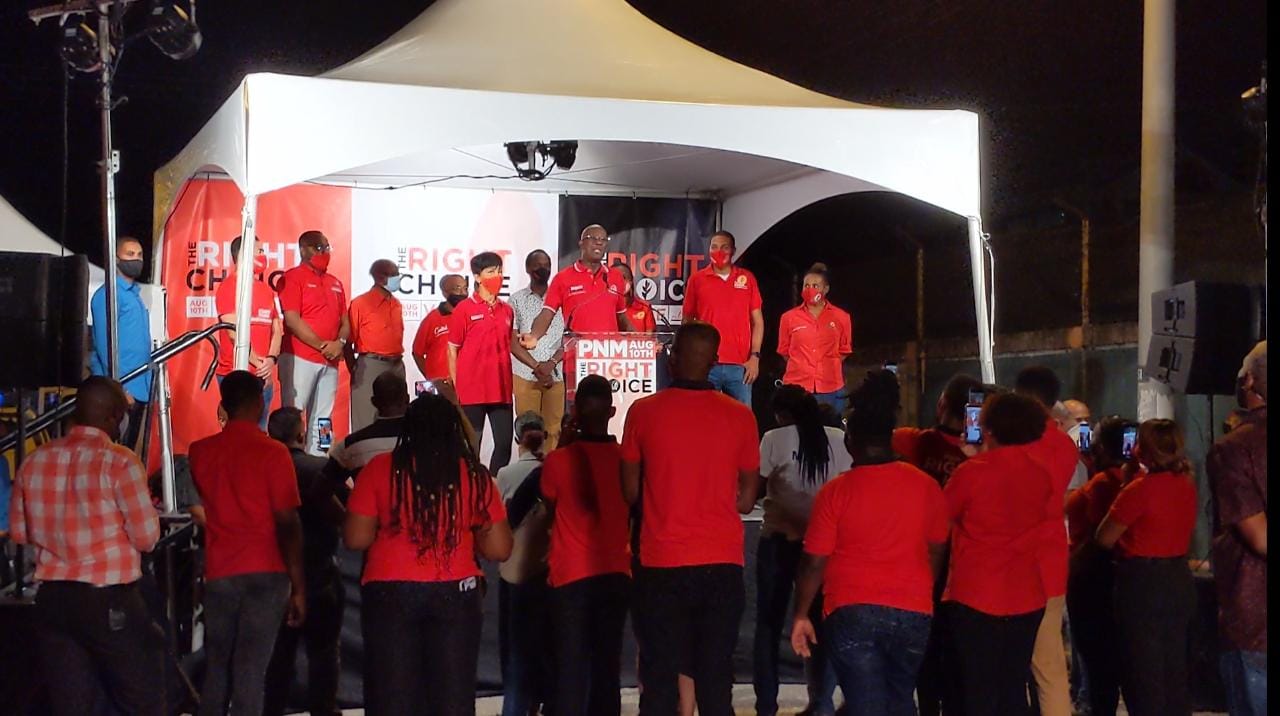 The People's National Movement (PNM) has declared victory in the 2020 General Election.

Addressing a small gathering at a stage set up outside the PNM's Balisier House headquarters Rowley,  flanked by party members, thanked those who were instrumental in the PNM's victory at the polls.

Election results will be declared by the Elections and Boundaries Commission (EBC) tomorrow.

Votes are still being tallied in some constituencies but the People’s National Movement (PNM) is declaring 15 seats.

Polls are still being tallied.