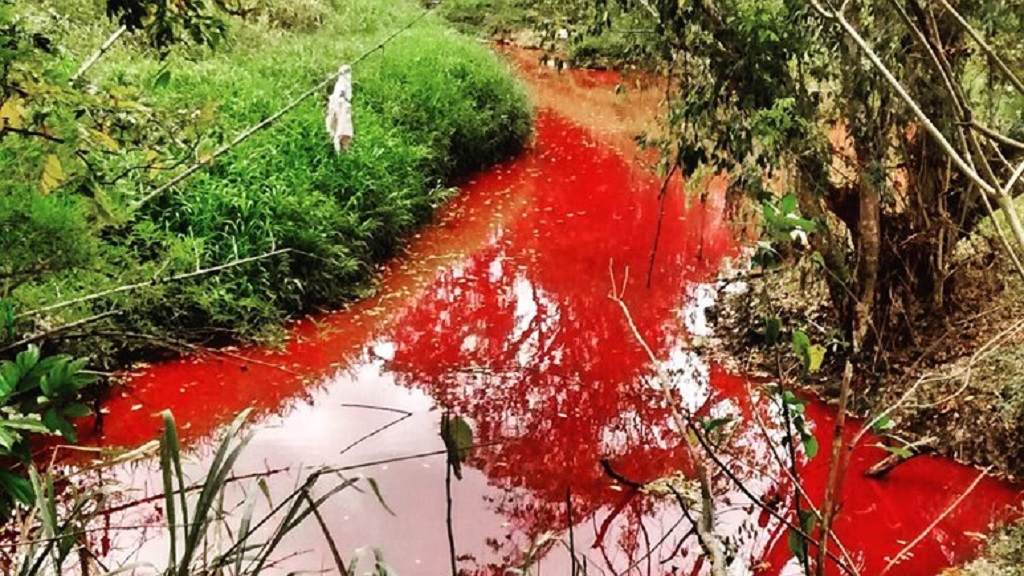 Photo: A post on Facebook of the Oropouche River running red was proven to be false after the EMA investigated the matter. Photo via The Intellectual/Facebook.

Citizens were put into a flurry after reports were made of a river turning red in Debe, Trinidad, last week.

However, the Environmental Management Authority (EMA) said after investigating, they saw no evidence of red or pink discolourations in the Oropouche River, which is located near the Digity Mud Volcano.

The matter was initially reported by Facebook page The Intellectual, on July 12, and the EMA said it has since visited the site and examined the river from several vantage points and found no red substances.

"Following the social media post and reports of the presence of reddish/pink substance in the Oropouche River, in the vicinity of  the Digity Mud Volcano, Debe, the Environmental Management Authority (EMA) conducted its investigations."

"The EMA team examined the river from several vantage points, both upstream and downstream and did not observe any evidence of reddish/pink discolouration of the river water," the EMA said.

The EMA said it remains in contact with the Penal/Debe Regional Corporation and that both entities will continue to monitor this situation.

The Authority also reminded the public that it is illegal to pollute rivers with any hazardous substances.

Under the Environmental Management Act, anyone caught dumping a pollutant or hazardous substance which can endanger human life or health is liable upon conviction to a $100,000 fine and/or imprisonment for up to two years.

The EMA also reminds the public of its responsibility under Section 37:05 (70) of the EM Act, that