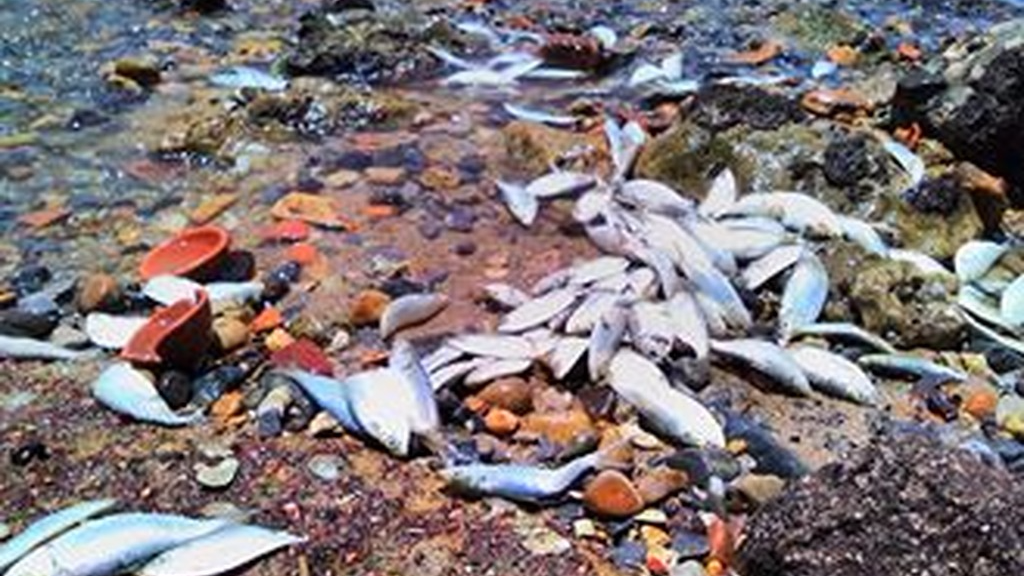 In this photo, dead fish was captured in La Brea last year as well.

The Environmental Management Authority (EMA) said it would be testing samples from dead fish found in La Brea.

In a release, the EMA said it responded immediately yesterday upon being made aware of the presence of a variety of dead fish species in the vicinity of the La Brea coastline by local Community-based Organisation ‘La Brea Fisherfolk Association’.

The site visit by the EMA confirmed the report of dead fish, with approximately 45 to 50 fish of varying species observed.

Samples of the fish have been taken by the EMA for laboratory analysis later this week.

"While the incident appears to be confined to the immediate vicinity of the La Brea coastal area, there were no observed abnormal conditions, substances or indicators at the time of the site visit to suggest the likely cause of the fish deaths," the EMA said.

The EMA said it was not notified of any upset conditions by industrial operators in the region.

The EMA said it continues to monitor the situation and awaits the results of laboratory analysis to attempt to identify a likely cause of this incident.

In the meantime, the general public is asked to report any additional observations of a similar nature to the EMA’s Emergency number (868) 680-9588 or email the Authority at complaints@ema.co.tt.