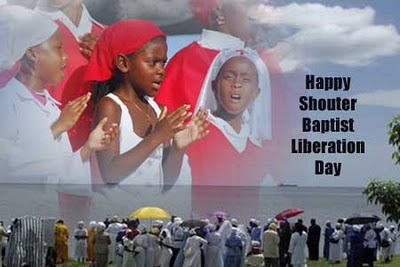 The Emancipation Support Committee of Trinidad and Tobago is extending solidarity and best wishes to members of the Baptist faith and the leaders and organisers who have inherited a tradition of struggle to keep an African-rooted faith alive.

"We congratulate the community for the tenacity which it has shown in the face of legal prohibition and social ostracism. Instead of the legal ban on the practices of the faith destroying its foundations in Trinidad and Tobago, it brought out the revolutionary spirit in the movement. When the banned drums and chants echoed from the Hills of Laventille and other vantage points, from the spaces where the authorities feared to tread, they represented the collective spirit of our people, the spirit of rebellion against cultural domination and rejection of colonial control," the ESC said in a release.

"At this time we pay tribute to all those who never gave up the fight, the leaders and the mass of worshippers. We pay tribute even to those who were too fearful to engage in open defiance but held on to the faith in their hearts and homes and private spaces, patiently praying and waiting for the moment when they could assert their right to pray according to their own traditions, sing with their own intonations and dance to their own rhythms."

The ESC said even though the conscious knowledge of Africa may have died in some, Africa continued to live in their spirits and sacred practices.

"They preserved for all of us, Baptists and non-Baptists, a part of the self that slavery and colonisation sought to destroy. As we confront the challenges of the present and the future let that spirit infuse your/our children to gain greater self-knowledge, to triumph in the education system, acquire the skills required for individual and collective success in the modern world and continue playing a constructive role in shaping the future of our country."