In embattled Venezuela, beauty offers ladder out of poverty 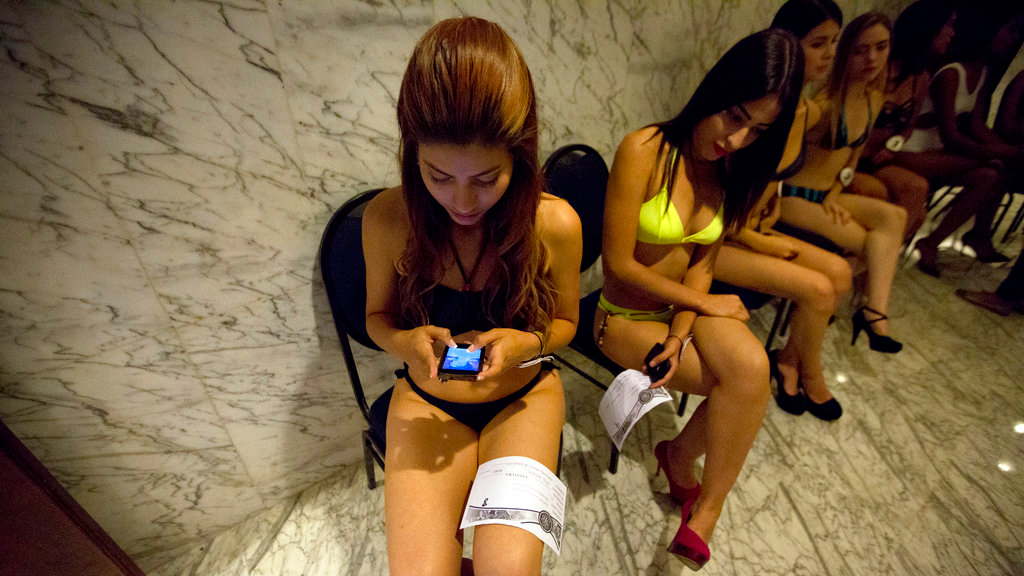 In this June 23, 2018 photo, contestants wearing swimsuits wait their turn for a interview, at a casting for Miss Our Beauty Venezuela Contest, at a hotel in Caracas, Venezuela. (AP Photo/Fernando Llano)

The 16-year-old daughter of a butcher and a teacher is pinning her hopes for a future free of poverty on a single goal: rising through the world of pageants and becoming an international beauty queen.

"These sashes represent a huge accomplishment for me," says the skinny teen with dark brown eyes as she pushes her long black hair from one side to another. "I accomplished what I set out to achieve."

While growing concern about sexism and the rise of the #MeToo movement recently led the Miss America contest to drop swimsuit competitions and emphasize personal accomplishment, in Latin America young women continue to flock to competitions where good looks are unabashedly championed above all else. 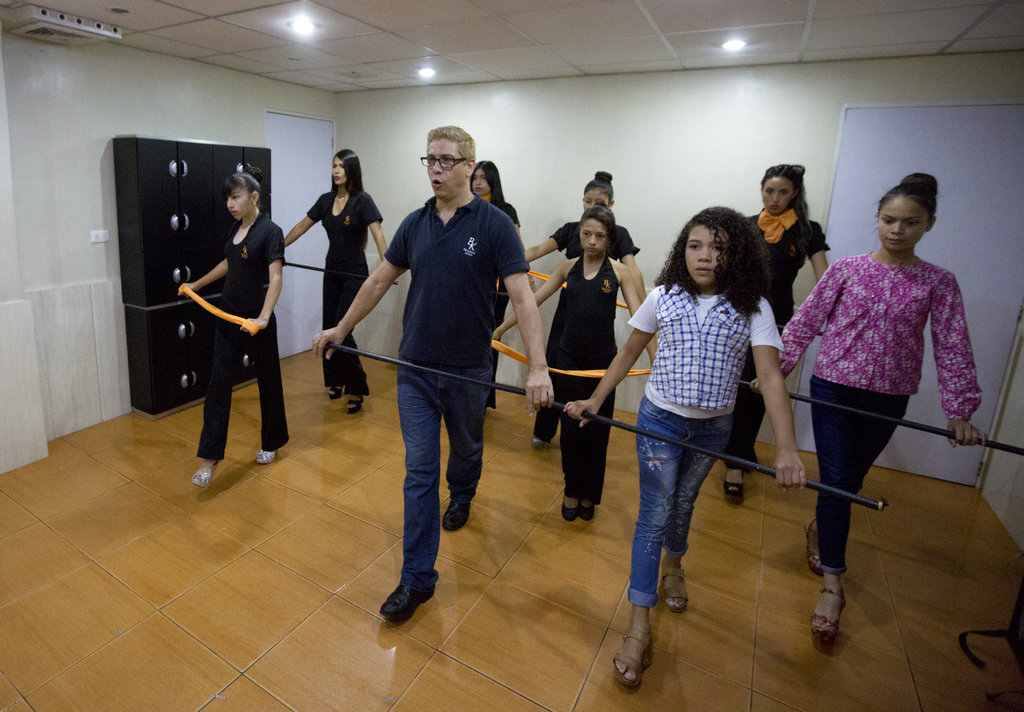 In Venezuela, competing comes at a high price: Elaborate sequined gowns and pricey cosmetic surgeries are out of reach for most in a country where inflation is running in the five digits and state workers earn about $3 a month. Earlier this year the Miss Venezuela pageant was rocked by accusations that some contenders finance their journey to the crown by finding wealthy men to pay for gowns and surgeries in exchange for sex.

But even alarming charges like those have done little to deter young women like Colls, whose parents have enrolled her in one of Venezuela's top modeling schools despite their modest income in hopes of transforming their daughter into a beauty queen.

"I hope the values and education I am instilling in my daughter serve her well," said Lisbeth Linarez, the teen's mother. "So that in the future if anything bad might come her way, she knows how to ward it off."

After oil, beauty queens may be Venezuela's biggest export: Women from the South American nation have captured seven Miss Universe titles and crown holders have gone on to notable careers as actresses, journalists and even presidential candidates.

When the annual Miss Venezuela pageant is aired on television, millions tune in, paralyzed in suspense as contestants parade on stage in neon-colored bikinis while their measurements are read aloud and they answer questions like how they would draw people back to the waning Roman Catholic church.

As the nation plummets into economic ruin, even more young women are holding fast to dreams of becoming beauty queens.

At a recent casting for the Nuestra Belleza Venezuela contest, a pack of teens and 20-something women donned towering heels and coated their lips in glossy pink hues before strutting in front of judges. Among them was Oxlaniela Oropeza, a law student, who said the recent Miss Venezuela scandal hadn't quashed her ambitions. 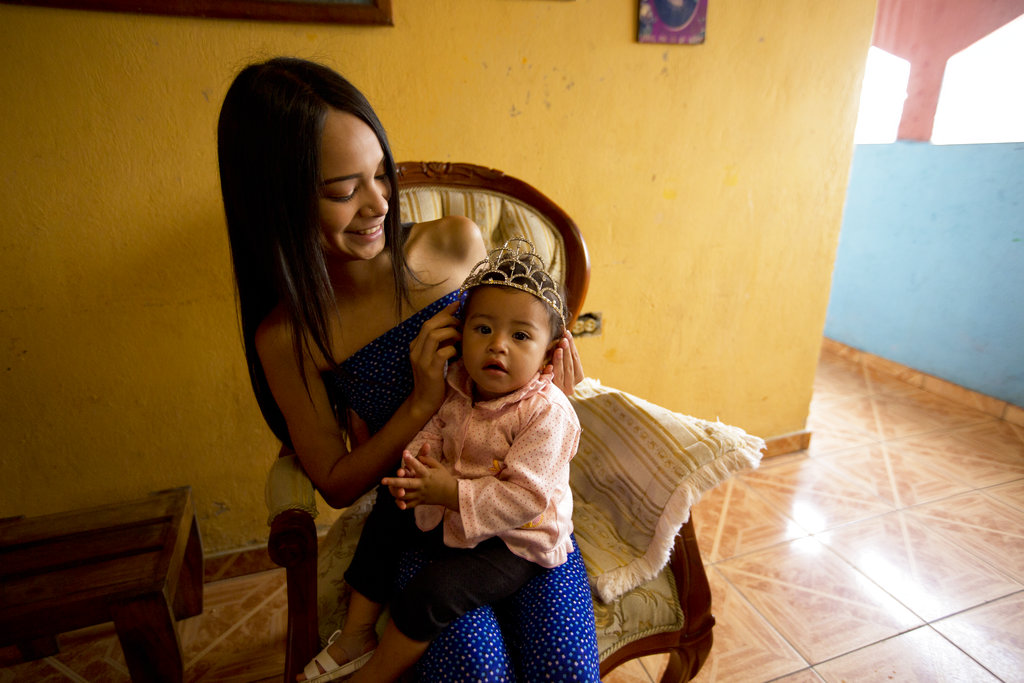 In this July 1, 2018 photo, Johandrys Colls places a crown on her niece Victoria, at her home, at a slum in the outskirts of Caracas, Venezuela. (AP Photo/Fernando Llano)

"My values are intact and no one can take that away from me," she said. "From the time I was 6 years old, my goal has been to become Miss Venezuela."

In Venezuela, one man has ruled as king in transforming fledgling ingenues into flawless beauty queens: Osmel Sousa.

The so-called "Czar of Beauty" led the Miss Venezuela pageant for nearly four decades before leaving the organization in February as accusations spread on social media that organizers had arranged for some contestants to work as escorts for high-ranking government officials in exchange for glimmering jewels, elegant gowns and cosmetic surgeries.

The Miss Venezuela contest suspended operations amid the outcry.

Sousa has denied any claims suggesting he played a role in helping contestants find so-called "sponsors" and several candidates have spoken out in his defense. Still, multiple women have come forward to say that finding a well-off man to back their pageant aspirations has long been a common practice.

Patricia Velasquez, a contestant in the 1989 Miss Venezuela pageant, wrote in her memoir about feeling obliged to enter a relationship with an older man who found her an apartment in Caracas and paid for breast implants.

"I quickly learned that getting into the Miss Venezuela contest meant I would have to start prostituting myself in order to find a sponsor," she wrote. "Not everyone needed to go to such lengths, but that was my reality."

In a recent interview with The Associated Press, Sousa said that if any wrongdoing was committed, those responsible should be held accountable. He recently launched a new pageant called "The Contest" that will still feature a swimsuit segment, which he defended as an important demonstration of style, physique and health.

"Watching the swimsuit competition is practically the most important part," Sousa said from the lobby of a posh Arabic restaurant in Caracas.

Some like Esther Pineda, an expert in women's studies, believe the continued popularity of beauty pageants in Venezuela is also an indication of how deeply sexist the country remains.

Even as more women occupy seats in Congress and become business leaders throughout Latin America, a culture where looks are prized above intellect remains prevalent. The #MeToo movement that has toppled the careers of Hollywood luminaries and political heavyweights has registered little more than a ripple in Venezuela. 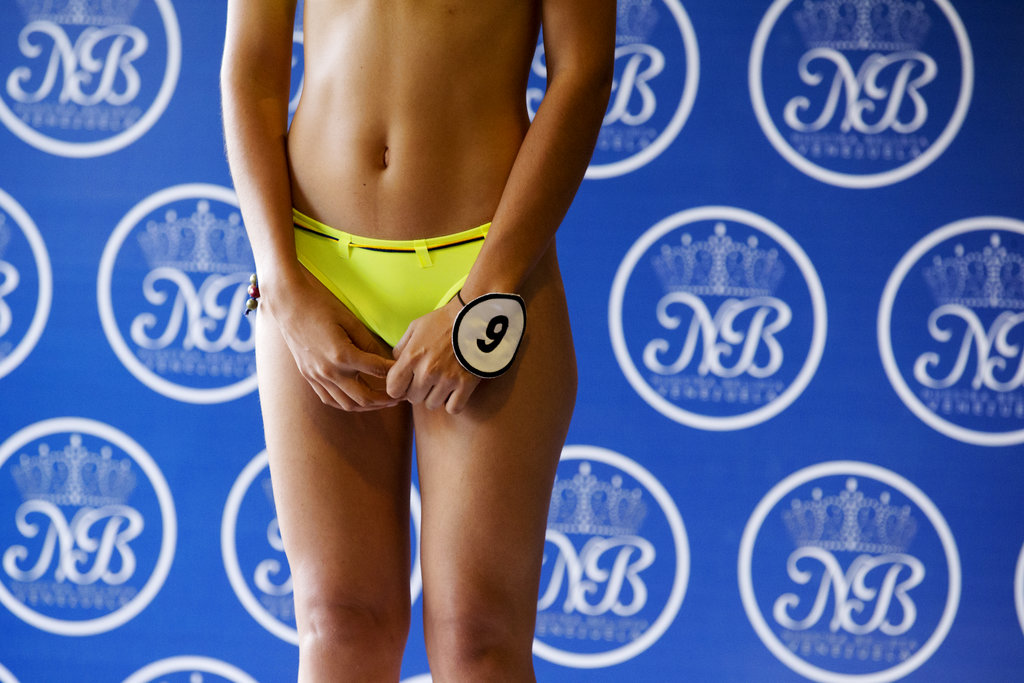 In this June 23, 2018 photo, a contestant wearing a swimsuit answers a question from a judge during an interview at a casting for Miss Our Beauty Venezuela Contest, at a hotel in Caracas, Venezuela. Even as more women occupy seats in congress and become business leaders throughout Latin America, a culture where looks are prized above intellect remains prevalent. (AP Photo/Fernando Llano)

Few believe that Venezuelan pageants are likely to emulate the recent decision by the Miss America pageant to nix the swimsuit segment.

"Physical beauty is seen as a value," Pineda said. "And it's given more importance than any other attribute."

Colls still remembers watching the Miss Venezuela pageant with her family at 6-years-old and then stealing her mom's high heels to imitate the beauty queens on screen.

"It's inspiring," she said, her lips curling into a smile at the memory. "It's something beautiful to see them compete and share their talent with the world."