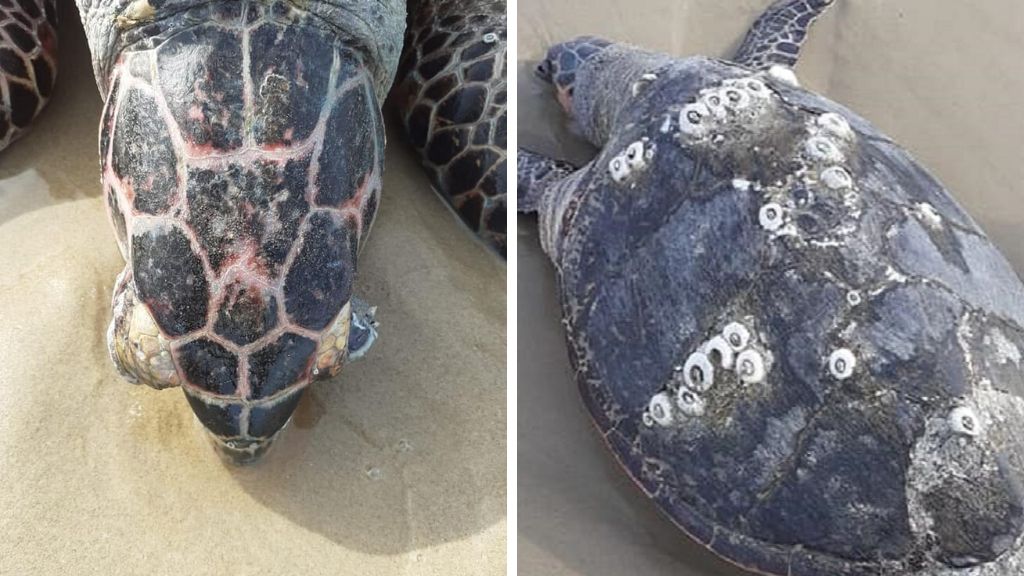 The carcass of a Hawksbill turtle, listed internationally as critically endangered, was found on Las Cuevas beach on Tuesday.

According to a social media update from the Las Cuevas Association, the turtle washed ashore on the beach early Tuesday morning. However no information was known on the cause of the animal's death.

The Association said the turtle would be sent for testing to ascertain the cause of death. 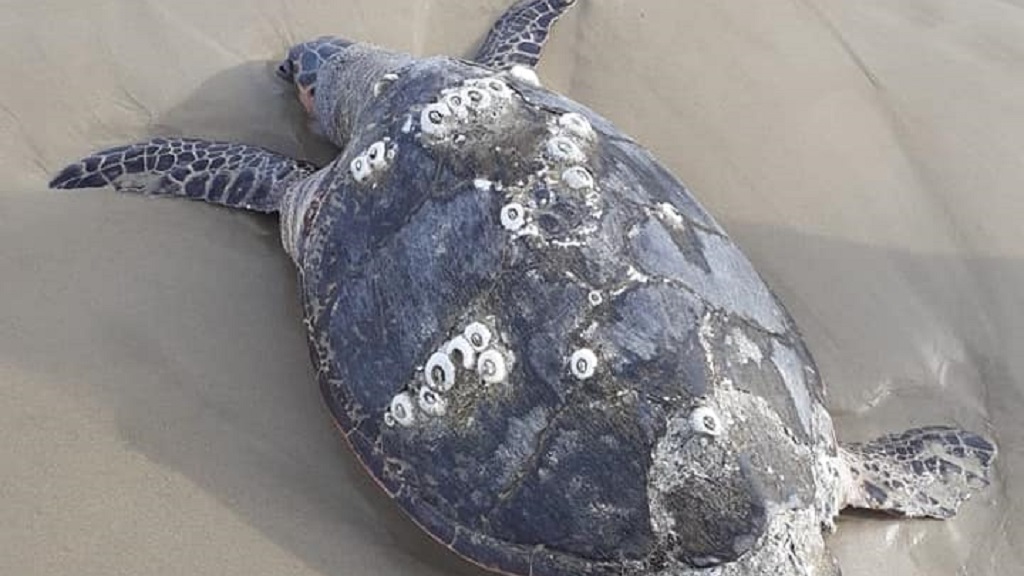 According to conserveturtles.org, Hawksbill turtles are listed as critically endangered (facing an extremely high risk of extinction in the wild in the immediate future) by the International Union for Conservation of Nature and Natural Resources.

The decline of this species is primarily due to human exploitation for tortoiseshell. While the legal hawksbill shell trade ended when Japan agreed to stop importing shell in 1993, a significant illegal trade continues.

Other threats include loss or degradation of nesting habitat from coastal development and beach armoring; disorientation of hatchlings by beachfront lighting; nest predation by native and non-native predators; degradation of foraging habitat; marine pollution and debris; watercraft strikes; and incidental take from commercial fishing operations.

Trinidad is listed as one of the Caribbean's nesting sites for Hawksbill turtles, along with Barbados and St Lucia.

Hawksbill turtles are protected by law. Under the Fisheries Act regulations, it is illegal to take, remove, or cause to be removed, any turtle eggs after thay have been laid by any female turtle or buried by any person.

Anyone caught buying or selling turtle eggs or killing, harpooning, catching or otherwise seizing any turtle, or offering it for sale, is liable to a $2,000 fine or six months in prison.

Additionally, by law commercial shrimp trawlers must be fitted with turtle excluder devices, and are required by law to rescue and assist in the resuscitation of any turtles caught in their nets.

Hawksbills nest at intervals of two to four years and nest between three to six times per season.

Nesting season for Hawksbill turtles takes place between April and November every year.