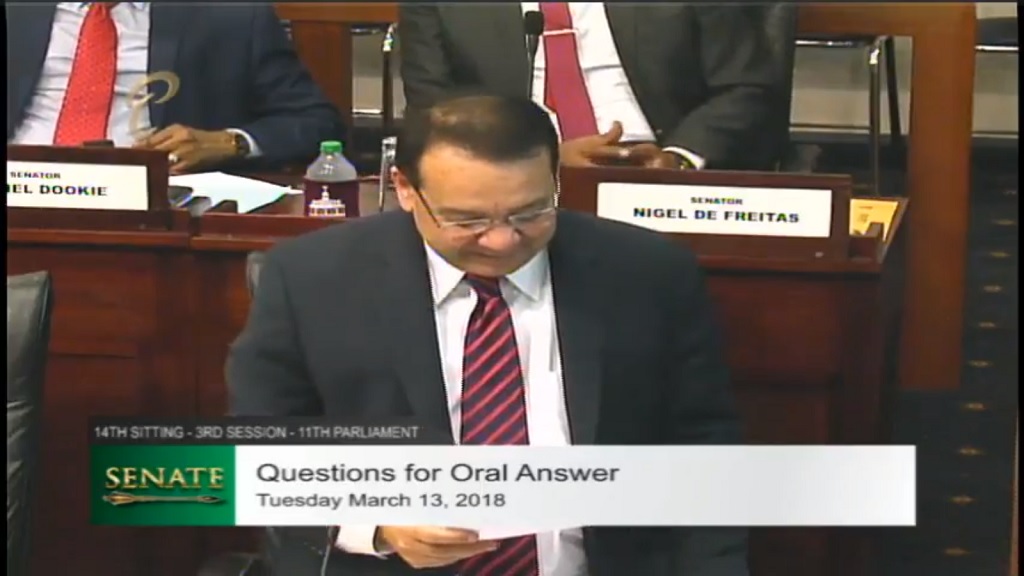 Energy Minister Franklin Khan said there is as yet no plan to privatise state-owned Petrotrin.

Speaking in Parliament on Tuesday during a sitting of the Senate, Khan said that the Board of Directors of Petrotrin is currently still in consultation with stakeholders.

“The Board of Directors of Petrotrin has been given a mandate to return the company to profitability and its management as a private, commercially oriented company.

“The Board is in consultation with stakeholders with a view to securing a sustainable turnaround of the company to return Petrotrin to viability.

“The Board has also built on the work presented by the team appointed by government to review the operations of Petrotrin and to make recommendations for its restructuring, better known as the Lashley Report, which was submitted on June 1, 2017.”

“These discussions are ongoing with frequent updates to the government and all stakeholders. At this time the board is examining a number of strategic alternatives and has not selected privatisation or any of those options, but will make that selection in consultation with all relevant stakeholders.”

“Given the complexity of the matter no definite timeline has been set for the completion of this exercise. However, given the serious financial position of the company, an early report by the Board is expected.”

Regarding the ‘strategic alternatives’, Khan said there were suggestions to split the company into separate units.

“One of the recommendations is to split the company into business units, one for refining and marketing, one for exploration and production.”

“There’s also another view from stakeholders that exploration and production be further subdivided into land and marine, which includes almost solely Trinmar operations," he said.

He added that there was another view that there be a separate Human Resource Division and/or to put the Augustus Long Hospital as a separate unit.

Khan added that government is, however, working in the best interest of the public.

“The decisions that are ultimately made have to be in the best interest of the shareholders which are the people of Trinidad and Tobago,” he said.

Khan added that in six months time there should be "great clarity as to the future of Petrotrin and what the options are".

Petrotrin said its Board of Directors has established a transition team that will assume immediate oversight responsibility for the company’s operations while the Board reorganizes the business into separate streams.

The transition team will include Chairman Wilfred Espinet, Deputy Chairman Reynold Adjodhasingh, who will have oversight for Finance and Administration, former Petrotrin Vice President and current director Anthony Chan Tack, with oversight for Refining and Marketing, and former BP Trinidad and Tobago CEO Robert Riley, with oversight responsibility for Exploration and Production.

Espinet said the team is expected to be in place for three to six months while the Board finalises the reorganisation.