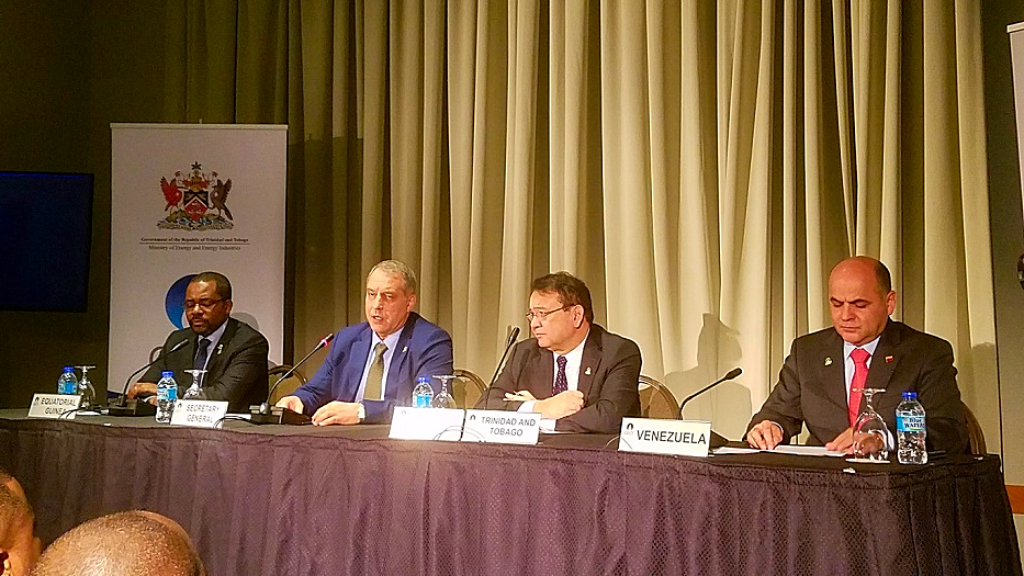 Minister of Energy and Energy Industries and President of the Gas Exporting Countries Forum, Franklin Khan, said the natural gas industry is forecast to grow within the coming year, a good indicator for Trinidad and Tobago.

Speaking at a media briefing after the second session of the 20th Gas Exporting Countries Forum (GECF) which was held in Trinidad and Tobago from November 13-14, 2018, Khan said gas producing countries stand to benefit from these aligned interests and growing markets.

One of these is China, which is aiming to cut its coal consumption to around 55 percent by 2020.

“The Chinese market has grown phenomenally. China still produces 70 to 74 percent of its power from coal. China has made the decision that it needs to move away from coal.”

“If China drops its coal usage from 75 to 40 percent or 50 percent, this would be a whole new market which would have opened up. There is always a robust market in Asia, it is just how we work together as producers and exporters. The common bond of the GECF is assisting in extracting the best economic wealth for various countries based on their natural resources,” he said.

However, Khan acknowledged that two of the world’s major LNG producers, the US and Australia, are not members of the GCEF, which he said is their choice.

“There are two major gas players who, for reasons best known to them, have not attempted to join the group – the USA and Australia. In fact, Australia is on a massive gas expansion as we speak.”

During the Forum, members discussed current and future energy trends and the role of gas as outlined in the 2018 GECF Global Gas Outlook 2040 and the Annual Statistical Bulletin both scheduled to be released in December 2018.

Khan said there is also a focus on Africa and its emerging markets, such as Angola and Mozambique.

“Natural gas is the only fossil fuel that is planned for growth in terms of production and utilisation for the next decade,” he said.

The next session of the GECF will be held in Equatorial Guinea.