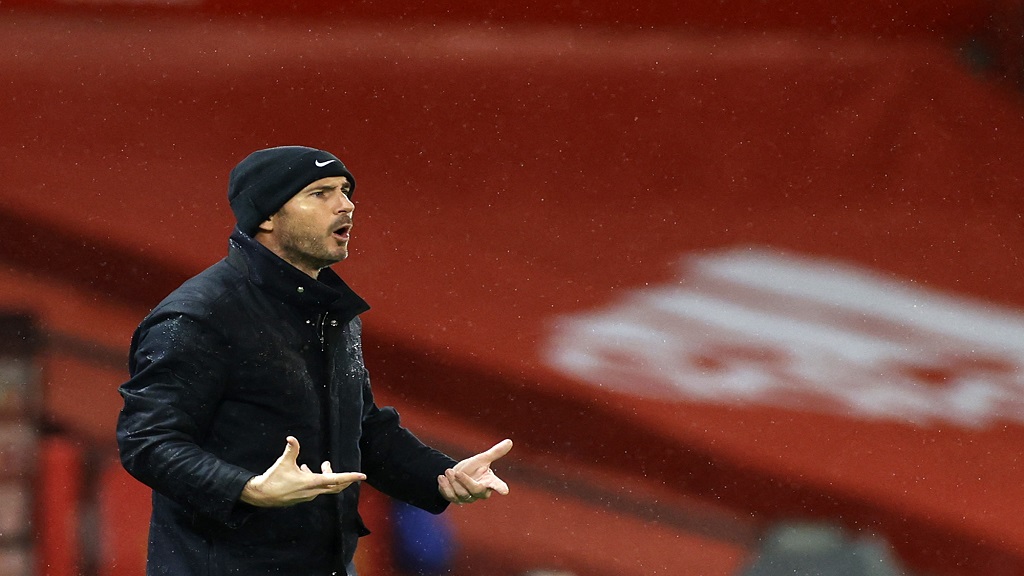 Chelsea boss Frank Lampard believes English managers are judged differently to their foreign counterparts and says more should be given the opportunity to lead Premier League clubs.

Lampard took over the reins at Stamford Bridge ahead of the 2019-20 season to become the first Englishman to permanently lead the club since Glenn Hoddle left in 1996.

He guided the club to a top-four finish in the Premier League in his maiden campaign but has overseen just two wins from Chelsea's opening six top-flight games so far this season, with Sunday's 0-0 draw with Manchester United leaving them in 10th.

That sluggish start has led to some people questioning whether Lampard is the right man for the job, but the 42-year-old is content with the progress Chelsea have made under his tutelage and says he receives more criticism because of his nationality.

Asked if he is judged differently because he is English, Lampard said: "I think possibly yes. I think when I got this job a lot of people were maybe questioning me getting it.

"Sometimes people can be quick to form opinions about a young English manager with just one year at Derby County. Sometimes we have to judge people on face value. I think all managers should be judged the same.

"I'm proud of what we achieved last season and it could have been even better.

"We're seeing English managers show their quality in the game. Hopefully, there are more opportunities for them. There's been a brilliant invasion of great quality coaches in the Premier League. Our eyes go to that and it becomes new and trendy, and rightfully so with what they achieve.

"But we have managers at home who can do it too. There are great managers and young coaches out there."

Chelsea face Russian side Krasnodar on Wednesday after opening up their Champions League Group E campaign with a 0-0 draw against Sevilla last week.

Lampard, whose side has lost just one of its last 11 away games in European competition, expects a tough test from Murad Musayev's side in what will be their first-ever home match in the Champions League.

"You can see the edge in our game and it's very important we keep that edge," he added.

"Coming to Russia to play against a team who are in the Champions League for the first time will not be a comfortable game for us. We have to have our edge."

Thiago Silva, who has contributed to clean sheets in the Blues' last two games, has not been included in the squad for Wednesday's game.

Kurt Zouma, his centre-back partner in those matches, praised the former Paris Saint-Germain man's contribution but believes there is more than enough quality to replace him.

"We've got quality everywhere," he said. "Of course, Thiago has been good since he came but also when he wasn't here we were doing good.