As Government tries to curb the spread of COVID-19, many businesses that are not considered essential services have been forced to temporarily suspend operations.

For those that could, the situation has forced them to consider new ways of conducting business to keep themselves afloat during these uncertain times.

As a result, some businesses have been turning to digital solutions as a new business model.

Ecliff Elie, a Caribbean menswear designer, has started offering online consultations as a solution to replace the physical consultations he had planned around the region.

Elie advertised his new services via social media this week. 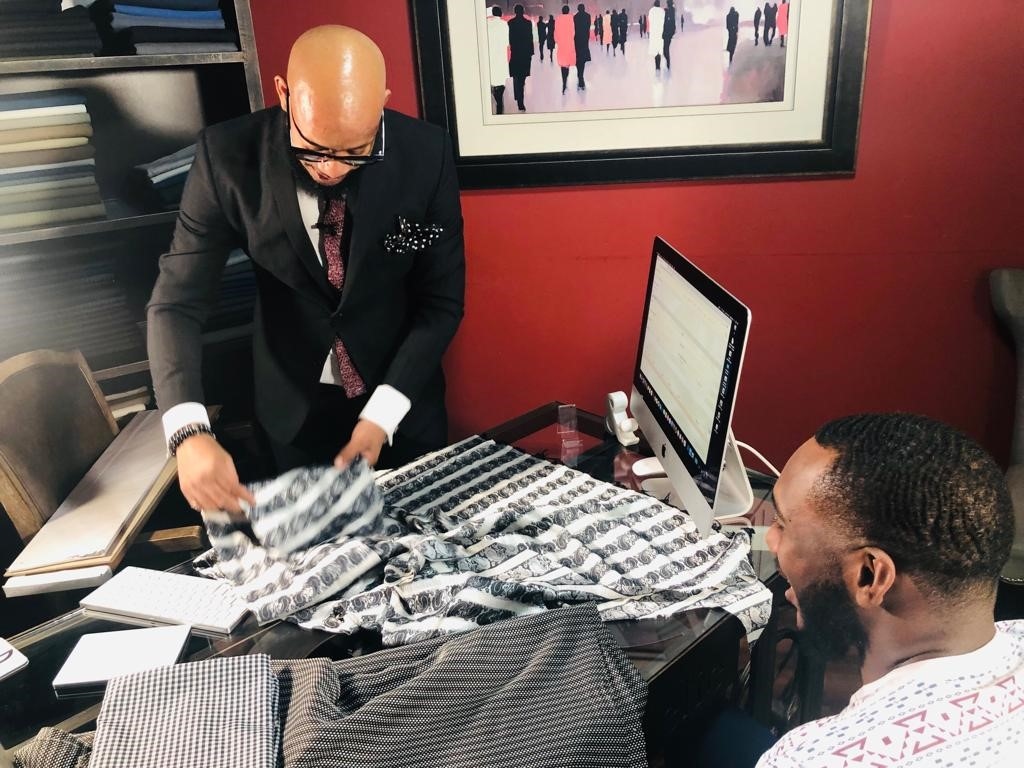 “I had my fashion tour planned for nine countries, Antigua, St Lucia, St Vincent, St Maarten, Jamaica, Barbados, St Kitts and Nevis, Guyana and Curacao. I had already gone to Antigua and was preparing to head to St Lucia when travelling became an issue,” he explained.

“I had my appointments set up already to go from one island to the next but now I have had to change the business model and implement video consultations due to social distancing. Every Tuesday I do consultations, we talk about style, colour, fabric, cost and once they are ready I send the, a video with guidelines on how to take proper measurements, send them a link to upload the information and within 21 days they would get the suit.”

Elie said he was already working on a website where people could buy his garments and he had a landing page already done which made the exercise a lot easier.

“I never did video consultations because I believe in one on one consultations. So now I decided to do it and I will do more because with this I can go further. I have customers in New York, Miami, Toronto and London that can benefit from this,” he said.

Video consultations aren’t new to Nicolas Castellanos but now he is juggling way more clients through this medium than he thought possible.

Castellanos is a personal trainer and the owner of Urban Fitness.

“It was pretty difficult. I don’t think I was prepared as we had a cap on online and distance programmes to 10 and we were managing that very good but switching from 10 to over 20, 30 people online was very difficult but it pushed us to be creative and create an online platform in a matter of days with tutorials, online coaching and now it looks like the future,” he told Loop.

Castellanos said he was able to create exclusive content for his members even his rehab clients who he has continued to help online. His clientele extends beyond T&T to Colombia, New York, Miami and Michigan.

He said as a trainer, switching to online training has forced him to develop concept videos where he emphasises quality over quantity.

He said for those who cannot pay online, they have been dropping off their fees and while there are those who do not want to participate in online training, the core base has stuck with him.

Urban Fitness will be adding diet and cooking tips soon to its online offering.

For Tobago-based Sex Educator and Sex Coach Onika Henry, while the use of online platforms has been an option she has been giving to clients since she opened her private practice in 2015, the current circumstances have forced her to expand the services she offers online.

“What is new to me is transferring my workshops to an online platform,” she said, revealing that she did her first short course online with the Caribbean Cancer Institute on cancer and sexuality.

“That is something I haven’t done but that experience made me realise that is something I can add now. This broadens the number of persons who can participate and those who are abroad can join in as well. It is presenting new opportunities,” she said.

Commenting on the use of digital technology and automation in this time when businesses are forced to be disrupted, Bevil Wooding, a Internet strategist and director of Caribbean affairs at the American Registry for Internet Numbers, said in every crisis like this there would be a culling of businesses that have difficulty transitioning and the emergence of new business models and new stars who are ready for the new context.

He said, however, that there are some issues that now have come to the fore such as the lack of a proper infrastructure to support these small businesses like access to capital, the ease of doing online business with local banks, intellectual property protection and how to patent novel processes among others.

Businesses call for leniency with rental fees due to COVID-19