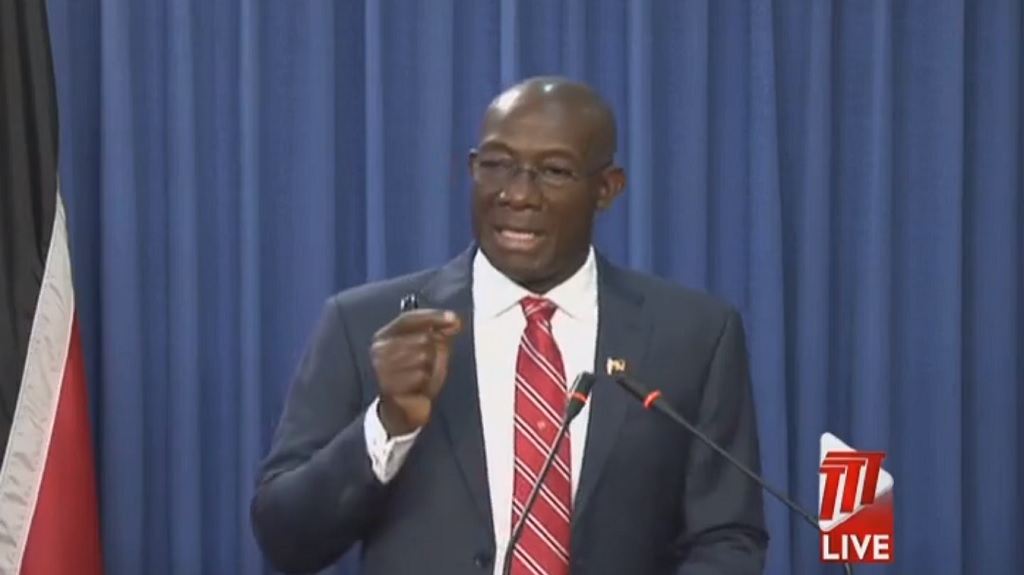 Prime Minister Dr Rowley slammed bars and party organisers ignoring the country's health regulations after the Health Ministry revealed that two or three bars were involved in the spread of COVID-19, according to their contact tracing data.

Speaking at a media briefing on Wednesday, Dr Rowley said he had commanded that national security agencies use the full remit of the law to crack down on anyone in violation of the Public Health Ordinance:

'The biggest pool of risk is the liming and drinking and eating out at restaurants and bars. We have had one or two instances of tracing that took us to those locations...Bars and restaurants remain a threat.'

'We are doubling up our monitoring of bars and restaurants on a daily basis. I have spoken to the Minister of National Security to speak to the Commissioner of Police...to enforce the law.'

However he said it was not necessary at this stage to close bars or reduce their operating hours.

Epidemiologist Dr Avery Hinds said during contact tracing, two or three bars were found to have been involved in 'superspreading' events:

'A fair number of superspreading events were noted among persons that had contact with a bar setting. At least two or three bars so far have been implicated in the spread from one person or group of persons to an apparently unrelated group of persons until a history of (contact) had been fully elucidated.'

He added that other areas with evidence of virus spread included areas of close contact such as schools, homes and workplaces.

Dr Rowley also asked those who are contacted by the Health Ministry to cooperate with officials in giving all necessary information to stop the spread of the virus.

Under current health restrictions, gatherings have been limited to groups of 10 or less.

As of August 6, 2020, SEA classes are to be discontinued, however the exam is still scheduled to take place, and the re-opening of schools remains as September 1, 2020.