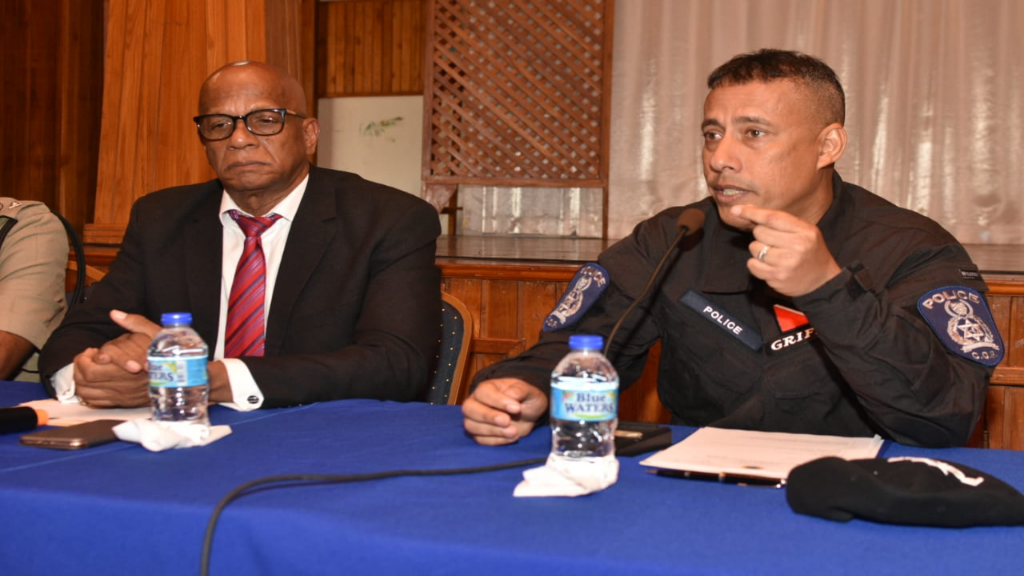 Visitors and residents to San Fernando can feel a little safer with the introduction of the Emergency Response Patrol (ERP), which is expected to serve as a deterrent to crime.

Police Commissioner Gary Griffith made the announcement following a meeting with San Fernando Mayor Junia Regrello and members of various business associations, on Thursday at the San Fernando City Corporation.

Commissioner Griffith said the Emergency Response Patrol (ERP) would provide security covering in San Fernando with patrols would be specifically assigned to the city providing greater visibility and a heavy deterrent, reducing the perception and fear of crime.

He noted that just as the Operational Command Centre, the Southern Divisional Command Centre would use technology to monitor the vehicles to ensure that they stay within their area of responsibility, which would bring greater efficiency in dealing with emergency calls.

Commissioner Griffith also welcomed the support from the Mayor and members of the business community, reiterating his commitment to uphold the “unwritten contract” where the Police Service would provide citizens with the fundamental right to safety and security.

The Commissioner also signaled his intention to take a strong approach to minors being allowed to engage in the use of alcohol and cigarettes.

Bars will be closed down if they are found selling alcohol to minors.

The CoP also said that he has a devised a comprehensive plan for San Fernando to ensure safety and security for the upcoming Carnival season.

The Commissioner and the Mayor Regrello went on a short walk about around the city after their meeting.

Laventille patrols increased after reports of men walking with guns

Over 1,000 patrols in seven days in Southern Division