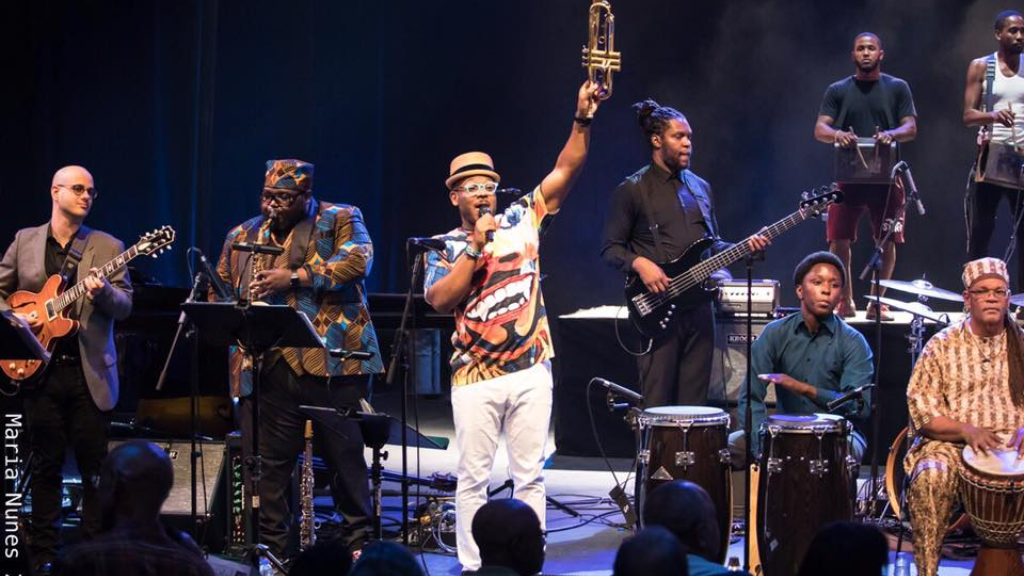 A jazz album co-produced by T&T-born musician, composer and producer Etienne Charles has won the NAACP Image Award for Outstanding Jazz Album. Charles served as an associate producer on Somi Kakoma’s “Petite Afrique”. He learned of the win following his sold-out concert, Carnival: the Sound of a People 2.0, at Queen’s Hall on Sunday night.

This was Charles’ third sold-out concert in the last two years.

Charles co-wrote five songs on Petite Afrique (the Gentry, Black Enough, Let Me, Midnight Angels and They're like Ghosts) as well as arranged strings, horns and played percussion and trumpet on the album. Somi’s sophomore project on the Sony Music/OKeh label, the album is a homage to her New York City upper Manhattan neighbourhood, and one of the Meccas of the African diaspora.

Somi is an American singer of Rwandan and Ugandan descent. Populated predominantly by a Francophone, West African and Muslim community, this is a strip of Harlem that locals call “Little Africa” or “Petite Afrique:” Many of these working-class residents — immigrants-cum-citizens — are now taxi drivers zipping other New Yorkers through the city they’ve called home since the 1980s.

Speaking on the NAACP Image Award win and his concert, Charles said: "I'm really happy for Somi! What a week! To be on stage with my band and some of my favourite guest performers was already a dream come true. So I was really shocked when I got the news late Sunday night that we had won the Image award. This album speaks to the times we live in and talks about real issues with immigrants and gentrification. As an immigrant myself, one who lived in the now very gentrified Harlem, I can clearly relate.”

Speaking about working with Charles, Somi said she wanted the legacy of jazz on the album since it was about Harlem. “Etienne has a more straight-ahead approach to jazz but he also really privileges so much of the Afro Caribbean heritage and really has an understanding of the Diasporic expression of ourselves and black people of the world,” she said.

The NAACP Image Awards celebrates the accomplishments of people of colour in the fields of television, music, literature and film, and also honours individuals or groups who promote social justice through creative endeavours.

Charles, Associate Professor of Jazz Trumpet at Michigan State University, has racked up a number of awards and accolades during his prolific career. In 2006, he won first place in the National Trumpet Competition Jazz Division in Fairfax, Virginia. In 2012 he was written into the US Congressional Record for his musical contributions to Trinidad and Tobago and the World and in 2013 he was awarded the Caribbean Heritage Trailblazer Award, by the Institute of Caribbean Studies, Washington, DC.

In 2015, he was named a John Simon Guggenheim Fellow in the Creative Arts and earlier this year was featured as a panellist and performer at the White House Briefing on Caribbean American Heritage in Washington D.C and received the prestigious Jazz at Lincoln Centre Millennial Swing Award. Charles holds a Bachelor’s degree from Florida International University and a Master’s degree from the prestigious Juilliard University. He has produced seven albums and tours the world with his band Creole Soul.

Carnival: The Sound of a People may have come and gone, but Etienne isn't finished with Carnival yet. He will return to Trinidad and Tobago on Carnival Monday to play for his 2018 live music presentation, Street Party.

Carnival: Sound of a People 2.0

Etienne Charles to launch 2018 edition of We the People