Jazz trumpeter Etienne Charles has been honoured for his dedication and commitment to the Performing Arts.

Charles received the honour at the Sunshine Awards in New York on Sunday, October 13

The black-tie Gala was held at the Robert Treat Hotel in Newark, New Jersey and featured performances by the Mighty Sparrow, Crazy, Keet Styla (formerly Designer), Signal Hill Alumni Choir, Lenox Picou, Dr. Whitty and the Mighty Chalkdust all accompanied by Charles Dougherty and the Circle of Friends Band.

The event was hosted by the dynamic duo of Nikki Crosby and Errol Fabien.

"Thanks to the Sunshine Awards for their generosity and supportive recognition of my work. I'm humbled to receive this award for the Performing Arts at the 30th edition of this ceremony. Kudos to Gil Figaro, Dr Hollis Liverpool and the organising team for the vision to keep this tradition going and growing,” Charles said.

Charles has been known for incorporating the cultural traditions of his native Trinidad and Tobago into his work.

This is evident in his critically acclaimed concert - Carnival - the Sound of a People which debuted in T&T in 2017. 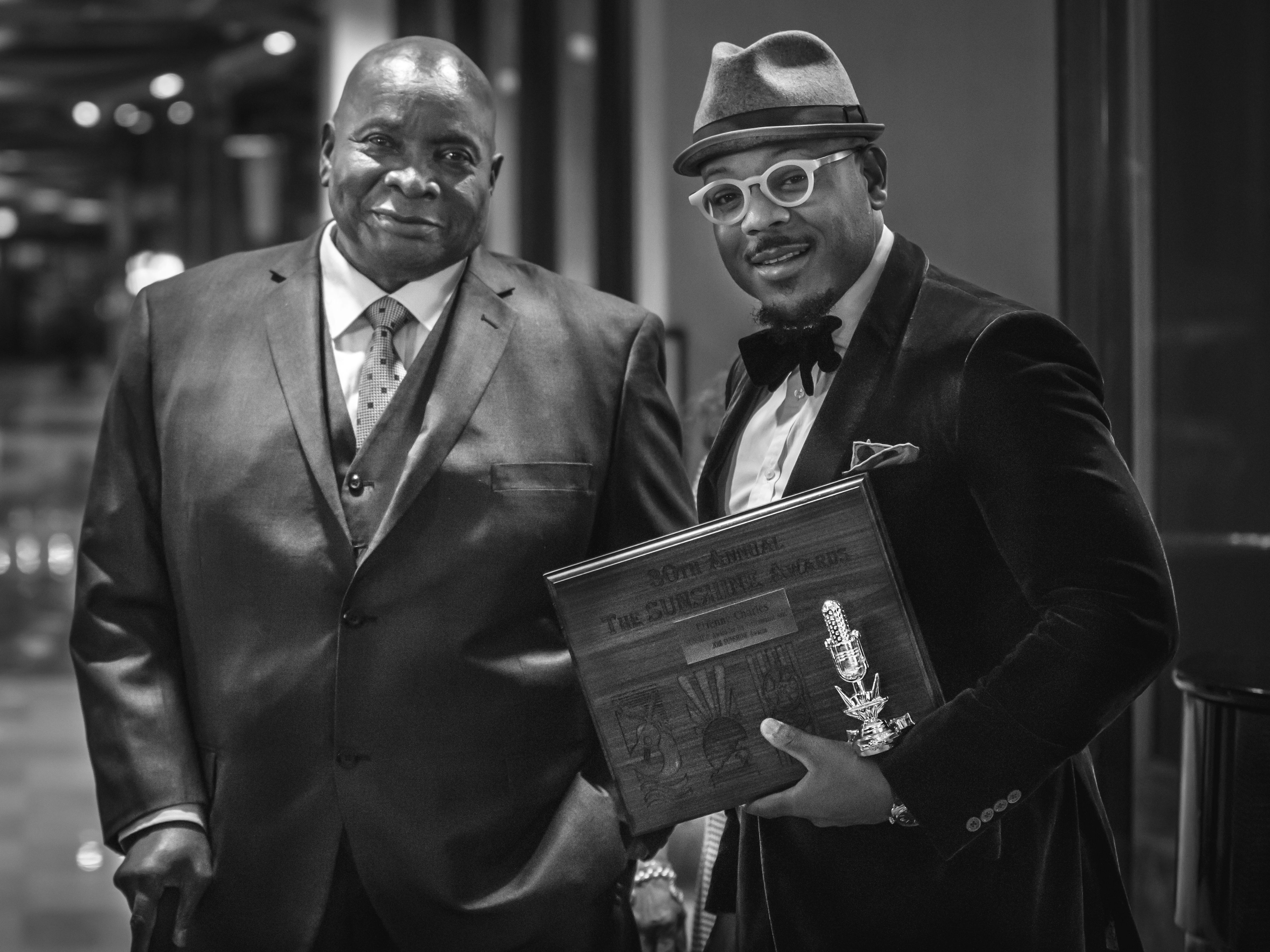 Charles will soon embark on a concert tour, featuring all original compositions inspired by and employing the varied sounds of Trinidad & Tobago’s carnival traditions in support of the release of Carnival: The Sound of a People Vol. 1 album, scheduled for a November release in Canada and February release in the USA. The North American Premiere will take place Friday 16th November at Toronto Centre for the Arts.

The in-depth research for this compositional suite included Charles travelling home to Trinidad and Tobago to record and interview numerous Carnival practitioners while on a Guggenheim Fellowship.

Charles has been enjoying a busy and stellar year.

This October, Charles begins travelling the world as part of the SFJAZZ Collective, an all-star ensemble comprising eight of the finest performer/composers at work in jazz today.

Over their 13-year existence, the Collective has honoured artists including John Coltrane, Herbie Hancock, Wayne Shorter, Chick Corea, Michael Jackson, and others. For the 2018-2019 season, the SFJAZZ Collective premieres innovative new arrangements of the work of pioneering Brazilian composer Antonio Carlos Jobim and freshly minted compositions by the band, in performances marking the debut of two new Collective members, Charles and bassist Matt Brewer.

The project will premiere in February 2019.

In April, Charles premiered Gullah Roots, an hour-long composition celebrating the fascinating cultural connections of the Gullah of South Carolina and Georgia.  The piece was commissioned by the Savannah Music Festival.

In July and August 2018, Charles performed a concert residency at Jazz at Lincoln Centre Shanghai with his group Creole Soul featuring special guest vocalist Melanie Charles and in July Charles was selected as a member of the inaugural faculty for Carnegie Hall NYO (National Youth Orchestra) Jazz, an all-star ensemble made up of USA’s brightest young jazz musicians.