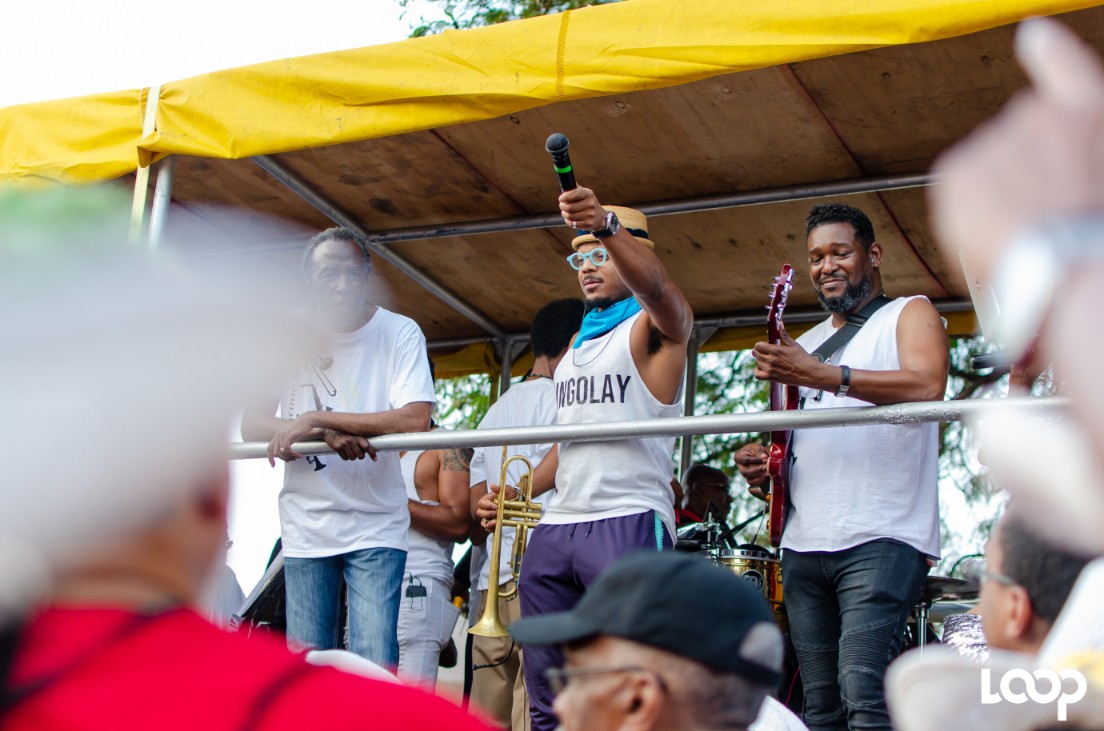 Etienne Charles is taking his Carnival band to Toronto.

Come tomorrow, August 3, the acclaimed Trinidadian Trumpet phenom and composer will take live brass back to the streets of Toronto for the annual Caribana celebrations.

Canada will be the first country outside of Trinidad and Tobago that Charles is expanding his Carnival band.

“Toronto has a special place in my heart.  When I was four years old, on a visit to my Aunt and Uncle in Toronto, I got to try a saxophone and instantly fell in love with making sounds. Toronto also has a vast history of Carnival. Like Trinidad, I noticed the disappearance of live music during the parade.  So I’m bringing back this integral part of Carnival for the people of Toronto and all who come to celebrate here for that weekend.”

Charles started the band three years ago on Carnival Monday in T&T with the intention of restoring the tradition of the live band that he believes has been lacking for a long time.

“Live music is the cornerstone of Carnival and we’ve lost that. I am bringing a band that will remind people about the power of live music and the sweetness of our vintage Soca,” he says.

From its inception, the band has grown from around 800 masqueraders to over 2000 as the concept has proven popular with people of all ages.

Charles, a Guggenheim Fellow in the Creative Arts who serves as Associate Professor of Jazz Studies at Michigan State University is NAACP Image Award winner for his work as Co-Producer, Composer, Arranger, Trumpeter and Percussionist on the album Petite Afrique by Somi and in October 2018, received the Sunshine Award for his dedication and commitment to the Performing Arts.

A member of the prestigious SFJAZZ Collective, Charles has been traveling the world with the ensemble in the last year performing in cities across Europe and the US.  He recently concluded his first European Tour as a bandleader playing in Madrid, Paris, Munich, London, and Trieste.