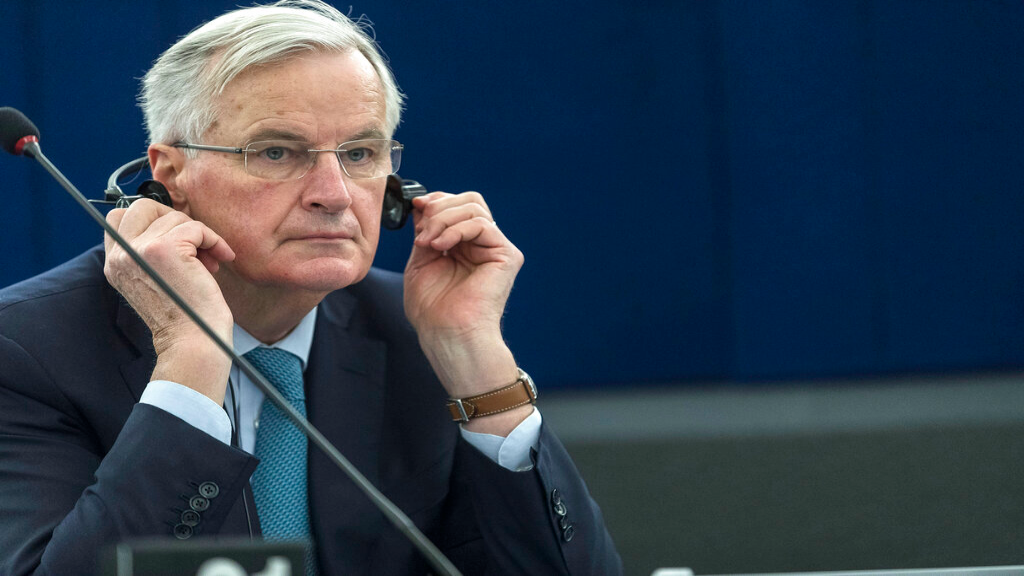 European Union chief Brexit negotiator Michel Barnier listens during a debate on Brexit at the European Parliament, Wednesday, Jan.16, 2019 in Strasbourg, eastern France. Barnier says the bloc is stepping up preparations for a chaotic no-deal departure of Britain from the bloc after the rejection of the draft withdrawal deal in London left the EU "fearing more than ever that there is a risk" of a cliff-edge departure. (AP Photo/Jean-Francois Badias)

European Union leaders were pleading Wednesday with the U.K. to finally get its act together on Brexit, end internal strife and come up with a realistic plan to leave the bloc — well over two years after Britain decided to leave the EU and departure just 10 weeks away.

European politicians watched the spectacle with a mix of shock and utter bafflement after Britain's Parliament discarded Prime Minister Theresa May's Brexit deal in a historic defeat for the government late Tuesday.

EU officials immediately said that plans to cope with a disorderly, no-deal departure on March 29, rife with the prospect of chaos on roads, airports, and administration would be sped up.

Hours after the humiliating setback for May's government, EU Brexit negotiator Michel Barnier said early Wednesday that the EU was "fearing more than ever that there is a risk" of a cliff-edge departure.

Guy Verhofstadt, the chief Brexit official in the EU parliament, said in an interview with The Associated Press that Britain had better start seeing the impending departure as a national crisis that goes well beyond party politics.

"The only lesson for them is that they need to sit around one table, opposition and majority to sort out what is in the national interest," Verhofstadt said.

What started as a fight within the Conservative Party which led to the June 2016 referendum, then spread to a hostile and bitter divide across British society and most parties in Parliament.

And despite the urgency and the massive economic stakes in winning a smooth departure with a long transition period and a raft of accompanying measures, division has only increased.

EU parliamentarians could hardly believe the chaos in one of the Western world's greatest democratic institutions. Watching Tuesday's debate in the House of Commons, EPP legislator Esther de Lange said she "could not help but thinking 'Boy, collectively they don't know what they want, but, boy, do they hold great speeches.'"

"Please, please, tell us finally what you want to achieve," Weber said.

There is a suspicion in EU circles that by running down the clock as close to March 29 as possible, Britain would seek to draw belated concessions from the 27 member states. But so far, unity among them has persevered and on Wednesday, each and all insisted that it would remain that way in the weeks to come.

Barnier said that any future deal would still have to include approving the withdrawal agreement, the 585-page document which the British parliament rejected on Tuesday.

"Whatever happens, ratification of the withdrawal agreement is necessary. It is a precondition," he said.

EU Vice President Frans Timmermans had one clear piece of advice for British legislators: listen to your own musical heroes and he started quoting from the Rolling Stones: "You cannot always get what you want. But if you try sometimes you just might find you get what you need."