Euro currency remains a work in progress on 20th birthday 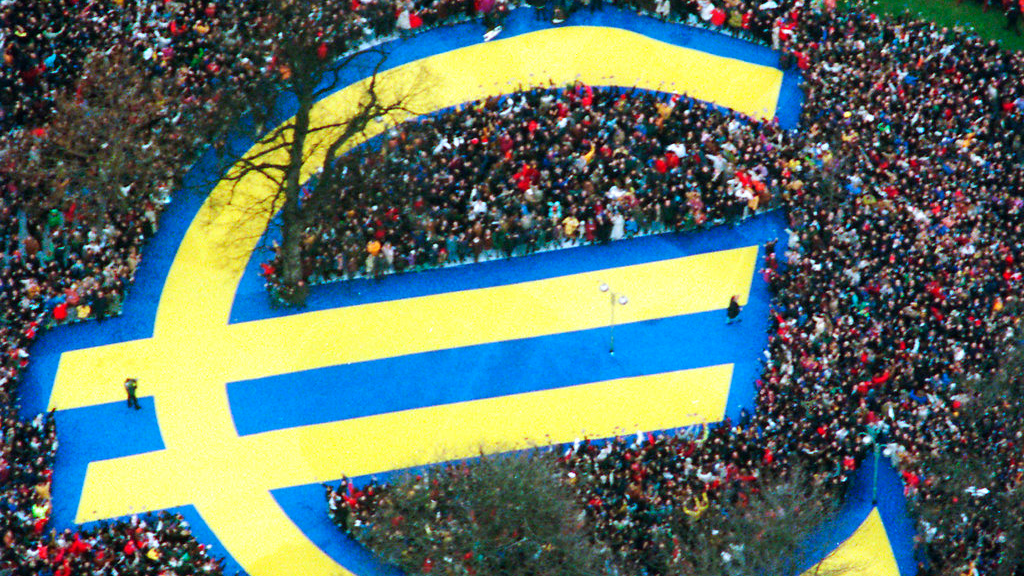 In this Friday, Jan. 1, 1999 file photo, thousands of people stand around a huge Euro symbol displayed in a park in Frankfurt's banking district on the day of the launch of the Euro, the European single currency, officially adopted in 11 European states. (AP Photo/Bernd Kammerer, File)

The euro is about to celebrate its 20th birthday, but the countries that use it are still wrestling over how the shared currency should work and how to fix flaws exposed by the debt crisis that marred its second decade.

The euro was launched on Jan. 1, 1999, when 10 countries fixed their exchange rates to it and handed decisions on interest rates to the newly-founded European Central Bank. Euro notes and coins went into circulation three years later.

The shared currency was seen as a solution to the constant quarrels over exchange rates that had marked European politics after World War II and as a logical extension of the European Union's tariff-free trade zone. Britain, notably, opted out, but 19 of 28 EU countries use the euro.

The euro is credited with increasing trade between members. But countries have struggled to adjust to trouble after giving up two big safety valves: the ability to let their currency's exchange rate fall to boost exports and to adjust their own interest rates to stimulate business activity. 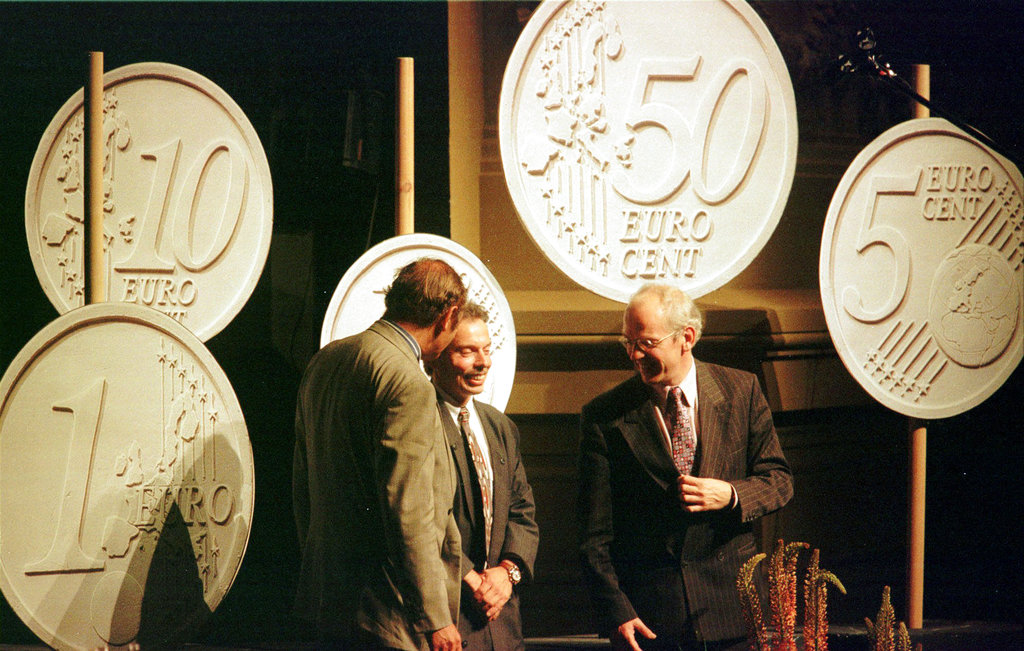 One partial solution could be a central budget to keep paying bills when member countries are slammed with recessions. European leaders called for some sort of central pot of money in 2015 and are finally working on how to set one up. Finance ministers were tasked at this month's summit with filling in the details by June. The budget remains, however, a severely limited version of an original 2017 proposal from French President Emmanuel Macron.

Another key patch — EU-wide deposit insurance to help prevent bank runs during times of stress — has been put off.

Meanwhile, the possibility of a new crisis like the one that threatened to break up the euro in 2010-2012 lurks. Italy's populist government chafes at spending restrictions that go along with the euro and wants to spend more on social welfare. Italy's dispute with the EU's executive arm, the European Commission, is on ice for now. But Italy's large debt load of 132 percent of annual economic output, lack of pro-business reforms and slow economic growth over its euro membership remain a simmering threat that could blow up during the next recession, whenever it comes.

The original euro setup under the Maastricht Treaty signed in 1992 made it clear that economic policy and spending were strictly national responsibilities, and member states were forbidden from bailing each other out. That concept went by the wayside in 2010, when the more financially solid countries led by Germany gave bailout loans to weaker ones whose debts were no longer sustainable, and enforced tough austerity as a condition.

But there's little agreement on going further. Germany and northern European governments like the Netherlands resist sharing risks and spending, fearing they'll end up paying for shenanigans in less well-run economies. From the other direction, France's Macron has pushed for a substantial central budget, against considerable resistance.

"We have evolved into a new, post-Maastricht framework, but we don't really have a political vision which explains what that new framework actually is," said Lucas Guttenberg, deputy director of the Jacques Delors Institute in Berlin and a former ECB economist.

An expert report carried out for the European Commission as long ago as 1977 estimated that a shared currency would need a central budget of 5 to 7 percent of gross domestic product. Without that, monetary union was deemed "impracticable." But the many treasury proposals floated, such as a rainy day fund or central help funding unemployment insurance in a downturn, run into opposition.

Guttenberg said it's clear some form of common budget is needed, but added that "as important as getting the fix on institutions and tools is to have a political idea of what the eurozone should be ..."

"The key question is that we don't agree yet on what we expect from the euro. "

While economists and politicians debate, ordinary people are left to sort out the ups and downs of sharing a currency.

"I think the euro for most Greeks was a symbol of accomplishment as a country. Most Greeks wished for their country to be more 'European' — more structured, wealthy, organized," said Yiota Lourida, a 45-year-old doctor at a state hospital.

"Post-crisis it's obvious the idea of the common currency and the reality of the euro are two different things. We signed up for a European currency and we got a German euro instead. That's not what most people had in mind 20 years ago."

Greece received three bailouts in return for rigorous austerity such as cutting government salaries and pensions. The country lost a quarter of its economy, and households an estimated 42 percent of their income. Still, Greece craved Europe's political and financial stability, having struggled with its erratic drachma currency and with political instability.

Considering the pain Greeks endured to keep the euro, the EU's single currency remains remarkably popular. Sixty percent say it's good for the country and 71 percent believe it's good for the EU — only slightly below average among currency bloc members as a whole, at 64 and 74 percent.