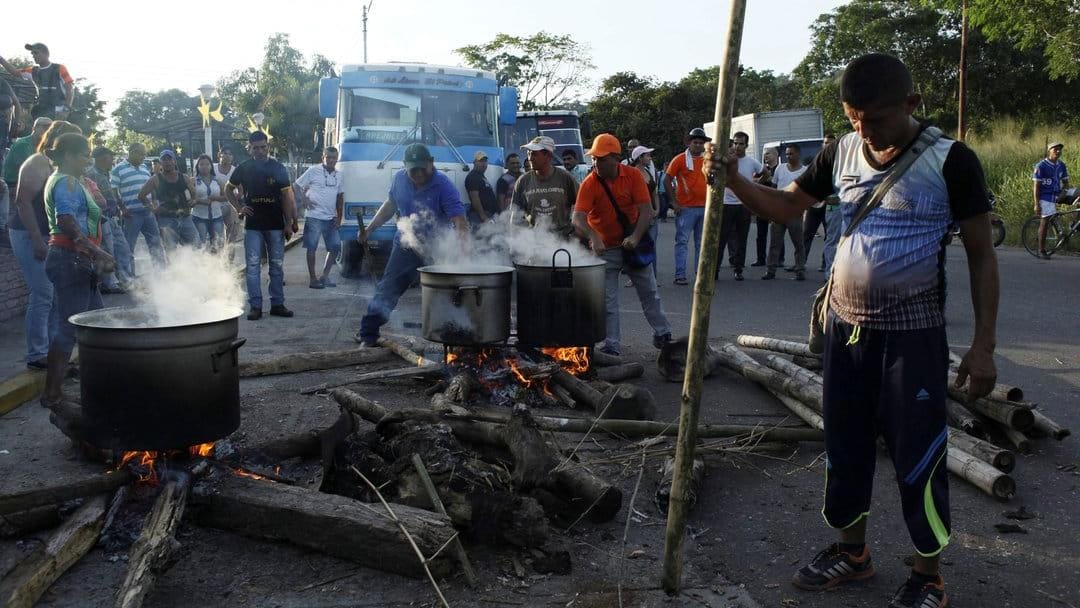 The European Union will spend more than $40 million to help Venezuelans suffering through a deepening humanitarian crisis even as the country's leaders have steadfastly denied it needs any foreign assistance.

Most of the money will provide health care, food and clean water to vulnerable Venezuelans living inside and outside of the country, European Commission officials said Thursday.

European leaders, meanwhile, have threatened a new round of sanctions against Venezuela's top officials, after what it considers President Nicolas Maduro's undemocratic re-election.

Commissioner Christos Stylianides said he recently visited Colombia's border with Venezuela, and signs of the crisis he saw were obvious.

"Many people are lacking crucial medicines and are in need of humanitarian assistance," Stylianides said. "We cannot remain bystanders to this human tragedy."

Venezuela was once one of Latin America's wealthiest countries, sitting atop the world's largest oil reserves. Mismanagement and a drop in global oil prices have left it in a deepening economic and political crisis, marked by shortages of food and medicine and mass migration.

Maduro won a second, six-year term May 20, which his closest rival has challenged in Venezuela's supreme court as deeply flawed with illegal tactics. Venezuela's leading opposition parties boycotted the election as fraudulent.

The United States, European Union and several of Venezuela's neighbors in Latin America have rejected Maduro's election as illegitimate.

Humanitarian groups in the past have raised concern that Venezuelan officials would use international assistance as political tool instead of sending it to communities where it is needed.

A spokesman for the European Commission, however, told The Associated Press that they're giving the money to crisis groups working in the region, like the United Nations and Red Cross so it doesn't fall into the hands of Venezuelan officials.

Venezuelan leaders haven't publicly commented on the European money being sent, but in the past they refused foreign assistance as a possible Trojan Horse that could open the politically turbulent nation to foreign military intervention.

Rather, Venezuela's government prefers to send assistance to other nations, not willing to admit its deep needs at home.

It was among the biggest providers of aid to Haiti following the 2010 earthquake. More recently, Venezuelan state TV showed 12 tons of supplies being loaded onto cargo planes headed to Cuba for island residents hit by a tropical storm.

Since Maduro's re-election, the European Union has called for a new presidential election in Venezuela, saying it will swiftly levy a new round of sanctions targeting those close to Maduro.

The European humanitarian assistance directed at Venezuela's people won't contradict its sanctions or those in place by the United States against 70 Venezuelan officials, including Maduro, experts say.

Eric Farnsworth, vice president at the Council of the Americas and Americas Society think tank, said Washington has already announced spending at least $16 million on Venezuela's exiles, while pressing sanctions.

"The key is to help the people without lending support to the regime," Farnsworth said. "It's complicated, although not impossible in my mind, especially if the EU continues on the sanctions effort."