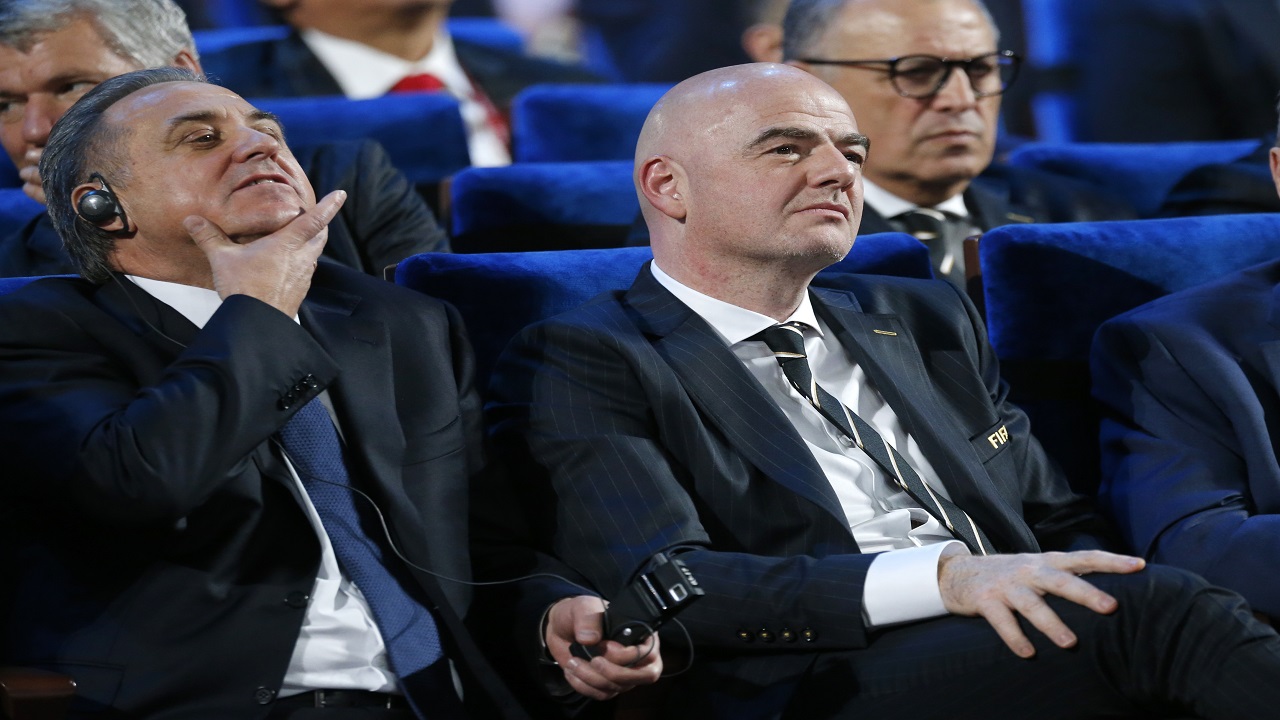 Global sports bodies FIFA and the International Olympic Committee (IOC) have failed to show strong leadership after corruption and doping scandals, according to a European lawmakers group.

The Parliamentary Assembly of the Council of Europe (PACE) said in two reports that "never before have sports faced such unprecedented loss of trust."

The 47-nation body released the reports in the same week an ongoing criminal trial in New York details bribery linked to FIFA, and the (IOC) finally punished Russia for a doping conspiracy at the 2014 Sochi Winter Games.

In the report focusing on soccer, FIFA President Gianni Infantino is described as a micro-manager, removing independent officials who "might have embarrassed" him by doing their duty.

FIFA said Thursday it "expected a better-balanced and objective" assessment of changes since Infantino was elected to replace Sepp Blatter last year.

The FIFA and IOC ethics panels, which can ban top sports officials, were both criticized for now lacking independence.

"The failures are systemic and call for a major overhaul of sports governance structures and practices," Danish lawmaker Mogens Jensen wrote in a 24-page study of sports in general.

The soccer report by former PACE president Anne Brasseur called for an independent panel to oversee "ethics and the integrity of elections." Both reports called for more international cooperation between public and sports bodies.

"This falls short of the expectations global citizens have from an organization such as the Council of Europe," soccer's world governing body said.

Brasseur's report, along with Jensen's study, will be debated by PACE members next month in Strasbourg, France.

FIFA and UEFA were praised for putting human rights into tournament hosting and promoting female candidates for key jobs.

On human rights "steps adopted by FIFA go beyond our demands and may really be a model," wrote Brasseur, a former sports minister of Luxembourg.

However, Brasseur met Infantino and FIFA secretary general Fatma Samoura in Zurich in October, and noted a reform commitment post-Blatter to separate executive powers from the presidential office appeared not to have made any real progress.

"Furthermore, in the three hours that the meeting lasted it was very much Mr. Infantino who was in charge, so I find it impossible to believe he is not at the helm concerning not only the macro but also the micro-management," Brasseur wrote.

In contrast, UEFA President Aleksander Ceferin was described as "far from being an all-powerful figure who can decide on everything."

Brasseur said it was "regrettable" and "a bad signal" that four key outsiders appointed to FIFA — its ethics prosecutor and ethics judge, plus audit and governance overseers — left within a year of each other after clashing with Infantino.

However, Brasseur noted that Rojas "does not really meet the profile of a 'prosecutor,'" and "her lack of knowledge of English and French is a major obstacle."

This was problematic, Brasseur said, because it made Rojas "more dependent on the secretariat that assists her, and ... it is objectively difficult for her to enter into confidential contacts with witnesses or experts."

On the Olympic ethics commission handling allegations of wrongdoing, Jensen noted its risk of conflicts of interest, along with a lack of guaranteed funding and independent staff.

The IOC did not immediately respond to a request for comment.

IOC President Thomas Bach's Olympic Agenda 2020 reform program was, Jensen wrote, "in some cases so vague as to cover almost anything. The International Olympic Committee needs to demonstrate bolder leadership and make headway in speeding up reforms."