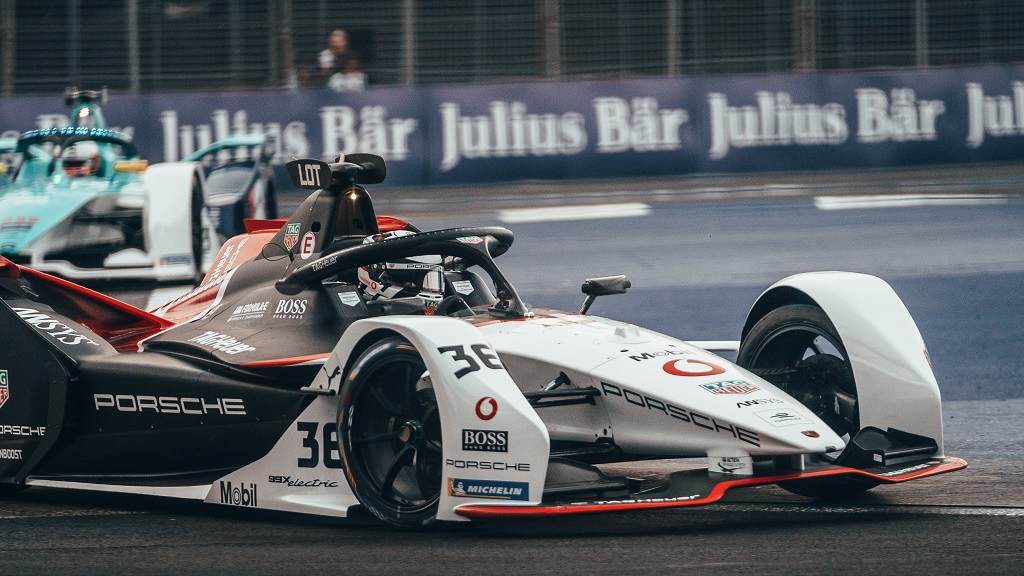 It was a day of triumph and drama for Porsche at the 2020 ABB FIA Formula E Championship in Mexico City.

The E-Prix, launched in 2014, has become the new frontier for the latest technology in electric cars – this year thousands of racing enthusiasts gathered at Mexico City's famous Autódromo Hermanos Rodríguez for the big event on February 15, 2020.

Porsche fans cheered as the Tag Heuer Formula E Team sealed its first pole position since the start of the competition in 2014, after Porsche driver André Lotterer completed the fastest lap in the Super Pole.

However, the joy was short-lived as the team failed to finish in points during the main race. Just seconds in, Lotterer was hit by final race winner Mitch Evans at the start of the first corner and lost three places.

The Porsche 99X Electric was damaged by other duels and was forced to prematurely end the race.

Porsche driver Neel Jani (CH) finished the race in 14th place in the #18 Porsche 99X Electric. The Swiss driver had secured 14th position on the grid in qualifying and was able to move up one place in the opening phase, before falling back after taking a drive-through penalty for a technical rule violation.

Porsche’s Head of Operations Formula E, Amiel Lindesay, said the race was a tough one:

“That was another tough race for us. André was repeatedly involved in battles that severely damaged the car. We eventually had to withdraw the car from the race. A drive-through penalty was imposed on Neel after the safety car period. We will have to analyse the precise reason for this.” 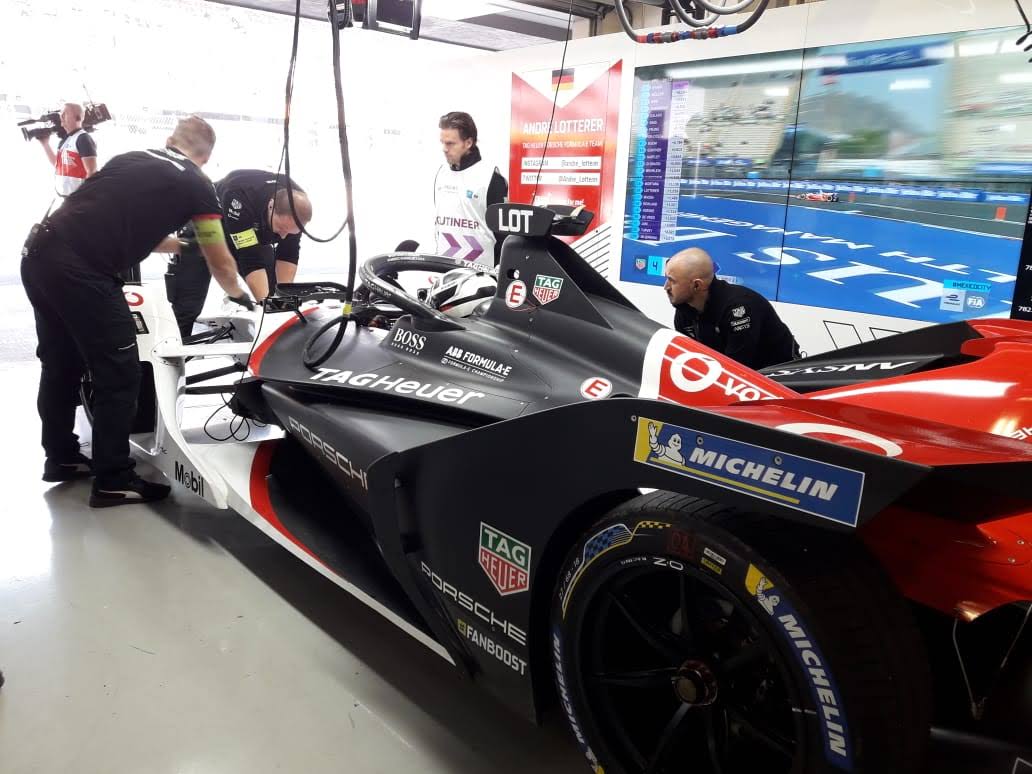 “Of course, we are disappointed with how the race went but we need to focus on the positive aspects of this weekend. The pole position and the pace of both drivers shows that we are really competitive.”

Neel Jani (Porsche 99X Electric, #18): “The start went well, even though I was on the dirty side of the track. After that, I was involved in a lot of battles and kept getting hit from in front and from behind. It’s a shame that I was later subjected to a drive-through penalty. Had that not been the case, a better result would certainly have been possible. I am happy that I was able to finish the race and gain some more experience. André’s pole position showed what the car is capable of. That gives us confidence for Marrakesh.”

André Lotterer (Porsche 99X Electric, #36): “Of course, that is not the result I had hoped for. I struggled with wheelspin at the start and then Mitch (Evans) hit me on the first corner. That lost me a few places. It was a tough race with plenty of incidents. After so many collisions, my car was so badly damaged that I had to retire. I will go back on the attack in Marrakesh.”

Leading the charge to energy sustainability

Nevertheless, the brand has sealed its place in the frontier of electric cars with the recent launch of the all-electric Porsche Taycan in Mexico, and later expansion of the model into the Latin American and Caribbean territories.

Director of Factory Motorsports for Porsche at the Formula E, Pascal Zurlinden, told Loop News that the brand’s launch of the Taycan as well as their presence at the Formula E are evidence of their commitment to sustainable energy solutions within the auto industry. 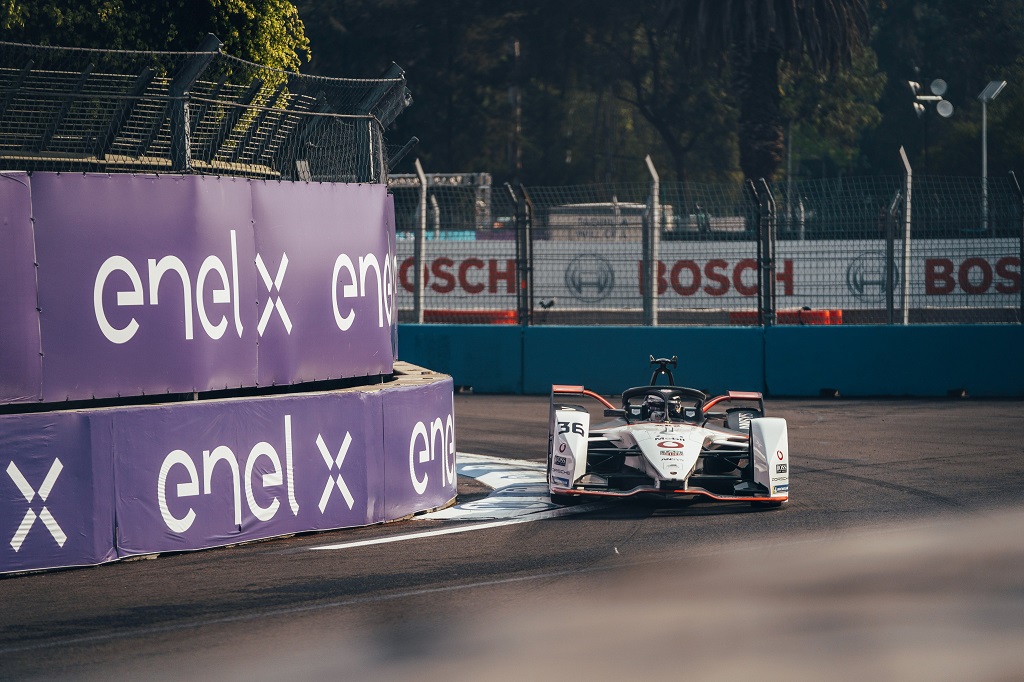 Zurlinden said: “For Porsche, sustainability is really important as shown at the launch of the new Taycan in Mexico City. This is a new path for Porsche and we’re showing the technology to show the efficiency of electric cars and throughout our competing at the Formula E.”

At 2,250 metres above sea level, the E-Prix Mexico City is the highest race on the Formula E calendar and is one of the highest tracks in the world.

However, the thinner air has no sapping effect on the horsepower of the fully-electric Formula E cars, which draw all of their strength from an on-board battery pack. As a result, Formula E cars have the same amount of horsepower here as they do at sea level.

Formula E was created by FIA President Jean Todt and Spanish businessman Alejandro Agag as a means to demonstrate the potential of sustainable mobility to help create a better, cleaner world.

Since making its global debut in the grounds of the Olympic Park in Beijing in 2014, Formula E has grown into a global entertainment brand with motorsport at its heart. Now, with 11 teams and 22 drivers on the grid, the Championship has become a destination for the world's best motorsport teams and talent.

Formula E serves as a competitive platform for global car manufacturers and mobility providers to test and develop road-relevant technologies.

By racing on the streets, the series acts as a catalyst, helping to refine the design of electric vehicles and improve the driving experience for everyday road car users all over the world.

The championship now boasts one of the best sporting calendars in the world, with 14 races in 12 of the most progressive cities across five continents.

The competition strives for fully sustainable measures including a closed-loop approach for recycling lithium batteries via Umicore.

Only two sets of hybrid tyres are used per car, per event – they are 100 percent recycled after use.

Measures are also taken to measure each participants’ carbon footprint. The areas of Formula E activity that are assessed include freight, staff travel, spectator travel, event food, infrastructure, overlay and energy usage, and starting from season five, the development and production of the Gen2 cars.

Porsche drives toward sustainability with Taycan's launch in Mexico