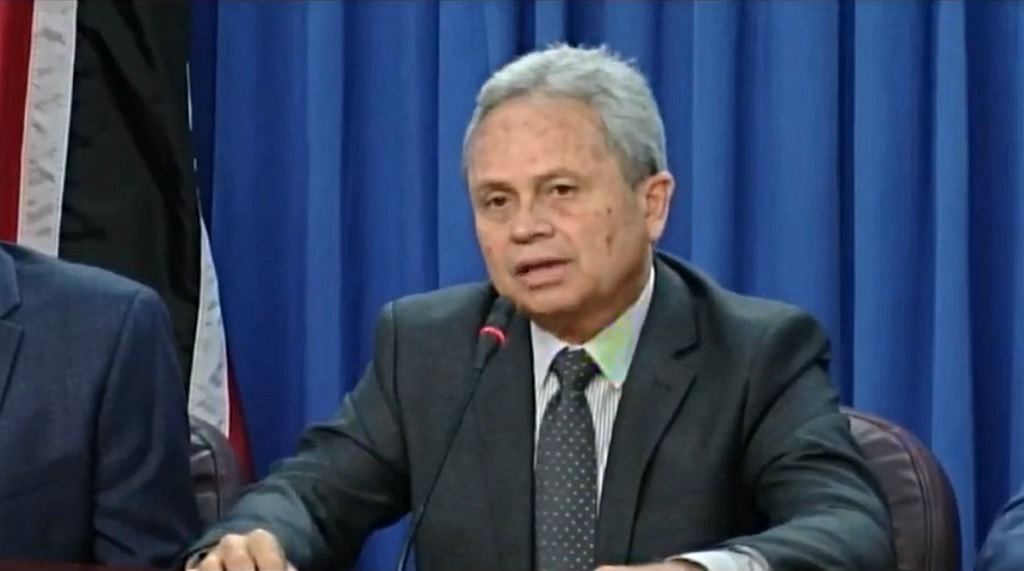 Speaking at Thursday’s post-Cabinet briefing, Imbert said EXIM Bank recently will soon be issued a license for the issuing of foreign exchange to local manufacturers who meet application requirements.

“I met with the Central Bank at my regular weekly meeting and all of the issues were resolved with respect to the granting of a license to the EXIM Bank to become a foreign exchange dealer. It will be limited because it’s limited for a specific purpose which is to make forex available to manufacturers," he said.

During last year's Budget Presentation, government announced that the EXIM Bank will be made an authorised distributor of foreign exchange to fund the income requirements of manufacturers with a minimum of 30 percent exports.

Imbert said the Ministry of Finance will use its own foreign reserves and make that available to the Exim Bank, who will sell the forex to approved local manufacturers who meet the programme requirements.

“The Exim Bank is the best entity to deal with this because they are in the business of exports and it’s all geared towards facilitating exports. When a manufacturer makes an application to Exim Bank to purchase foreign exchange, Exim Bank will use whatever skill and knowledge that it has to determine whether this is a reasonable application, and then they will sell foreign exchange to manufacturers.”

Imbert added that the Central Bank had 'no objection' to the granting of a license.

“I am reasonably confident that the facility will be in place by the end of this month because the biggest issue was to resolve how the facility would operate to get Central Bank (who) has no objection to the granting of a license."

Imbert said the Governor of the Central Bank, who is attending IMF meetings in the US, said the Exim Bank would get its license to trade in foreign exchange between this and next week.

“All that would be required after that is to publish the guidelines for applications by manufacturers to apply.”

“This is a special window; we’re making available US$100,000 of the country’s foreign exchange to approve manufacturers who are in the business of export."

Imbert said application guidelines will be published by the end of next week.