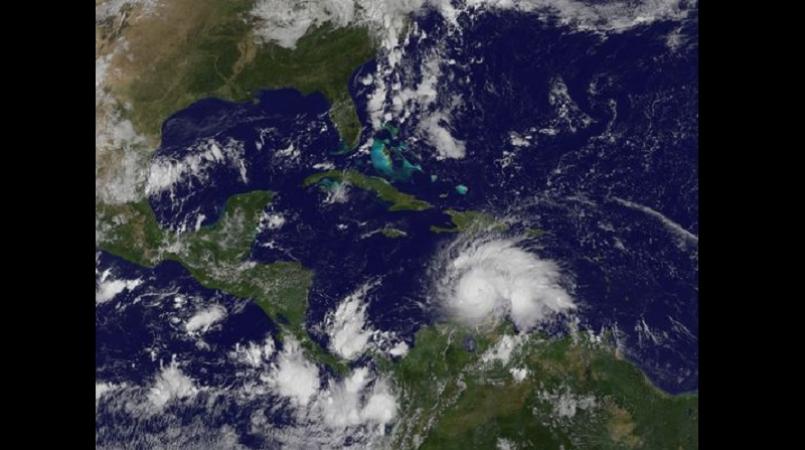 Forecasters said Thursday that they expect an active Atlantic hurricane season — an announcement that came as odds increased that the first tropical weather system of the year was forming in the Gulf of Mexico.

The National Oceanic and Atmospheric Administration forecast calls for 10 to 16 named storms, with five to nine hurricanes. One to four hurricanes could be "major" with sustained winds of at least 111 mph (178 kph).

If that forecast holds, it would make for a near-normal or above-normal season. An average hurricane season produces 12 named storms, of which six become hurricanes, including three major hurricanes.

"There are no strong climate signals saying it's going to be extremely active, like last year, or extremely weak," said Gerry Bell, the lead hurricane forecaster at NOAA's Climate Prediction Center.

In the short term, the National Hurricane Center said Thursday a mass of low pressure in the western Caribbean was becoming better defined and likely would become a subtropical or tropical depression by late Saturday.

The system currently off the southeastern Yucatan Peninsula was expected to move northward. Heavy rains were likely across western Cuba, much of Florida and the northern Gulf Coast into early next week. In the United States, the downpours could dampen Memorial Day, the unofficial start of the tourist season.

Florida's governor has directed state authorities to prepare flood response resources to help residents in the event of torrential rains.

Forecasters said they still expect this year to see the kind of atmospheric and oceanic conditions that have been producing stronger Atlantic hurricane seasons since 1995.

If an El Nino develops later this summer, it could suppress storm development during the season's peak months from August through October. El Nino is the natural warming of parts of the Pacific Ocean that changes weather worldwide and tends to reduce hurricane activity in the Atlantic.

Warm waters feed a hurricane's strength, while strong wind shear can pull it apart. If El Nino does not develop and water temperatures in the Atlantic Ocean and the Caribbean Sea warm up, that could fuel more storm development, said Bell, who was speaking at NOAA's agency's aircraft operations center in Lakeland, Florida. That facility is the base for NOAA's "hurricane hunter" aircraft that fly into storms to collect data used in storm forecasts.

NOAA predicted that 2017 would be an above-average season, and it certainly was: A trio of devastating hurricanes — Harvey, Irma and Maria — ravaged Texas, Florida, Puerto Rico and many Caribbean islands. Overall, last year saw 17 named storms, including 10 hurricanes.

Officials warned all coastal residents not to wait to make evacuation plans or preparations for protecting their homes and businesses.

"When you are predicting an active season, that's when you have more storms forming in the tropical Atlantic, and those storms tend to track farther west," Bell said. "That's why the Caribbean and the U.S. coast are more at risk."