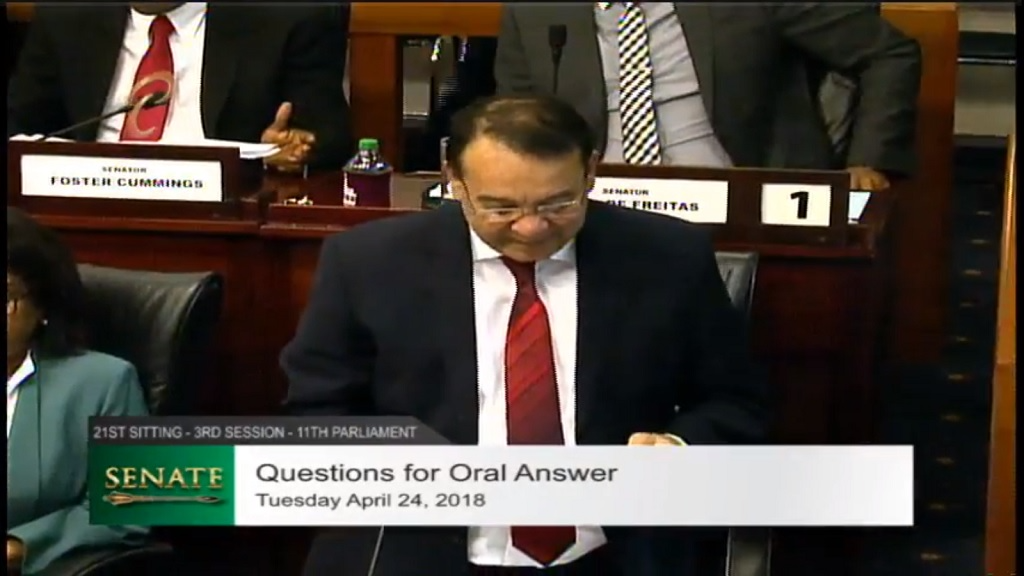 Energy Minister Franklin Khan said two external companies have been hired to advise the board of state-owned Petrotrin during the restructuring process.

Speaking in the Senate on Tuesday, April 24, 2018, Khan said “two of the world’s most renowned internationally known consultants, the company of Solomon and Associates and the company of McKinsey” were hired to advise the company.

Khan said this was due to the resignations of several board members due to the creation of a transition team to oversee the restructuring process.

“The board and management are responsible for the conduct of the restructuring of the organisation, however, the board has engaged external consultants which have specific industry expertise and experience to advise the board on the strategic issues related to the achievement of this mandate."

"In August 2017 the government agreed to the reconstitution of the board of directors and to the appointment as advisors to the board, persons with specialist skills and knowledge in the oil and gas industry."

“The board of directors have been given a mandate to govern and manage the company as a competitive business and as a sustainable, profitable entity."

“In the process of the execution of its mandate, the board had to contend with the resignation of Petrotrin’s president, the Vice President of Human Resources, Exploration and Production, Refining and Marketing and the Senior Manager, Strategy and Business Development.”

“This created a void in the management of the organisation. The board is currently in the process of identifying and recruiting suitable persons to fill these managerial positions."

“In the interim, to ensure continuity in the management of the organisation and the plans of its viability, government agreed to the appointment, in an executive capacity, of members of the board, and advisors with the requisite skills and experience to hold the position of Head of Refining and Marketing, Head of Finance and Head of Exploration and Production, Health Safety and the Environment. These appointments are for a period not exceeding six months," he said.

Khan said a transition team had been established to assume oversight responsibility for the company’s operations while the Board reorganizes the business into separate streams.

Espinet said the team is expected to be in place for three to six months while the Board finalises the reorganisation.

Petrotrin’s performance ‘lowest of low,’ company to be divided