Fake News: Imbert takes to Twitter to clear up reports on new ferry 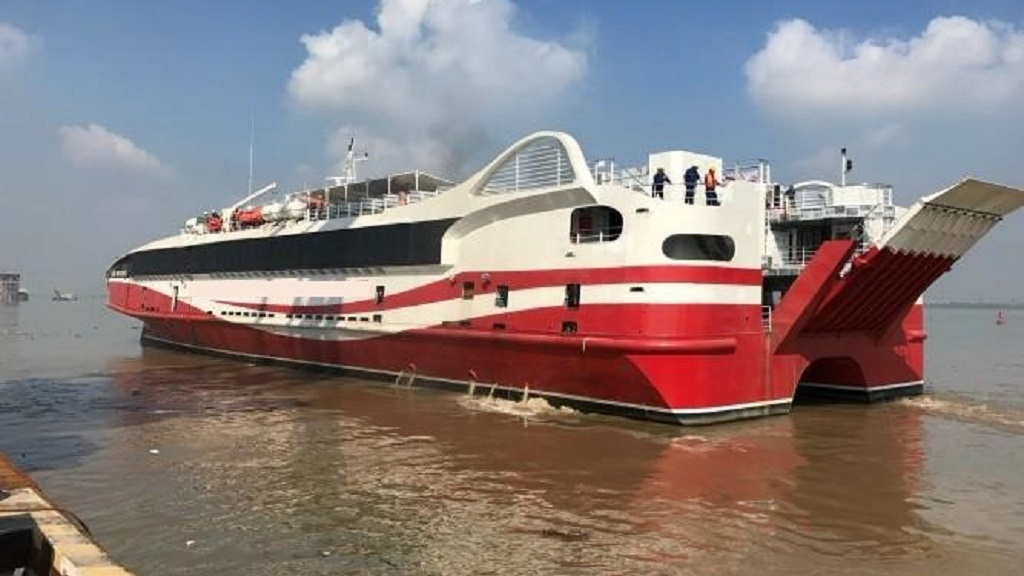 On Friday, one day after announcing that a new passenger ferry will arrive in this country in April, Finance Minister Colm Imbert took to Twitter to clear up reports on the vessel.

Imbert, in one of a series of tweets, debunked claims that the vessel was stuck in China.

He noted he surprised by the Trinidad Guardian’s front page headline, “Stuck in China.”

The Trinidad Guardian on Friday reported that the US $17.4 million catamaran would now arrive in T&T from China in April, indicating that the vessel would be delayed by a month.

This as it noted that two weeks ago, Imbert said the vessel would have arrived in two months.

However, the Finance Minister said the vessel is not stuck in China but is being snagged.

Related article :10 things to know about the Galleon's Passage

“Surprised at Guardian front page story. The new ferry vessel is not stuck in China. As stated in Parliament on Friday and yesterday, the snagging is almost complete and the Government will take delivery of the vessel in early February in China, after which it sets sail for T&T.”

The Finance Minister also maintained that the catamaran is brand new.

“The first stage of shipbuilding is steel cutting. Last stage is sea trials. The steel for the new inter-island ferry was cut by the Nansha Shipyard in Guandong, China on March 4th, 2015. Final sea trials conducted for GORTT in December 2017. The ferry is BRAND NEW.”

He also labelled as ‘fake news’ claims that the vessel was built in Australia.

On Friday, THA Minority Leader Watson Duke in a television interview claimed that the boat was built in Australia and was not fit to service the interisland Seabridge.

Duke called on the government to provide details on the new ferry.

He also suggested that government scraps the deal and build a new ferry.

However, Finance Minister noted that new boat was built from scratch in China.

“New ferry was not built in Australia and then sailed to China. That is fake news. It was built from scratch in China, starting in 2015. It has never been used. T&T will be the first user. If we were to order a new build ferry now, it wouldn't arrive until 2020.”