Fake US embassy in Ghana operated for 10 years until caught 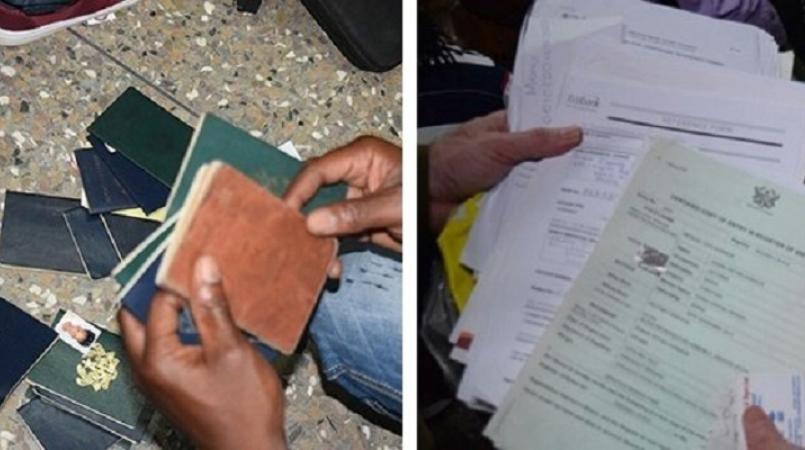 A fake US embassy in Ghana was reported to have been in operation for at least a decade, according to a report by the US Department of State.

The report, released on November 2, 2016, said the building in Accra, Ghana, flew the American flag and even had a framed photo of President Barack Obama, and signs indicating Ghanians were in the US Embassy.

The building was actually operated by organised crime rings consisting of persons from Ghanian and Turkish gangs, as well a Ghanian attorney practicing immigration and criminal law.

The "consular officers" were Turkish citizens who spoke English and Dutch.

The facility was allowed to operate for almost 10 years as the criminals running the operation were able to pay off corrupt officials to look the other way, as well as obtain legitimate blank documents to be doctored.

However this year the the assistant regional security officer investigator (ARSO-I) at the real U.S. Embassy in Accra, in cooperation with the Ghana Police Force, Ghana Detectives Bureau, and other international partners, shut down this fake embassy.

The investigation is a small part of the broader “Operation Spartan Vanguard" initiative.

"Operation Spartan Vanguard" was developed by Diplomatic Security agents in the Regional Security Office (RSO) at U.S. Embassy Ghana in order to address trafficking and fraud plaguing the U.S. Embassy and the region.

During the course of another fraud investigation in "Operation Spartan Vanguard" an informant tipped off the ARSO-I about the fake U.S. embassy, as well as a fake Netherlands embassy operating in Accra.

After receiving the tip, the ARSO-I, who is the point person in the RSO shop for "Operation Spartan Vanguard" investigations, verified the information with partners within the Ghanaian Police Force.

The ARSO-I then created an international task force composed of the aforementioned Ghana Police Force, as well as the Ghana Detective Bureau, Ghana SWAT, and officials from the Canadian Embassy to investigate further.

The investigation identified the main architects of the criminal operation, and two satellite locations (a dress shop and an apartment building) used for operations.

The fake embassy did not accept walk-in visa appointments; instead, they drove to the most remote parts of West Africa to find customers.

They would shuttle the customers to Accra, and rent them a room at a hotel nearby.

The Ghanaian organized crime ring would shuttle the victims to and from the fake embassies. Locating the document vendor within the group led investigators to uncover the satellite locations and key players.

The sham embassy advertised their services through flyers and billboards to cultivate customers from Ghana, Cote d'Ivoire, and Togo.

Some of the services the embassy provided for these customers included issuance of fraudulently obtained, legitimate U.S. visas, counterfeit visas, false identification documents (including bank records, education records, birth certificates, and others) for a cost of $6,000.

When the task force conducted raids, they arrested several suspects and collected evidence that included a laptop computer; cell smart phones; 150 passports from 10 countries; legitimate and counterfeit visas from the U.S., the Schengen zone, India, and South Africa; and counterfeit identity documents.

The dress shop acted as both a front for the operation— was open to the general public for alterations and the purchase of dresses—as well as housing some of the document production.

It was purported to house an industrial sewing machine they would use to re-create the binding on the fake passports.

During the raid on the dress shop the corrupt Ghanaian attorney lied to Ghanaian detectives by telling them they were not allowed to access the shop because it was involved in an additional court case.

The "additional court case" was determined to be fallacious, but it bought enough time for corrupt officials to arrange for bail for members of the organized crime group so that they could move the document production facility outside of Accra. Many of the documents also were exported elsewhere in Africa and to Europe through the dress shop.

Several suspects remain at large, but Ghanaian police have warrants for their arrest and plan to pursue them.

The investigation and search for the Turkish organized crime group is ongoing.

After the operation was complete, both Interpol and the Bureau of Consular Affairs were sent the information collected to enter into their databases.

At the request of the Ghana Police, DS Computer Forensic Lab will be assisting with forensic evaluation of the computer equipment seized in the operation.

The regional security officer in Ghana reports that as a result of this and other raids in “Operation Spartan Vanguard,” the export of fraudulent documents have decreased by 70 percent in West Africa, criminal leaders no longer have the political cover they once had, and multiple other investigative avenues have opened to DS and other law enforcement partners, and this is only the beginning.