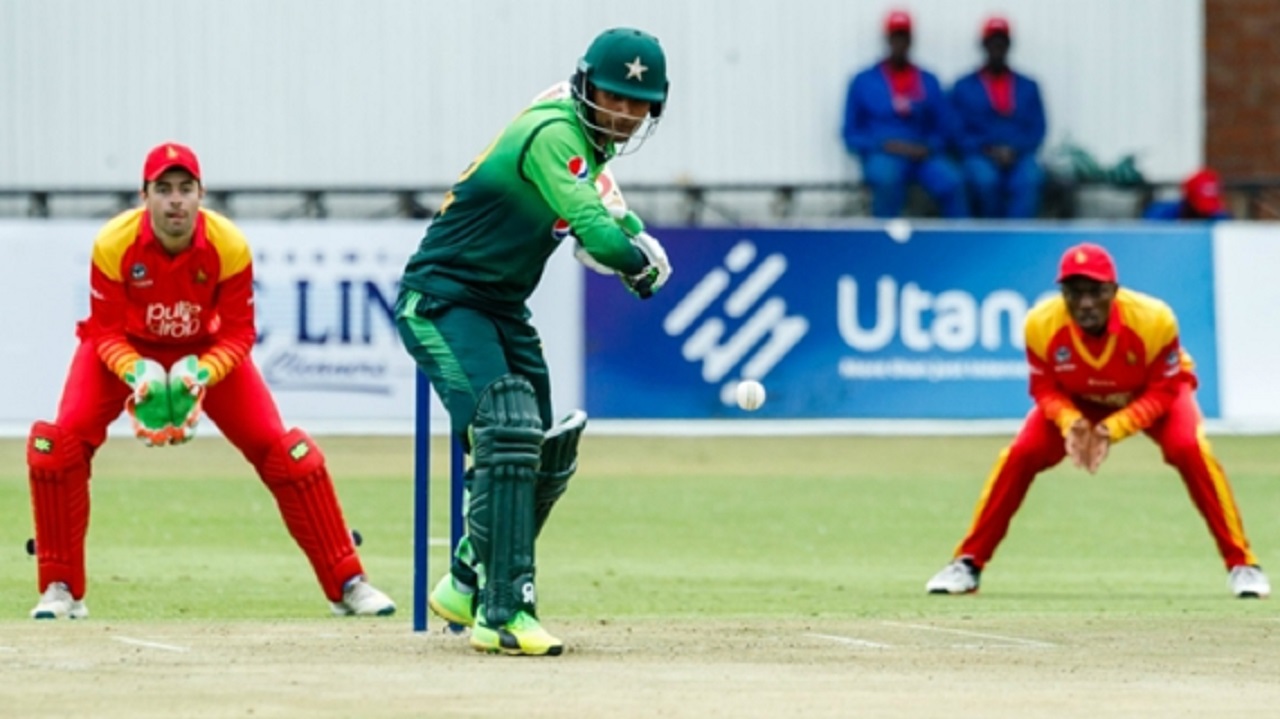 Fakhar Zaman in action against Zimbabwe.

Fakhar Zaman became the first Pakistan batsman to score a double hundred in an One-Day International (ODI) as his inspired knock spearheaded a 244-run victory over Zimbabwe on Friday.

Fakhar superb 210 not out broke the 21-year-old record of Saeed Anwar in becoming Pakistan's highest ever scorer in this format, as Pakistan also set a national record total ending on 399-1.

The 28-year-old's 430 runs in the series has seen two centuries, and is 145 more than any other batsman.

Pakistan now lead the series 4-0 and will hope to end the tour with a clean sweep in Sunday's final game at Bulawayo.

The opening stand between Imam-ul-Haq and Fakhar provided 304 runs, the highest by an international opening pair, before the former was caught on 113 off Wellington Masakadza (1-78).

Asif Ali's 50-run cameo off 22 balls kept the momentum going however, setting Zimbabwe a daunting total of 400 to win.

The hosts were never in contention as Usman Khan (2-23) sent Tinashe Kamunhukamwe (3) and Tarisai Musakanda (10) back to the paviliion in the first six overs.

Captain Hamilton Masakadza (22) was caught off Junaid Khan (1-32) after a spirited knock, effectively ending the contest as Junaid got his 100th ODI wicket.

The Zimbabwean middle order put up a fight, with Elton Chigumbura (37) and Donald Tiripano (44) making the score respectable.

However, Shadab Khan (4-28) and Faheem Ashraf (2-16) ensured that their resistance was broken as they eventually lagged to 155 all out in the 43rd over.