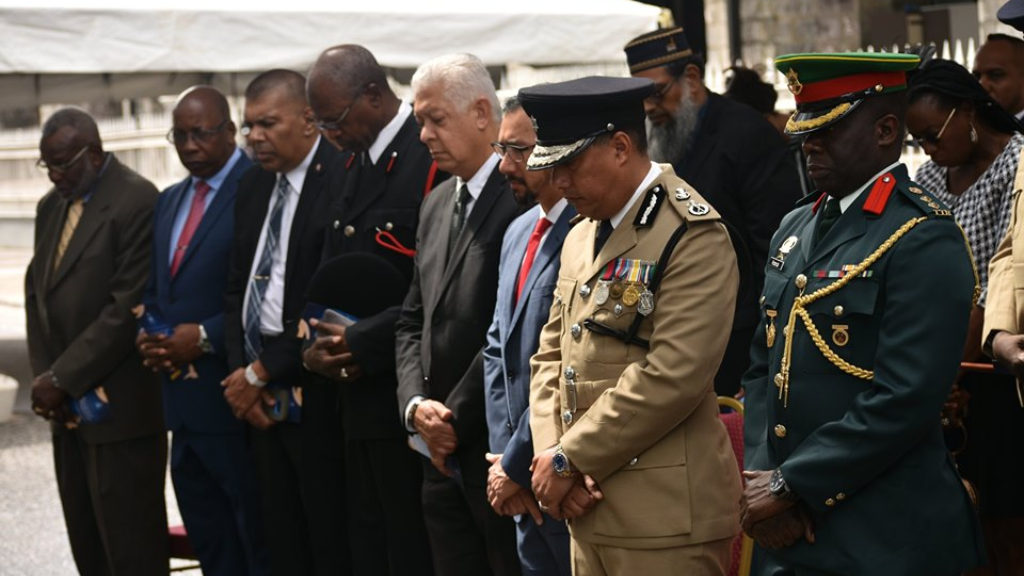 Photo via Facebook, The Trinidad and Tobago Police Service (TTPS).

Police officers killed in the line of duty were on Saturday honoured with the unveiling of a new memorial monument.

Now etched in stone is the name of every officer who would have lost their lives while defending the citizens of Trinidad and Tobago over the past 57 years.

Speaking at a ceremony at the Police Administration Building, Port of Spain, for the unveiling of the memorial monument, Police Commissioner Gary Griffith said he made the decision to establish this commemoration upon assuming office last August, as part of the I Support Our Service (ISOS) Campaign.

He explained that the monument was meant to forever remember and honour the men and women who have died while protecting and serving the citizens of the country.

“The daily sacrifice made is a noble one and deserves much more honour,” Griffith said, adding that the fallen officers represent pride, honour and dignity, bringing true meaning to the TTPS motto 'To protect and serve with PRIDE'.

Reminding all present that the officers made the ultimate sacrifice of their life and it should not go unnoticed, Commissioner Griffith expressed gratitude to the loved ones of the officers who would have experienced grief during their time of loss.

Meanwhile, National Security Minister Stuart Young who also spoke at the ceremony commended Griffith for undertaking such a task at an early time during his tenure as Commissioner.

The Minister stressed that such efforts cannot go unnoticed as the gesture is one in which the TTPS and the nation should take great pride.