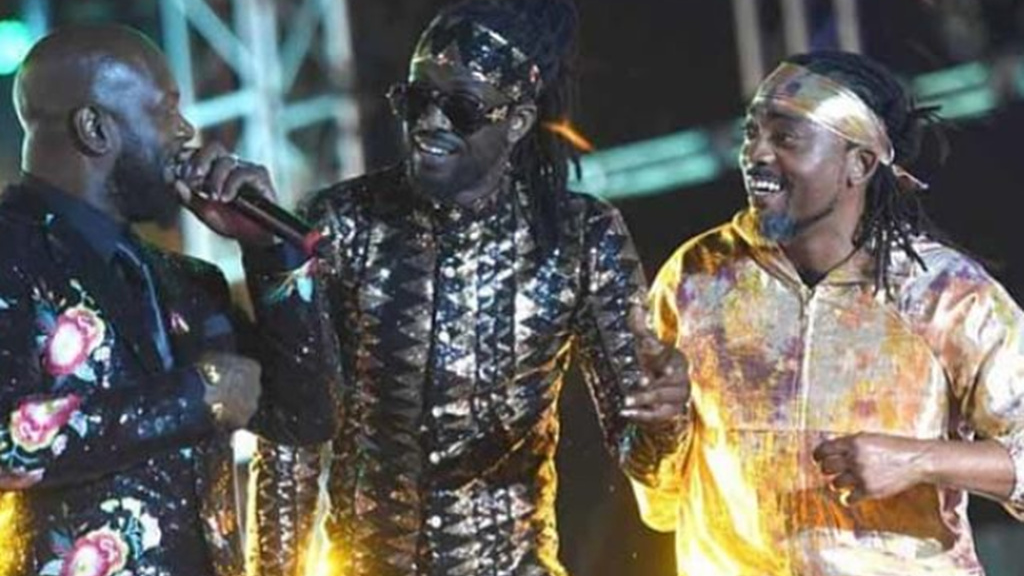 Although their song was a strong contender to win the Road March, the singers of 'Famalay' are today wrapped up in all sorts of emotion now that the song has officially won the title.

Machel Montano, Skinny Fabulous, Bunji Garlin and the producer, Dada Music, were all in various states of emotion when Loop reached out to them for their reaction.

“I am not sure how to describe the feeling at this point in time. I feel like happy might be too simple to define how I feel at this point but I am flustered with positive emotions,” he said.

“Even as it was happening and the preliminary results from what we observed on the streets it was looking positive and even with that, there was something in me that couldn’t believe it was happening and it kept me from embracing it. I didn’t want to be disappointed. I prayed very hard and I was surrounded by people that believed in the message in the power and the mission of the song. It wasn’t just about the Road March but connecting the Caribbean in such a way that the entire Caribbean was jumping.”

Skinny said back in St Vincent it is bacchanal as everyone is celebrating. He is the first non-national to win the title.

“From last night to this morning a lot of Vincentians didn’t sleep, they got up early, anxious to hear the results. It is a significant occurrence for St Vincent as well as we have contributed to soca for years but this is one of the times we could measure it and see it in a tangible way,” he said.

Krishna Lawrence, aka Dada, was also having a hard time processing his feelings.

He told Loop he was asleep when his phone began to blow up with messages.

“This is one of the best feelings I ever had in music, to see we are finally able to call ourselves Road March winners of Trinidad and Tobago. It was a roller coaster ride, Kees was so close. I didn’t know how to feel and to see we finally cross the line, I am really excited, tears are coming out my eyes,” he said, noting that it is a great achievement for his island of Dominica and their Bouyon music.

“To see we achieved something like this is so historic for all the islands. I feel elated, excited, overwhelming joy.  When I get back we gonna turn up Carnival all over again,” he said.

Ian Alvarez aka Bunji Garlin, was also asleep when the results were released.

“We all just wake up, it come like boom! We feel real, real good about it,” he said of his first Road March title which he said is a fitting way to celebrate his 20 years in soca.

“It is fitting that I am here taking in the moment with Fay. When the song came and I played the idea for Fay she said do it if you like it, do it if you genuinely feel that you have something to put it in the song to mean something to people so I really have to thank Fay,” he said.

“We just thankful for the moment, thankful people could enjoy it, that the song was one of the contributing factors to the atmosphere this Carnival in terms of Caribbean unity, the brotherhood and sisterhood of soca nations coming together and feeling that joy, it means something and it feels good,” he said.

When contacted Montano too was full of emotion.

“I am feeling very grateful, very emotional, full of real love. Every time I think about 'Famalay' I think about my team, my mum, Skinny, Bunji, Fay, all the families I see. I feeling an extended emotion for a lot of people,” he said extending that emotion to Kees Dieffenthaller, whose song 'Savannah Grass' placed second.

“They work so hard, the song is so beautiful, the song belongs to us too,” he said, stating that the songwriter for 'Savannah Grass', Jelani ‘Pop’ Shaw has also written for him.

Montano, who is currently shooting scenes for his video with Ashanti, said the difference between 'Savannah Grass' and 'Famalay' is the message.

Asked if he was going to go after Kitchener’s record of 11 Road Marches, Montano said he will go for 12 and 13 if he could to inspire young people to aim to beat that.

“I love writing and being part of songs that could lift up the whole Carnival and I don’t mean just Trinidad. That was the edge 'Famalay' had on 'Savannah Grass'. This is a Dominican produced riddim, with Vincentian writing and Trinis writing and producing. We have to understand that we have to open our arms and welcome the world to our space, our casa is their casa. Come here and celebrate and this is yours. So I will keep writing these songs and being part of these songs as much as I can,” he said.