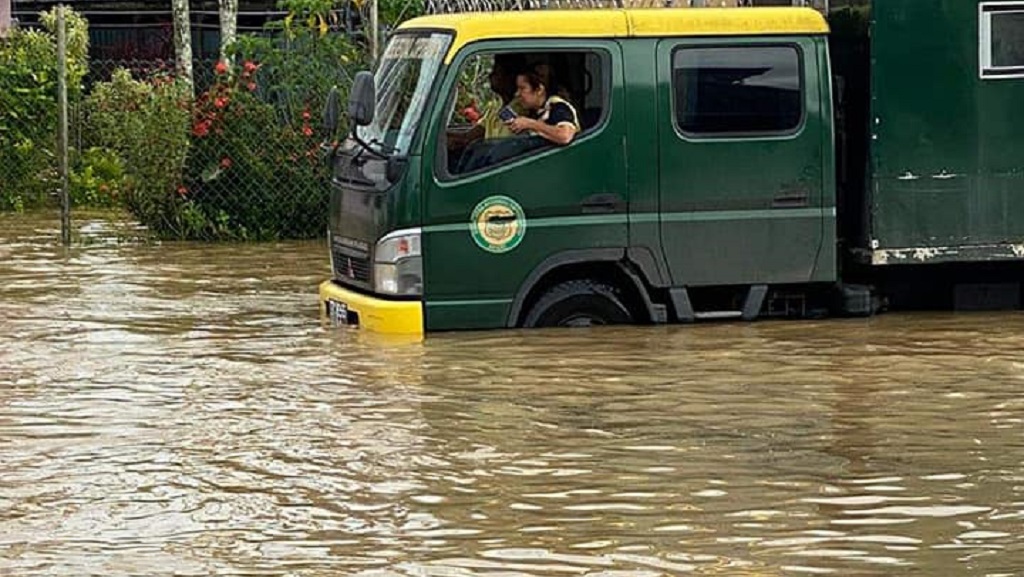 Some families said they are running out of food and water and are begging for help as floodwaters continue to surround their homes.

Floodwaters in Woodland are rising with spring tides and an Orange Alert for riverine flooding has since been issued by the Trinidad and Tobago Meteorological Service. 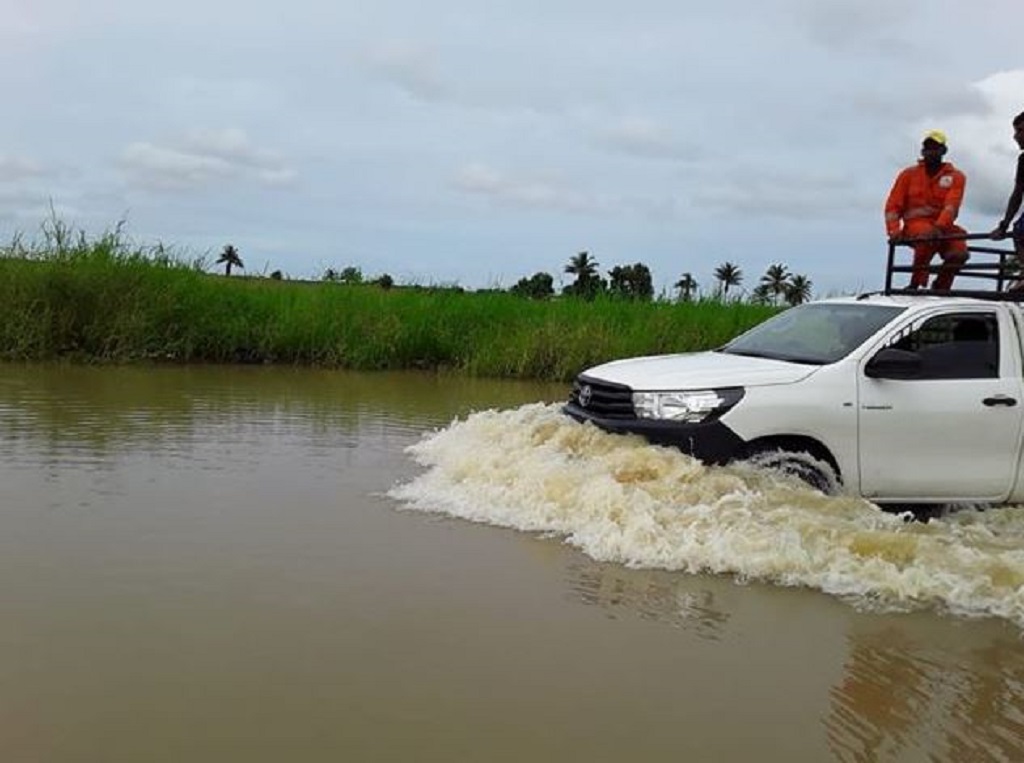 One Woodland family told Loop News they have been surrounded by knee-high waters since Wednesday morning, and the situation is getting worse.

“The water is rising right now, it’s knee-high and I’m 5 foot eight,” said Mr Sookram, who lives with his wife in Woodland, some distance away from the South Oropouche River.

He said during heavy rains the river becomes swollen with runoff and breaches its banks, flooding nearby areas.

“This is the third year we’ve been getting it, right now I’ve trying to tie the car down a little bit. It’s semi-submerged. The water so high on the road, only the trucks could pass. It’s just me my wife and my dog sitting on a barrel right now. I can see a boat passing,” he said. 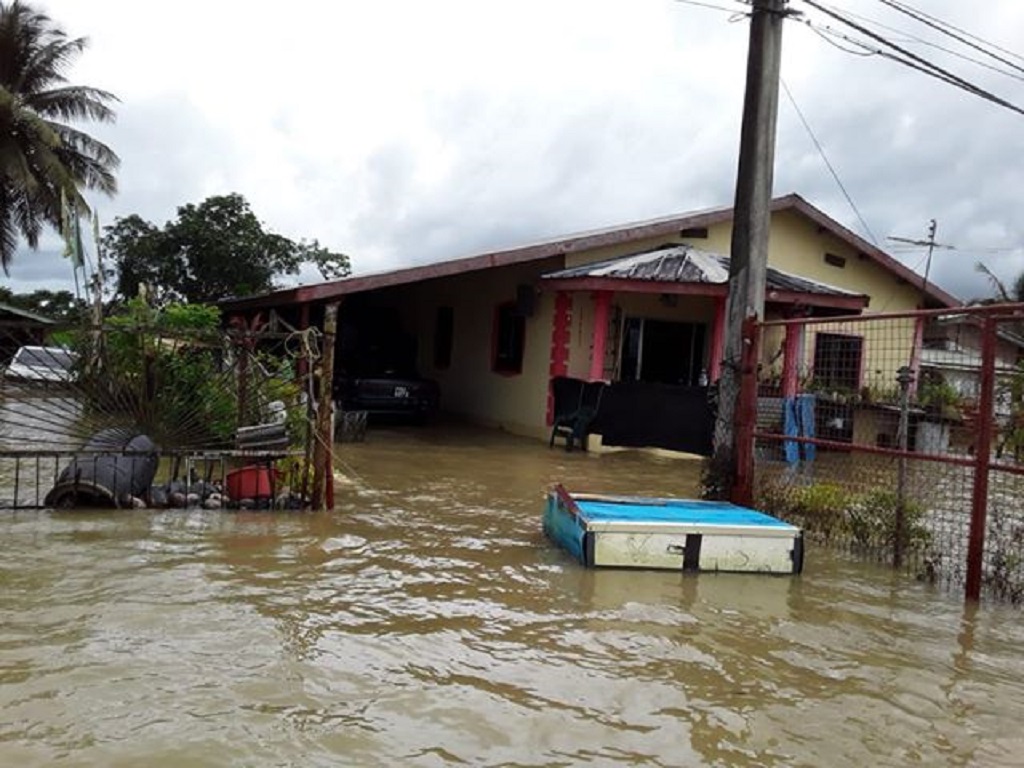 He said their drinking water and food supply is limited.

“Right now I’m surrounded by water. We’re very scared right now. Since 3.00 am I’ve been in this water. I’m trying to save what I can,” he said.

Nigel and Ananta Ramlogan of Branch Road #1, Penal, have two young children aged four and six and said they cannot leave their homes, and they are running out of food and water. 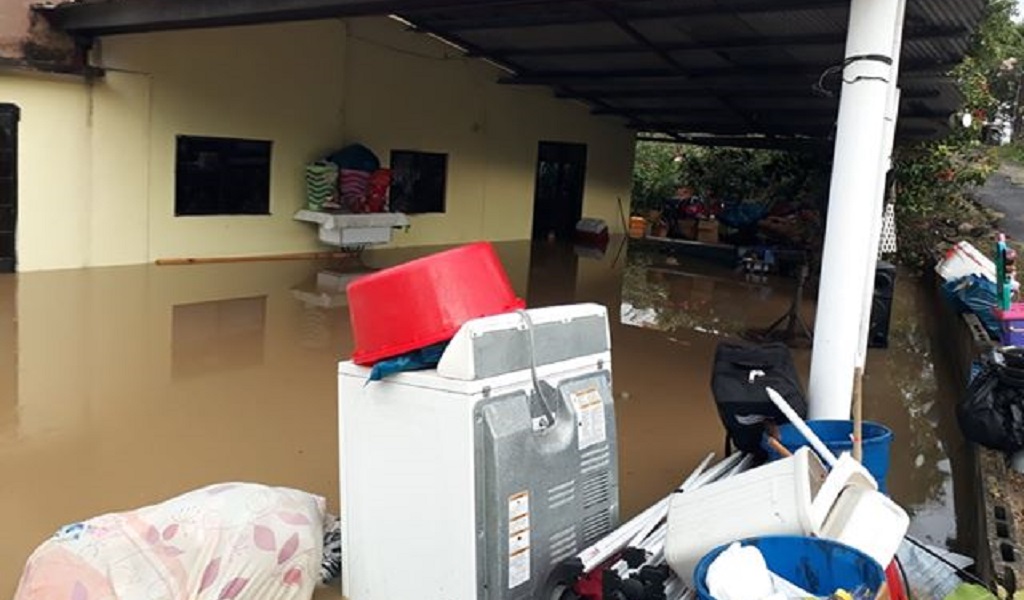 Nigel Ramlogan told Loop News that they have tried their best to raise their furniture above water level but there is nowhere else to go, and the water is rising.

“We tried to reach the hotlines but nobody answering, we were trying to get people to assist, the neighbours are helping out as much as they could because there’s not much they could do,” he said. 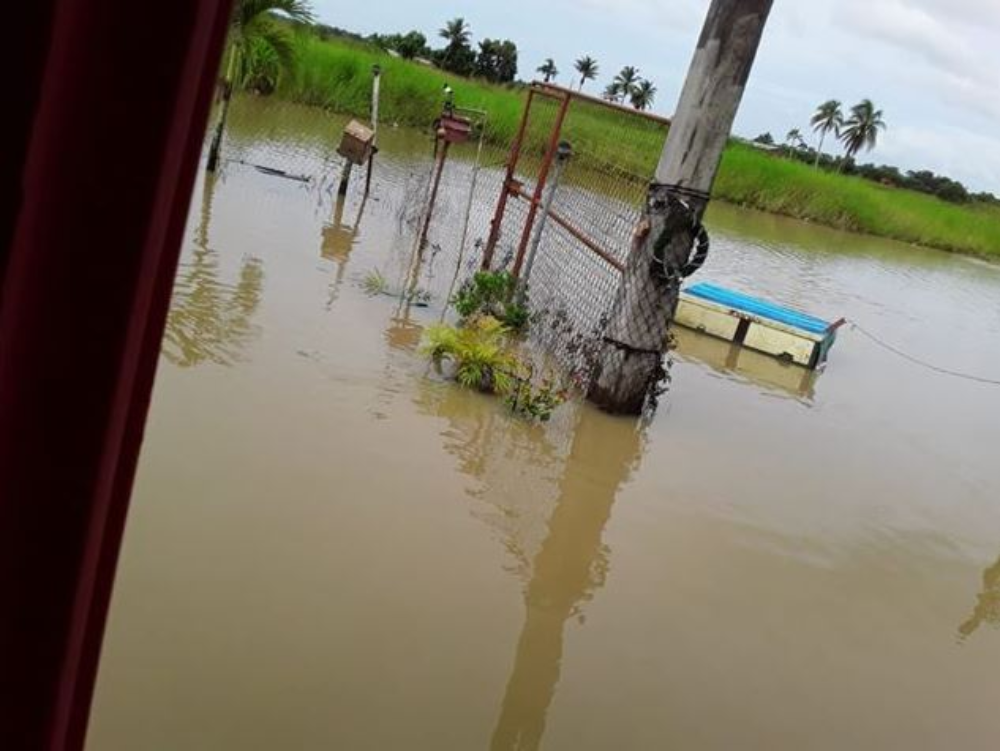 The family said a nearby river is the cause of the flooding, however over the past two years the flooding has worsened considerably. He is of the opinion that the river is not being dredged properly.

“The rivers in the area aren’t being cleaned, I spoke to some boatmen and they said it’s not cleaned, they only clean what you could see.”

“We feel abandoned. When there was no flooding they should have come out and cleaned it. But when it flooding what will we do? What is lost is lost,” he said.

He said they are running out of food and water.

“We know the authorities are stretched thin but we need something to eat and we need some water."

They have two daughters, six and four.

Even more frightening, he said, are the rising waters due to evening tides.

“That one river causing all of that and when the tide comes in, water will raise tonight,” he said.

Citizens are urged to contact their DMUs for assistance and their Regional Corporations if they would like to assist with relief efforts:

HDC: No flooding in homes in Greenvale