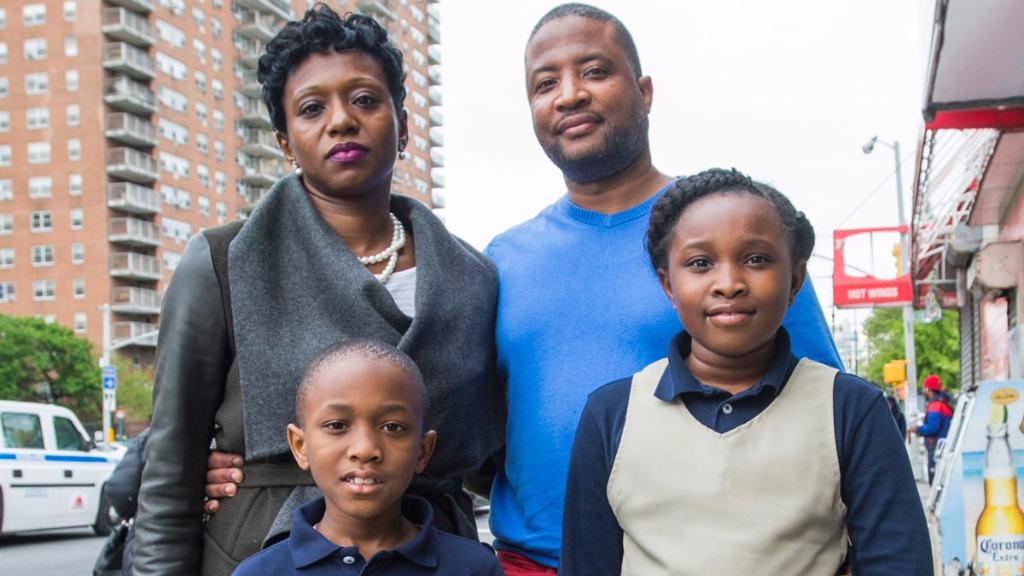 The Burke family is pursuing legal options after they were allegedly removed from a JetBlue flight over a birthday cake. (Photo: New York Daily News.)

A New Jersey family is pursuing legal options after they were removed from a JetBlue flight due to confusion over a birthday cake.

According to a report by the New York Daily News, the Burke family was heading to Las Vegas for a birthday party and had brought with them a birthday cake, which they placed in the overhead locker.

They were then asked by a flight attendant to place the cake under the seat in front of them, which they did.

However, a second flight attendant then approached the father, Cameron Burke, and asked him to leave the flight along with his family.

He refused, whereupon the airline called for the authorities to escort them off the plane.

Cameron Burke recorded the incident on his mobile phone, showing his crying children and concerned wife after Port Authority officers boarded the flight and investigated the matter.

Burke says they found no cause to remove him or his family and that they took down his information then left.

The airline then requested the entire flight to exit the plane, where they then refunded the family their flights and reward points and the family was then ordered out of the JetBlue space.

Burke says the attendant told him he was being non-compliant but he said the family had done everything that was asked of them.

However, the airline said the Burkes were at fault for storing the cake in a compartment designed for emergency and safety equipment, and refused several requests to move it.

JetBlue spokesman said the customers "became agitated, cursed and yelled at the crew, and made false accusations about a crewmember's fitness to fly".

Burke says he intends to bring legal action against the airline.

“I want the flight attendant fired, she has no business serving the public,” said Burke. “I hope JetBlue will retrain their staff and recreate the culture I once loved.”